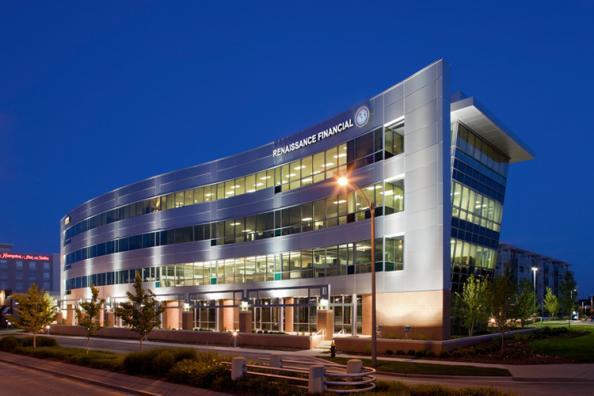 We’ve been St. Louis, MO general contractors since 1958, and in those 56 years, we’ve delivered many historic construction projects right here in St. Louis. This year, we’re celebrating STL250 by remembering some of those exciting projects. We built our St. Louis offices on the site of the old Forest Park Highlands Amusement Park. With a sleek curve and one-of-a-kind design, the building pays homage to The Highlands Comet rollercoaster, the most recognizable symbol of the old amusement park. In other articles, we’ve highlighted our restoration of the old Dorris Motor Car Company building and the construction of a crucial St. Louis distribution center.

One of our favorite St. Louis construction projects

We constructed our own St. Louis offices on a treasured site right in the heart of our town. And we preserved an important piece of St. Louis history in the design of the building. It’s one of hundreds of jobs we’ve done in the St. Louis area, and it’s one of our favorites. Here’s the story of this famous site.

The finest and largest open-air enterprise in the West

In 1896, the Rice brothers opened the Highlands Cottage Restaurant on the south side of Oakland Ave, right across from Forest Park. But it couldn’t quite draw in enough business, so the Rice brothers put in a horse-drawn merry-go-round to bring around more people. That little merry-go-round couldn’t keep the restaurant afloat, but it was the first ride in what became the Forest Park Highlands.

The restaurant quickly closed, but one year later, The Stuever family, who had financed the Rice brothers through the Home Brewery Company, took over the site. The Stuever family expanded the grounds, put in more rides and opened it back up in 1897 as ”The finest and largest open-air enterprise in the West.” 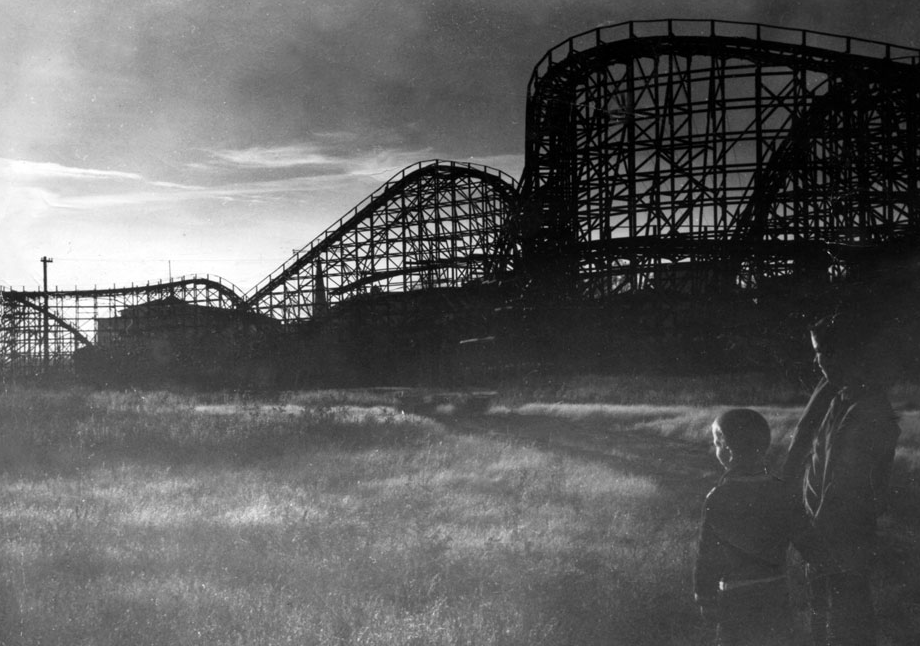 A special thanks to Doug Garner, author of “Forest Park Highlands,” for use of this photo.

For 67 years, the Forest Park Highlands rang with life, right in the heart of St Louis. Concerts and crowds. Comedians and bellowing laughter. Captivating stage performances. The roar of the rollercoasters. Children having that summer they would always remember. The Forest Park Highlands captured all the magic of summer in St. Louis.

It was the oldest and largest amusement park in St. Louis and was a favorite spot for school picnics. It once boasted the biggest outdoor swimming pool in the entire Midwest and one of the largest in the nation. In its early years, the Highlands had a theater that sat more than 3,000 spectators and hosted famous, gut-busting comedians, leading plays and stage performances. It was even a venue for big-ticket boxing exhibitions, featuring such punchers as the great Jack Dempsey.

At its height in the 1940s and into the 1960s, the Highlands sat on 14 acres of land — right next to the old St. Louis Arena. The Forest Park Highlands was a pride point for St. Louis. It’s a place worth remembering and has a legacy worth preserving.

It’s also worth remembering St. Louis Arena, or as many called it, “The Barn.” We’re proud to be near the historic site of that arena. And we’re proud that the commercial space that occupies its old spot is making a major and positive contribution to the economy of St. Louis. Our offices are part of Highlands Plaza, a 26-acre commercial development that’s one of the biggest in all of St. Louis. But in years past, St. Louis Arena sat on much of the land currently used for Highlands Plaza.

It was a familiar sight to see thousands of fans walking into St. Louis Blues games and a variety of matches. The Arena was home to major professional teams, such the Blues and the Spirits of St. Louis (remember the Spirits?) and even hosted occasional St. Louis Hawks games — before the Hawks moved to Atlanta. For 13 years, it was home to the annual Mizzou vs. Illinois Braggin’ Rights basketball game and such moments as the triple overtime thriller in 1993. That old barn hosted everything from the NCAA Final Four to soccer matches, concerts, political conventions, horse shows, circuses, boxing matches, Roller Derby competitions and even the NCAA Frozen Four ice hockey finals.

You may not remember it, but we owe many of those great sporting events and thrilling moments to our city’s brave firefighters. But for their tireless work on one afternoon, both the Arena and Forest Park itself may not even have survived the ‘60s. 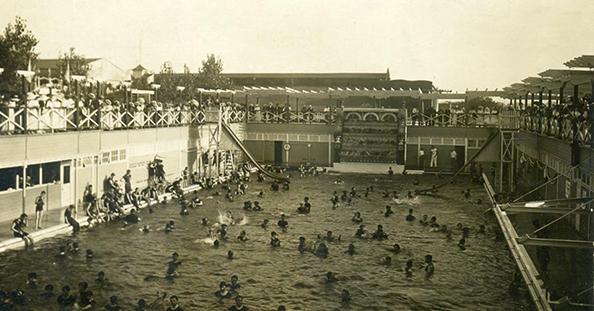 Fire brings an end to 67 years of summer magic

Through 67 years, the Forest Park Highlands amusement park survived three ownership changes, Prohibition, the Great Depression — by introducing “Dollar Day” — and even a season in 1915 when it rained 90 of 120 days the park was open.

But on July 19, 1963 our city was changed forever. A fire raged through the Forest Park Highlands and burned so hot pavement buckled on nearby Highway 40, stopping cars in their tracks. Firefighters couldn’t safely reach all the nearby fire hydrants but bravely battled the flames with water drained from pools at the Highlands. They stopped the blaze from spreading further than the amusement park, sparing St. Louis Arena and Forest Park from the fire. But they couldn’t save the rides, the dance hall or the grounds. Only a handful of the Highlands’ attractions survived the flames even partially intact: the pools, the Little Toot train, the Aero Jets, the Ferris Wheel, the Dodgems, and what was perhaps the most iconic symbol of the park — the Highlands Comet rollercoaster. The old St. Louis Carousel survived the fire and can still be seen and ridden today in Chesterfield’s Faust Park.

Following the fire, the St. Louis Arena Corp. sold much of the grounds to the Junior College District, and Forest Park Community College opened in 1967. But the Forest Park Highlands will always be part of our city.

A one-of-a-kind design to preserve a St. Louis legacy

Though that fire destroyed many things, it couldn’t erase 67 years of St. Louis summer magic. The memories are preserved in St. Louis lore. Treasured in hearts and minds across generations. Captured in the timeless moments of black and white photographs showing happily “terrified” faces as they roar by on the Comet.

And we’re honored that our St. Louis offices tip a cap to those classic St. Louis summers, by both name and design. Highlands Plaza Two Building is four stories tall, 70,000 square feet, has a sloping curve that faces Highway 40 and shares a striking likeness to the old Comet rollercoaster. The building is home to many businesses, and the Highlands Plaza complex houses many more. Our St. Louis team operates out of 11,300 square feet of LEED Silver certified space on the second floor of the Highlands Plaza Two Building. Those green offices use recycled materials, smart lighting controls and daylighting design concepts to reduce energy consumption. We proudly constructed the building in 2009. And today, we proudly use it as a base to build throughout St. Louis. 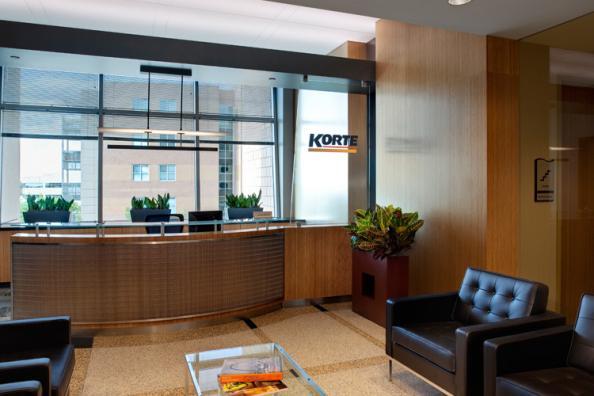 In 1958, our company started out with little more than three people, a truck and a saw. Through 56 years of building, we’ve grown from a small team of builders to a recognized national leader in Design-Build construction. We’ve proudly built many of St. Louis’ historic buildings and constructed a wide range of facilities nationwide. Our team has delivered Design-Build, construction management and general contracting projects, and we’ve completed every job on-budget and on-time.

To learn more about our build smart construction approach, click below and download our guide to company culture in construction.