Alex Ayres always thought he wanted to be an architect.

“It started with LEGOS when I was five or six. That’s always been my interest: how things go together, specifically buildings.”

His scenic hometown of Eau Claire, Wisconsin is famed for its sawmills, not architecture. But thanks to his father’s work in real estate and industrial engineering, Alex spent some time on active construction sites as a kid. He loved being in unfinished buildings, walking through open walls. When he decided to pursue architecture at the University of Michigan, his family was thrilled.

“I don’t think any of us had the concept of just how theoretical it was. They were encouraging because they knew I’ve always been drawn to building … But there’s a disconnect with what the practice of architecture really looks like versus what the schooling of architecture looks like.”

At college, he met aspiring architects who shared his childhood enthusiasm for LEGOS and K-NEX. And he loved the designing and drawing. But something was missing.

“Things were very conceptual or theoretical, and that was a turn-off for me. I am not interested in pontificating about ‘the meaning of an arrangement of spaces.’ I’m interested in the execution, the how-we’re-going-to-get-materials-to-site within a time frame, a cost constraint, and actually putting it together well, as opposed to what it means for post-modernism.”

His father worked in sand and gravel. Alex hoped to build his career in a field where the labor was just as tangible, reaping the satisfactions of real-world outcomes.

It’s not easy to give up on a childhood dream. But when Alex shifted from architecture to construction management, he didn’t give up anything. 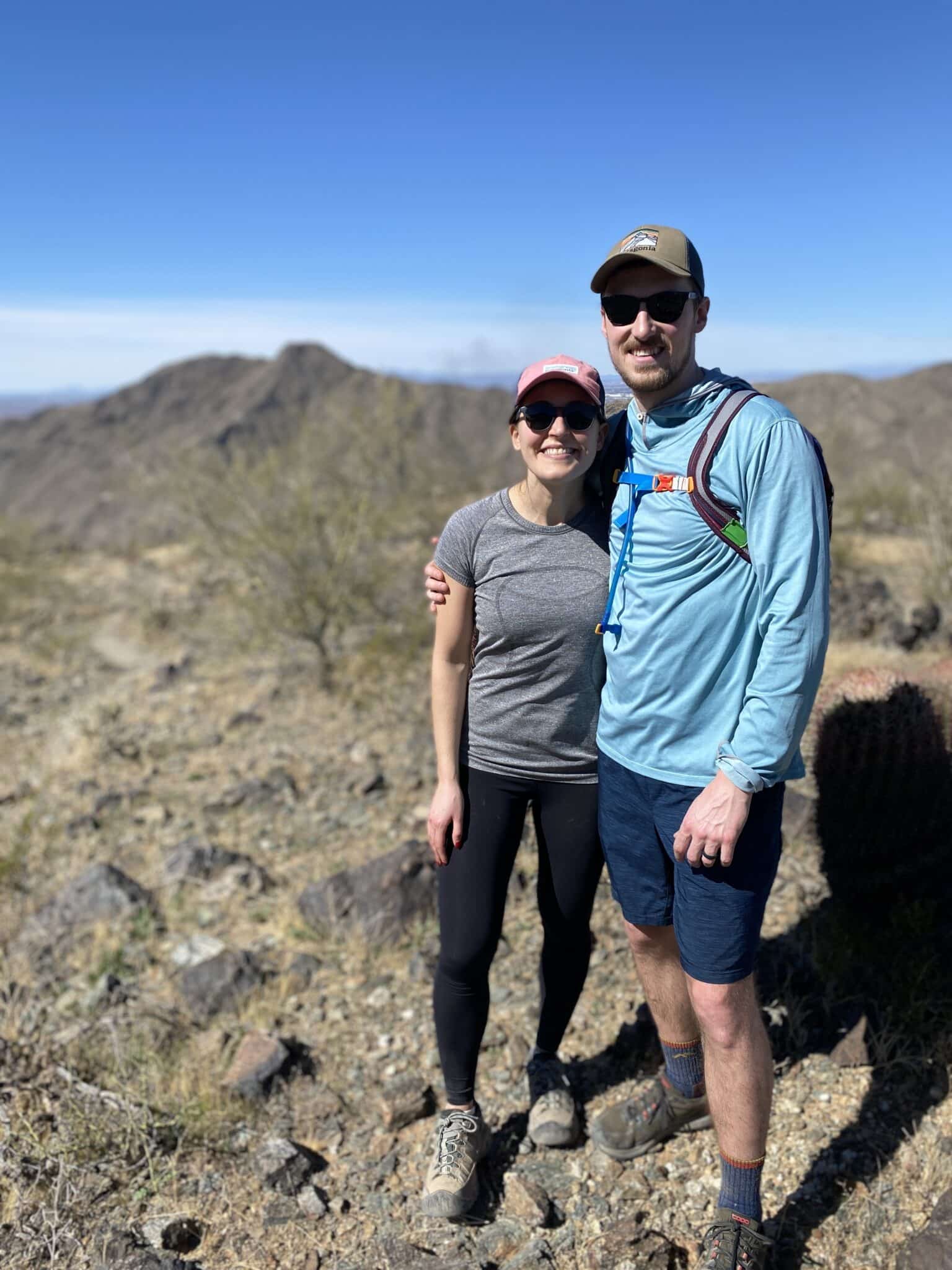 Pivoting to the real world

Alex finished his architecture degree and then pursued a double Master of Architecture and Construction Management from Washington University in St. Louis. As a first-year graduate student, he sent cold letters to a handful of regional construction companies, including The Korte Company.

They weren’t looking for interns at the time. But Alex was hard to forget. The next summer, he joined the team as a Project Management intern. He gained hands-on experience creating proposal schedules for complex, highly regulated military jobs.

“Construction scheduling has a good way of informing the rest of the process because it implies the order of operations in which you build something. If you’re familiar with that, you can become familiar with many other pieces of the construction process.”

Working on projects with actual stakes was even better than he had imagined, and projects at Lackland Air Force Base and navy training facilities kept him busy. He caught on quickly and discovered a knack for document management.

“The schedule’s a very small piece of a huge proposal, but an important piece, nonetheless. I felt fortunate to have the opportunity to help Korte get that work.”

One of Alex’s favorite projects involved occupied buildings. They require construction teams to work around strict phasing requirements so other sections of a site can operate. That summer, he learned how to sequence work so that the Branch Health Clinic in King’s Bay, Georgia could keep treating patients.

“It was open and operating the entire time that we were under construction. That was a challenge. We were having a lot of conversations about, ‘Hey, if we have a 5,000-square-foot-section, how long should it really take to install lighting?’ I think those early conversations really informed how I would think about the rest of my career.”

Pioneering a new role at The Korte Company

When the fall semester started again, Alex didn’t let up. In addition to his full class load and graduate teaching assistantship, he clocked 15 hours a week at The Korte Company. As graduation approached, he interviewed with four construction companies for full-time work.

But only Korte offered a flexible path forward, and that’s what Alex needed to thrive.

He started as a project engineer, specializing in Army Corps of Engineers and Naval Facilities Engineer Command work, including the Joint Simulation Environment facility at Edwards Air Force Base (AFB) in California. The Korte Company was already using modeling software, but Alex saw an opportunity to use new technologies for even better outcomes — especially when it came to scheduling and information sharing.

“It used to be that just one person, usually superintendents, had a bird’s eye view of the timeline. Scheduling software allows the order of operations to be defined so it’s not just in one person’s head. All the stakeholders can see and understand the sequence and the implications. Instead of guessing at what the impact will be, we can put in the date and duration and very quickly get results.”

It’s hard to quantify the impacts of technology, but Alex knew that increasing project efficiency meant increasing profitability for the company. He honed this idea as he shifted into project management for the next two years. And just a year later, he became the construction technology manager.

It makes him chuckle. For one thing, quantifying the objective value of software is mostly hypothetical. But organization on a construction project is invaluable — and software like Procore, HoloBuilder, Navisworks and P6 make that possible. In the industry, storing all the files and information for a job into one, shareable space is known as the “single source of truth.”

“It’s paramount. Without these tools, we could have lapses in communication that might cause half a million in change orders.”

The goal is visibility. It’s giving everyone access to the information they need, when they need it. 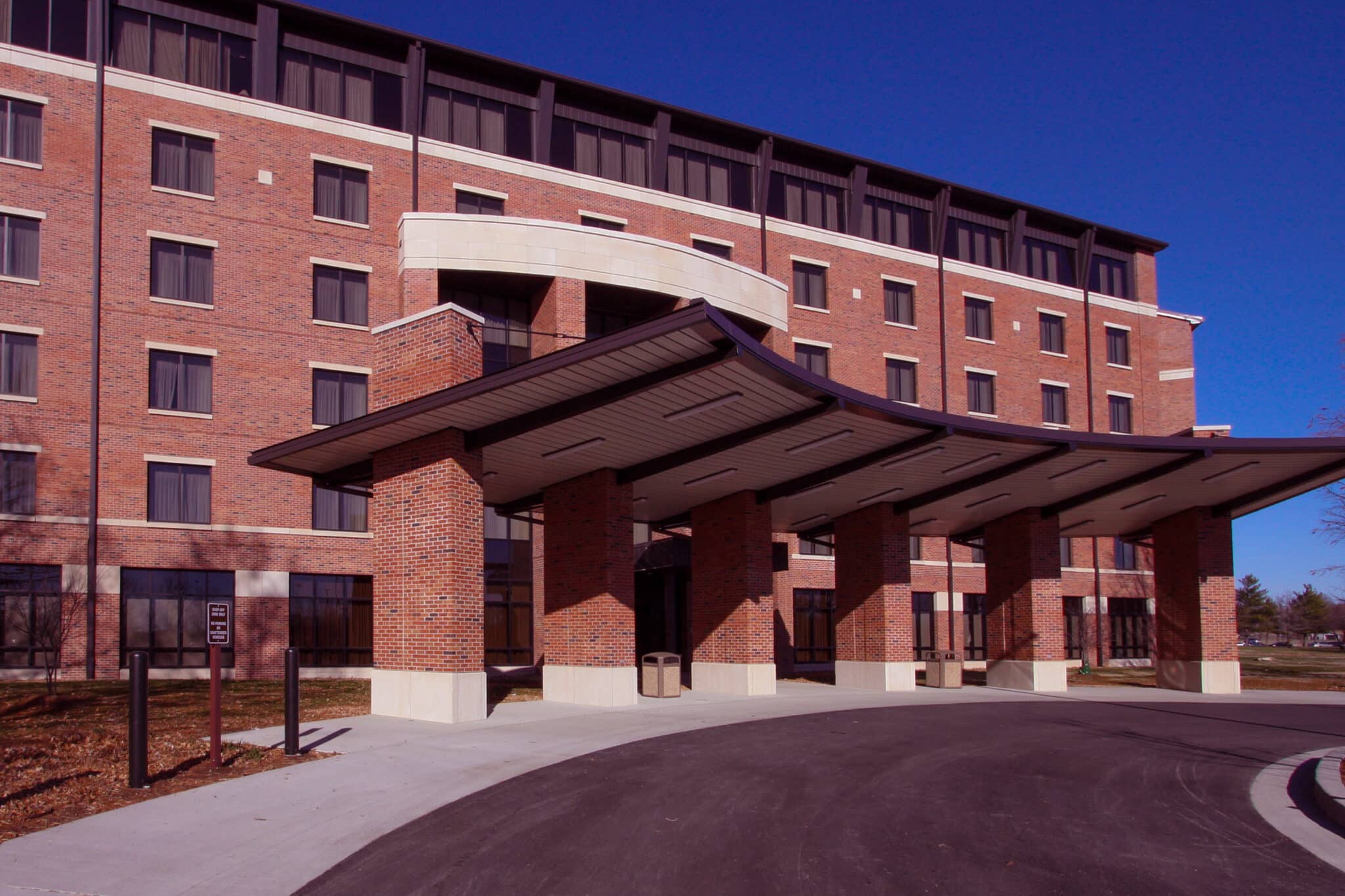 When brickwork fell behind at the visiting quarters on Scott Air Force Base, it had a cascading effect on window installation. A construction foreman suggested installing metal support tabs on every window to hold them in place until the brickwork could catch up. But how would that affect the project’s long-term schedule? What would’ve taken hours to solve on the drafting table, Alex could verify in seconds with P6.

“It was very satisfying to plug the solution and see, ‘Oh yeah, we’re on time.’ And then communicate that to the owner instead of arguing about being behind.”

For example, the 3D modeling software Navisworks doesn’t just show clients what the finished building will look like. It helps The Korte Company prevent mistakes at every step of a project. If one subcontractor installs roof drains at a specific slope percentage for proper run-off, but another decides to place an AC duct in the same spot, Korte’s modeling process catches those oversights. Filtering this information through the software stops problems before they ever start.

“Navis itself is not new to Korte, but it is new to our efforts on the project management side. Ideally, folks in the field can reference the model just as reliably as paper drawings. So they could take measurements from it, move certain drain pipes or mechanical ducts around in it to see a certain configuration. This is about minimizing conflicts as much as possible, so everyone is on the same page.”

At the end of the day, it’s always about people

Alex depends on a whole suite of other technologies — Procore, Primavera, Revit, Bluebeam Revu, Holo Builder — but “technology” is only part of his job title. The “management” might be the most important part of what he does every day.

By Alex’s estimation, he spends more than 40 percent of his time developing people. He oversees more than 20 employees. His mission is to facilitate the right conversations around how and when to use the software he’s introduced, even when it boils down to simple “data hygiene” fixes, which can mean uniform naming conventions or organization.

Whether it’s small or big solutions, his efforts have big impacts on job sites. From helping buildings go up to keeping subcontractors safe through proper phasing, Alex knows first-hand just how much scheduling software like P6 can simplify someone’s day… if they know how to use it.

But getting other employees to trust and use that technology isn’t always easy. That’s where his time in the field comes in handy.

“It’s a familiarity issue with being able to shoot the bull with the folks on site and know what they’re actually talking about, speaking the language. If you’re not familiar with those folks in the field, they’re not going to listen to you because they don’t trust that you can empathize with what they’re actually doing on a day-to-day basis, which is different from what happens in the office.”

When Alex joined The Korte Company, he thought the most satisfying part of his career would be about watching real buildings go up on projects like the Harrisburg Medical Center, Cannon Air Force Base, Monroe-Greg School District and the Montezuma Creek Community Health Center. But his favorite moments now come from helping his own colleagues.

“That’s why I do it. When you see the proverbial light bulb go on for field folks, that’s the most you can ask for. It means the software is going to enable them to do their jobs better and inform what we do back in the office better. That’s an awesome experience.”

It’s because of Eau Claire

When he’s not on the clock, Alex is a family man. He lives in St. Louis with his wife, Emily. Earlier this year, they welcomed their first child, Evelyn, into the world. Right now, his focus is at home, from cooking for his family to working on their new house. He even built his own desk for his home office.

“It’s an ongoing project, all the things I want to knock out. But I just like to be outside with my wife, daughter and dog as much as possible.” 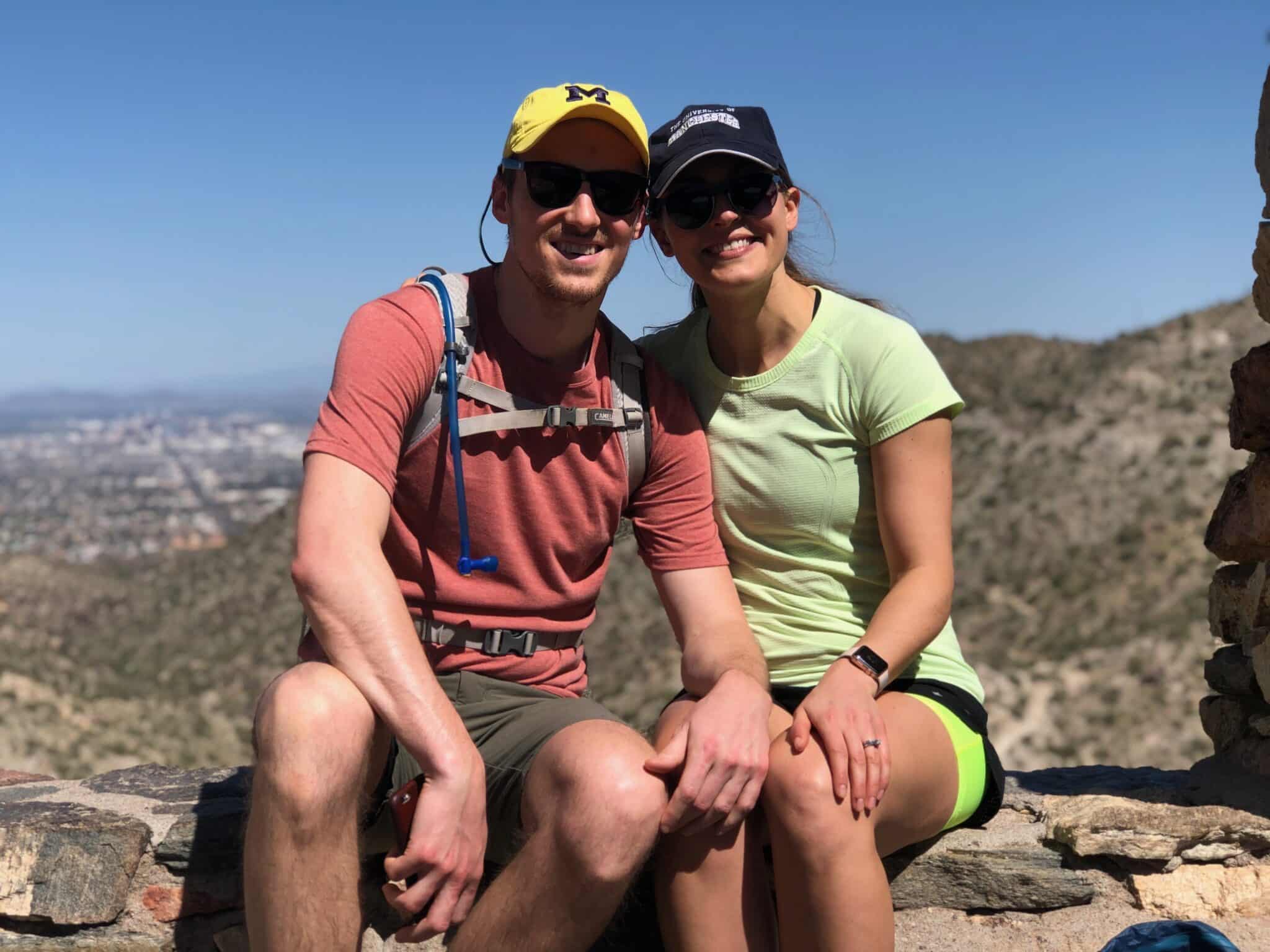 When time allows, they go back to his hometown. That’s where his two younger siblings still live. It’s also where his parents met, became high school sweethearts, and got married. It’ll always be home. These trips back to Eau Claire are important for Alex because it’s how recharges and reconnects.

And it reminds him that the community he came from taught him how to build community at work.

“That’s been helpful as a larger loop within my life, for sure. My parents always lived in that town, and we have a large social network. I think that’s helped me be a better communicator because I’m always talking to my friends, parents, relatives, this big group of folks. In hindsight, that has helped me have clear conversations with the guys and gals out in the field when I’m trying to teach them software.”

When Alex thinks about his success at The Korte Company, he likens its culture to that of his own hometown.

“It really manifests in approachability. If you have a question for someone, there’s no hesitancy built into how folks talk at Korte. It’s open and loose in a good way, and I hope to set that culture and tone with all the folks that report to me, too.” 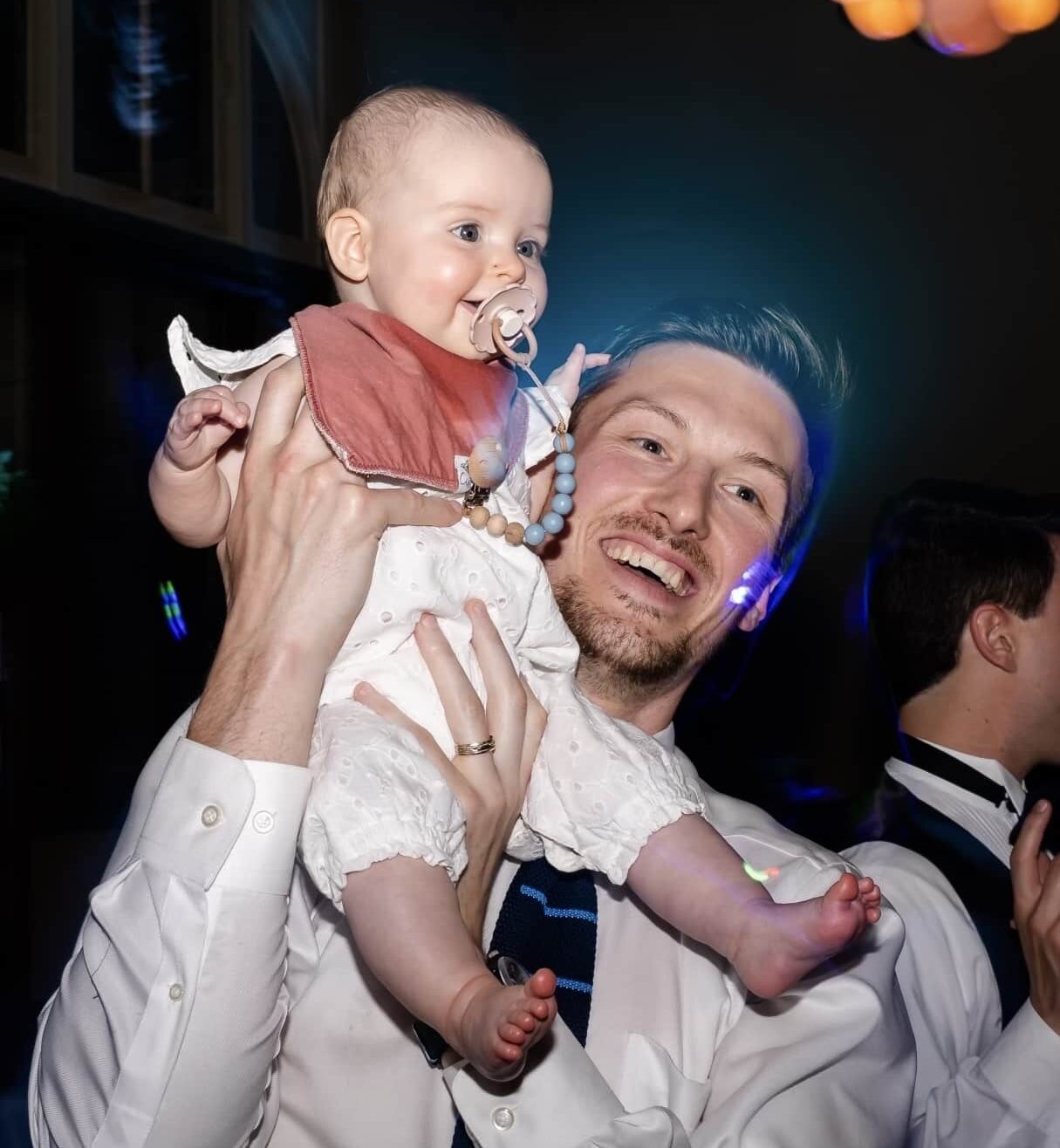