The job is the boss. And it’s our mission to make the boss happy.

There’s nothing quite like it. That satisfaction of a finished construction project made happy. It’s the moment when every nail has been driven, every concrete panel placed and every detail managed. It’s one of the biggest reasons why we build. Getting the job done. And done right. The first time.

Let us introduce you to Brian Dziewa. He’s one man who’s accustomed to the feeling of success. As a team member of Korte Hammer Down Racing, Brian knows it well — he’s experienced it many, many times on a bike.

“I made the race so hard that guys had already quit and were drinking beer,” Brian said.

That’s him describing a local, St. Louis training race he recently won. Part of his year-round regiment, the race represents a small part of the nearly 15 hours per week he trains for competitive races.

“I attacked as hard as I could on the first lap and just did everything I could to keep the pace high,” Brian said. 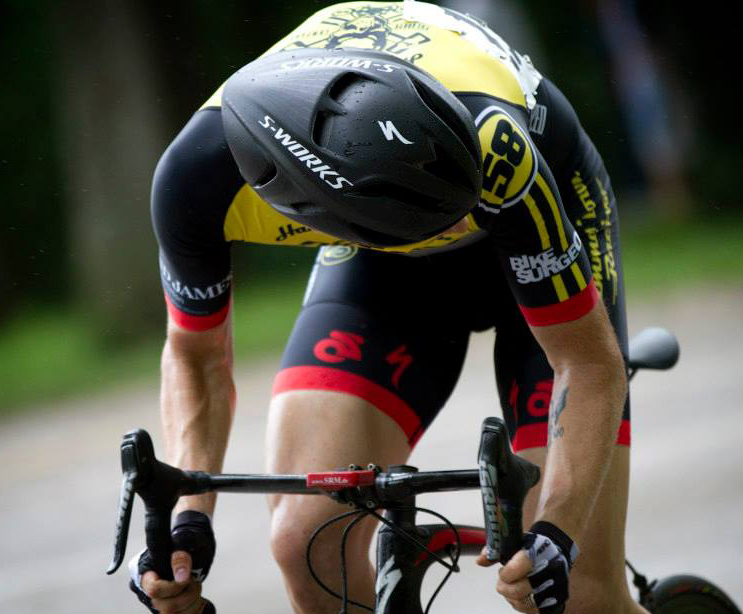 Though starting with a sprint was effective in this training run, Brian explained to us that winning at a high level over the course of a season is about achieving sustainable power. That’s how he stays strong and competitive in each race. He usually waits until a few weeks away from a big race to change his routine from 20-minute and 1-hour efforts during training sessions to three-to-six-minute sprints.

You might be asking what motivates him to go through the grueling training runs and spend countless hours on a bike? Well, like all those who put care into their craft, he simply loves what he does. But there’s a little more to it than that.

“I’m naturally a competitive person, and I love riding a bike. It’s kind of like an addiction. But honestly, it’s just the competitive nature. I like to beat people.”

Now a married lawyer for Monsanto, Brian once chased his dream to be a professional cyclist his first four years after graduating college. For three years, he achieved quality results in competitive amateur events, then he earned a contract with a pro team called Jelly Belly and raced professionally for one year. While he’s no longer looking to ride with the pros, Brian still has a competitive fire in the belly.

“I ended up in a breakaway with one other guy about 20 minutes in,” Brian said. “There were already people who had started our race who had quit.”

You can sense the satisfaction.

Though it’s his first year on the Hammer Down team, Brian brings competitive experience, ability and leadership to the team. Amateur cycling has five levels of racers, from Category 5, the least accomplished, to Category 1, the most competitive. As one of Hammer Down’s two Category 1 cyclists, Brian makes the team dangerous on the regional circuit. He and his teammates earned a 6th place finish in Category 1 of the highly competitive Joe Martin Stage Race this April in Fayetteville, Arkansas. And he’s helped other cyclists step up to higher levels of competition on the team too.

The biggest thing he’s learned from hundreds of races throughout the Midwest, in California and China?

“How to train right, but also to enjoy it,” Brian said.

Why The Korte Company puts the hammer down for Hammer Down

At The Korte Company, we take pride in a job well done. We work hard. We build smart. And we deliver. It’s for that reason we believe Korte Hammer Down Racing is a good place for the Korte name. The team members of Hammer Down work as a unit to achieve team goals. As the title sponsor for the team, we share that sense of passion and satisfaction in getting the job done.