Susan Bowman’s affiliation with Girl Scouts started early. She was 7 when three local moms stepped up to lead a troop.

Donna Korte, the wife of our company founder Ralph Korte, was one of the three.

The formation of that troop put Susan on a journey with the organization that she’s still taking more than 50 years later.

Girl Scouts, a nonprofit serving over 2 million girls worldwide, believes in the power of every G.I.R.L. (Go-getter, Innovator, Risk-taker, Leader) to change the world. The organization encourages girls to explore the world around them and to realize what is possible for themselves.

Susan, our Chief Financial Officer, credits Girl Scouts for many of the happiest and most formative moments in her life. 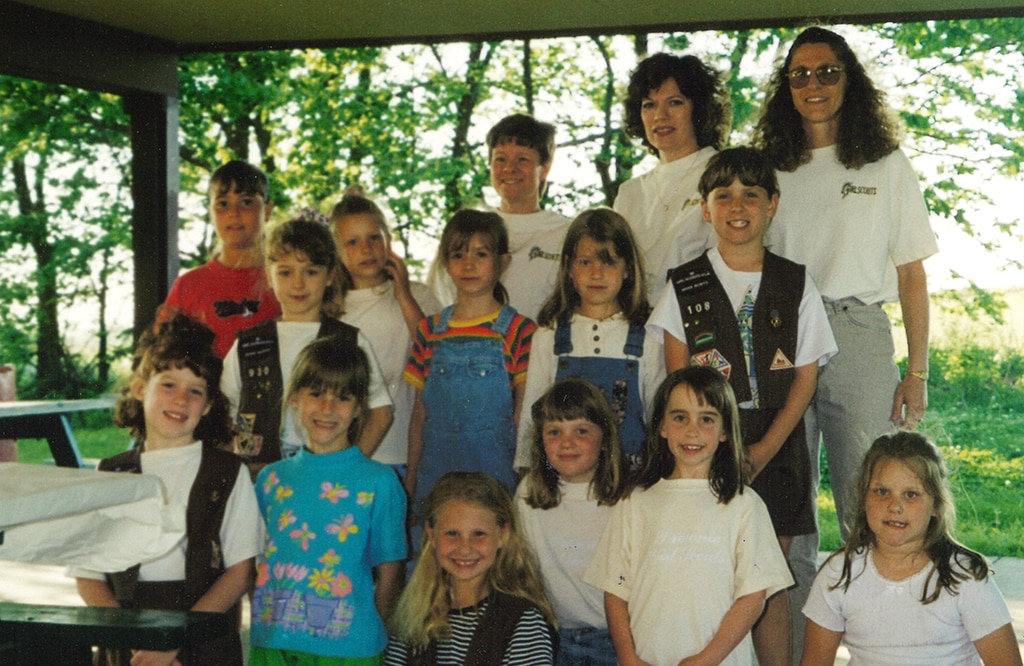 An organization of opportunities

“Girl Scouts has provided me with so many opportunities, both as a child and as an adult,” Susan said. “I wouldn’t have had the same experiences, like traveling, if I wasn’t involved in the Girl Scout movement.”

Traveling was a big part of Susan’s participation as a Girl Scout. All year long her troop would host bake sales, sell crafts and raise funds to offset the cost of two-week summer trips. Those trips were the source of much of Susan’s admiration for her peers and troop leaders.

For example, long before email and cell phones, troop leaders coordinated far in advance via land line phone calls and snail mail to line up lodging in church basements or school gyms for the girls. Once, en route to a Virginia camp site to which they knew they would arrive very late, the scouts developed what Susan called a “Caper chart” to assign groups of scouts to different tasks to ensure the troop disembarked at set up the camp site quickly and efficiently. (Kind of like how we plan Design-Build construction projects when deadlines are tight.)

Another time, when their bus broke down on a mountain highway in West Virginia, the troop leaders—again without the convenience of cell phones—kept the girls safe, secured lodging for a few days and coordinated bus repairs so they could get back on the road. 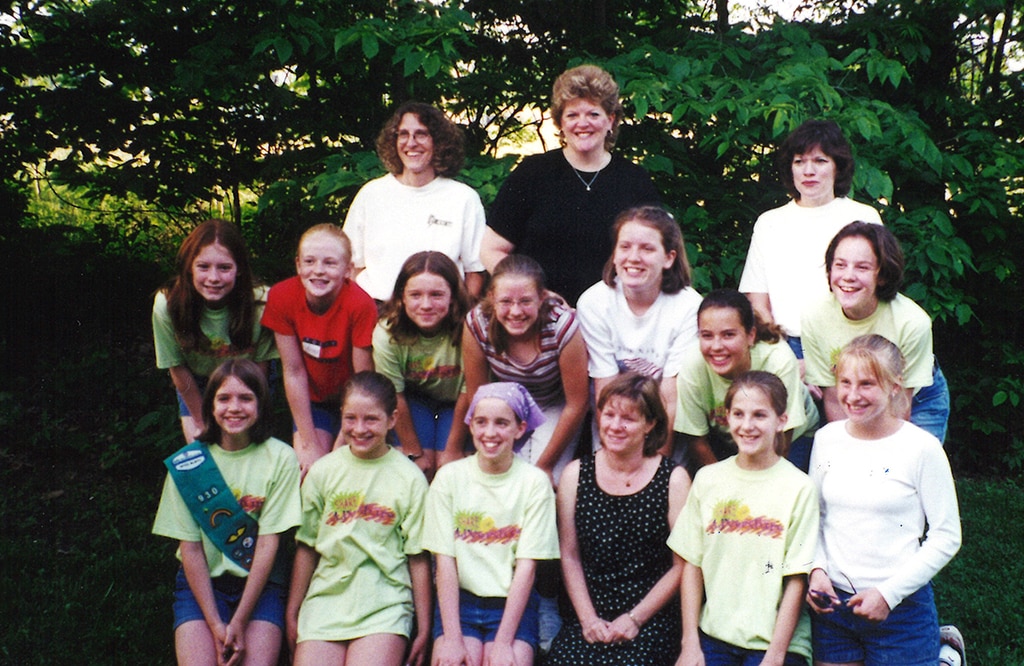 “The organization they needed, and that they instilled in us on those trips, was invaluable,” Susan said. It wasn’t long before she decided she had to give back to the organization that had meant so much to her.

As a student at the University of Illinois at Urbana-Champaign, Susan volunteered with an Urbana troop. And when her daughter was old enough to begin as a Daisy, Susan stepped up the way her mother had.

It hasn’t stopped there. Susan got involved at the council level, sits on the board of directors for the Girl Scouts of Southern Illinois and serves as its treasurer (Donna Korte, Susan’s mother, also served on the board from 1988 to 1994). It’s opened her eyes to the behind-the-scenes effort needed for the organization to fulfill its mission.

“I realize it takes more than being a troop leader for girls to have a Girl Scout experience,” she said. “There is a whole Girl Scout council that trains and supports troop leaders and develops programs for the girls to attend. All of this effort takes volunteer help.”

Volunteering for the organization, Susan said, is her way of giving back “to help today’s young girls and women to have the same opportunities I had as a child.”

All over the world, girls continue to join the organization and feel empowered. The leaders of the troops act as mentors for the young girls, and studies show this is vital for growing up confident, courageous and with character.

In fact, a report from The Mentoring Effect found that 99% of youth in informal mentoring relationships say their experience is helpful. Mentors, much like Girl Scouts’ troop leaders, help you think about your future and identify and pursue your life goals.

Susan knows Girl Scouts has done a lifetime of good for her, both during her time as a Scout and later as a leader in the organization. A case in point is a gift she got at the end of her last meeting as leader of her daughter’s troop. It’s when she realized she’d become like the ladies she most admired early in her life, the ones who coordinated fundraising and travel and who navigated that bus breakdown in West Virginia.

“At our final meeting, the girls gave me a scrapbook of our troop’s activities throughout the years,” Susan says. “It made me realize that each of them will always remember me as their Girl Scout leader and as their role model.”

“The Girl Scouts movement today states they want to build girls of courage, character and confidence. I definitely learned all of those traits as a girl and then as an adult as a leader and board member,” she said. “I am still meeting new friends (and keeping the old) each day as I remain involved in Girl Scouts.”

The Korte Company values educating children and helping them reach their full potential. Want to lend a hand? Support the power of every G.I.R.L and give to the Girl Scouts or support a chapter in your area. Or, join the Scouts as a volunteer and take an active role in enriching girls’ lives.