At The Korte Company, we value mentorship. We wouldn’t be where we are today if not for some special people who were willing to help us out in the early going.

One of those mentors was C.J. Hug —it’s pronounced hoog— whose simple act of kindness still stands out to our founder, Ralph Korte, almost six decades later.

But before we tell that story, we need to tell the story of C.J. Hug himself. 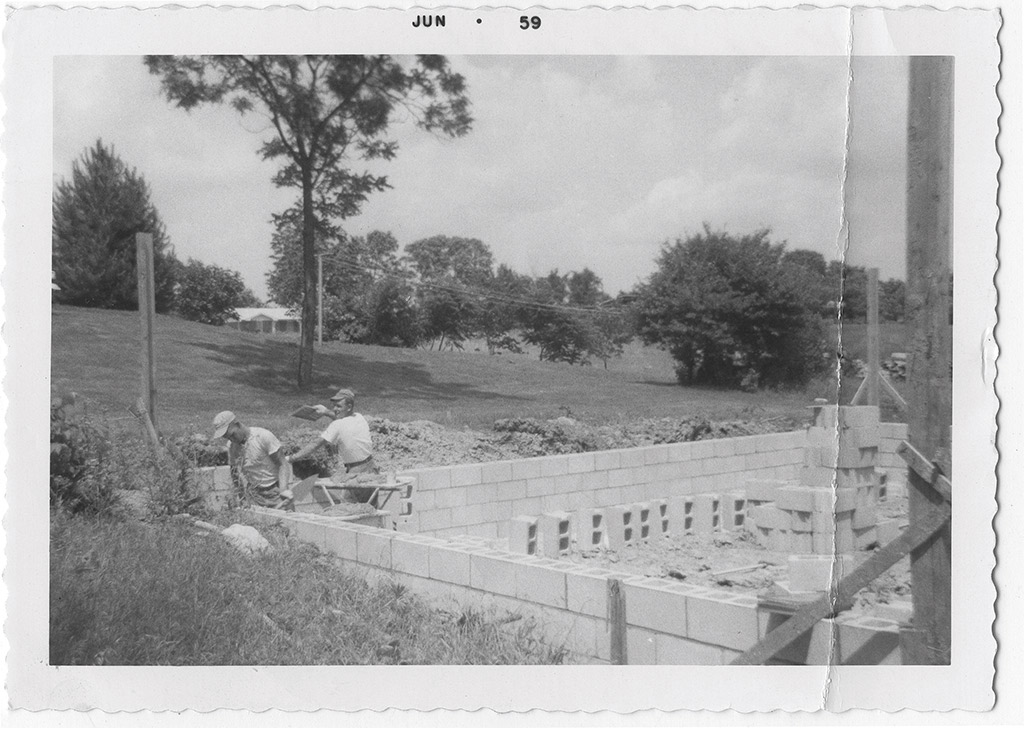 There’s a jack-of-all-trades, and then there’s C.J. Hug

He was born in 1877 near Highland, Illinois. After he finished high school, he worked as a hardware store clerk in nearby Pierron. He also sold insurance for the Prudential Insurance Company, and after that, he worked as a motorman for streetcars in St. Louis. He then spent a year running a farm in Oklahoma.

By 1899, Hug was back in Highland, having married Claudine Gruenenfelder. After taking courses through the Correspondence School of Scranton, Pennsylvania, Hug went into business as a contractor and started the Highland Planing Mill and Lumber Company.

He excelled as a contractor, winning contracts to build dairy facilities across the Midwest for Louis Latzer of the Helvetia Milk Condensing Company (which later became Pet Milk Co.).

As if building structures wasn’t enough, Hug’s company was contracted by State of Illinois in 1920 to pave a 22-mile stretch of U.S. Highway 40 from Pocahontas through Highland to Troy.

The job got Hug’s wheels turning. The dump truck models of the day were no good, he thought. They could only haul three-quarters of a yard of concrete and didn’t hold up well to heavy duty. He decided to build his own.

The first Hug model was ready in 1921. It was built on a four-inch steel I-beam and featured a 1.5-yard dump. And it didn’t take long to find out during the paving project that the truck was almost indestructible. A new business was born: The Hug Co. was founded in 1922.

In 1927, Hug and his company was largely responsible for the ambitious plan of paving all of Highland’s city streets. And by the 1940s, when production of Hug models stopped, the company had turned out over 4,000 trucks for customers worldwide. Hug trucks even served with distinction in the allied victory in WWII.

By the end of his career, C.J. Hug held 25 patents on trucks and related technology and had earned the reputation as a maverick in construction and roadbuilding.

‘Any time you want it, just come and get it’

Anyone who uses tools sometimes needs to borrow one.

The year was 1960. Ralph Korte’s fledgling construction company wasn’t yet two years old, but it had already earned a reputation for quality in and around Ralph’s hometown of Highland, Illinois.

Ralph heard through the grapevine that Artex International, a local manufacturer of tablecloths, was ready to build a new factory. The proposed building needed to be 200 feet long and 32 feet wide. The rub? The equipment that would go inside meant the structure could have no columns.

After doing some research, Ralph met with the owner and showed him how he would build the required 32-foot wooden trusses. The owner, Gabe Hildenstein, believed Ralph and hired him for the job. 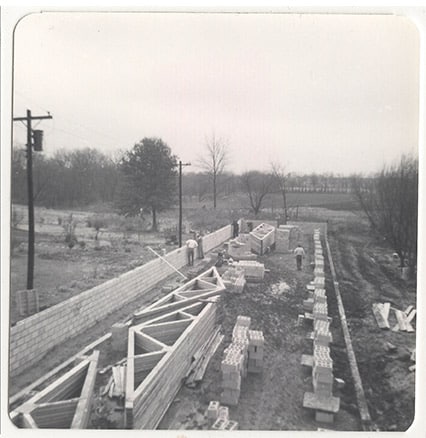 The day Ralph went to stake off the footprint of the building, C.J. Hug was watching from his home. He was in his early eighties by this time. He got Ralph’s attention, telling him he’d help with the job. He brought a transit level to the site.

“That old man helped me stake it off, and he was in his eighties,” Ralph recalls.

Ralph recalls routinely taking C.J. up on the offer, using the transit level for almost another decade.

This was no big deal. Just a man borrowing a tool from a neighbor.

But 58 years after it happened, Ralph Korte still remembers the act of kindness from a man who was “a big deal” in town.

To C.J. Hug, it was just another tool in a garage full of them. But it was big help to us in our early days. That’s why giving back to the community is important for us. We want to help others because when we needed a hand, C.J. Hug helped us.