Planning. Design. Procurement of supplies and labor. Ensuring flawless craftsmanship across trades. Big or small, construction projects require the management of too many moving parts to count.

Every construction project is a feat to behold, but some truly break new ground.

This 200-room Design-Build project was the first of its kind conforming to new Department of Defense criteria. In other words, practically all new military lodging (including a facility we’re currently building on Key West) will follow standards we set during our work in the Ocean State.

The industry has taken notice. 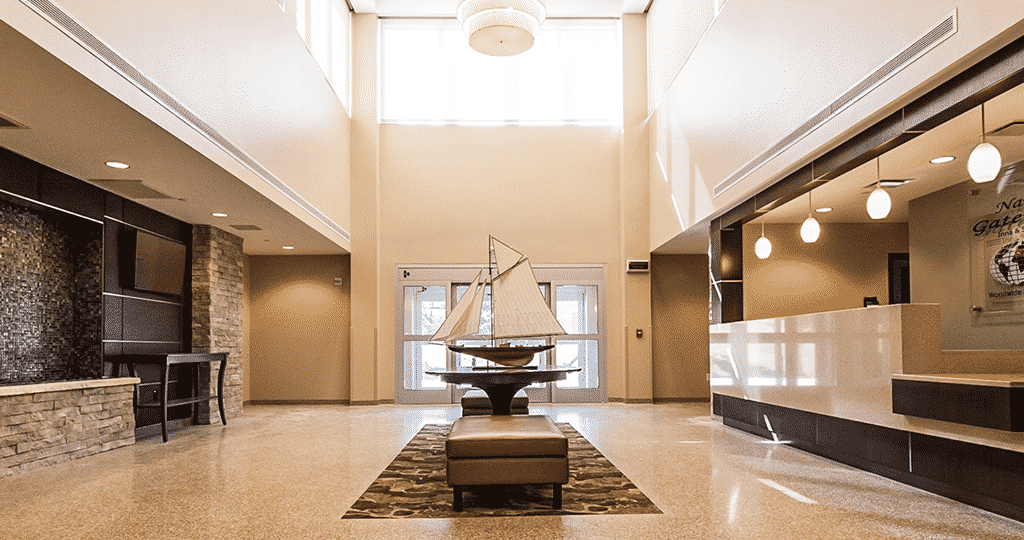 Its 194 rooms and six suites accommodate transient sailors and other personnel attending the many educational and training institutions located on-base. Built with energy efficiency in mind, the site earned LEED Silver certification upon its completion.

The facility is noteworthy as the first of its kind built according to the U.S. Department of Defense’s new Unified Facilities Criteria. The UFC program aligns and consolidates design and construction criteria which were previously independently maintained by the Army, Navy and Air Force.

Also noteworthy was the “0% design” framework adopted for the project. This non-prescriptive approach gave the design team maximum freedom to develop an innovative design within UFC guidance.

The trade publication The Military Engineer recently remarked that the facility sets “a new standard in Navy lodging.”

“NGIS Newport may be the first of its kind, but it certainly won’t be the last,” TME reported. “The work has demonstrated how Design-Build enables solutions to complex problems and sets a new standard of excellence in military base hospitality.” 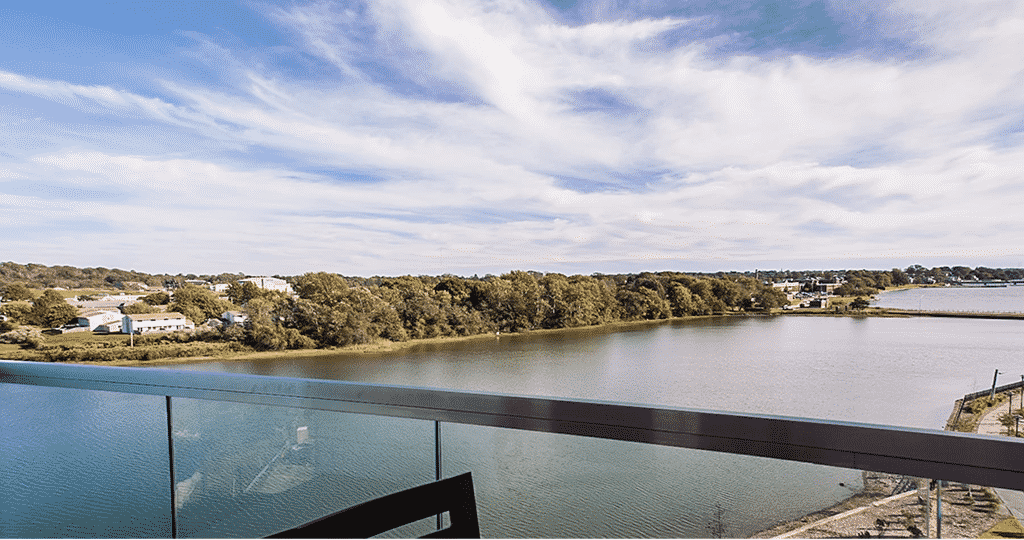 The Navy had high praise for the project team. According to Norman Aurland, the Navy’s Mid-Atlantic Regional Lodging Program Director, “Naval Station Newport is unlike any other Navy Gateway Inns & Suites and has become a benchmark of what can be done for our mobile military forces.”

He added: “Future projects will without a doubt use the design features developed in this project.”

One of those future projects is underway: an NGIS facility at Naval Air Station Key West. The 115,224-square-foot inn will replace three existing lodges badly battered by Hurricane Irma in 2017. The completed facility will consist of 244 rooms and is expected to open in early 2022.

In service of service

We’re immensely proud of the work we’ve completed for the Department of Defense. Our teams bring their absolute best on these projects—the men and women who wear our uniform deserve nothing less.

Our history on military construction projects has spanned over 30 years, delivering over $3 billion in contract value and 6.7 million square feet of space that supports our sailors, soldiers and airmen.

“The success of the new NGIS at Newport and the work ongoing at Key West is yet another testament to the value Design-Build brings to our military,” The Korte Company CEO Todd Korte said. “We’re thankful for the faith the Navy put in us and our partners on this project, and look forward to continuing our tradition of jobs well done on military sites across the U.S.”