Gary Horstmann and his brother drive around their hometown, cruising through the sleepy little city to count all of the homes and buildings they created with their father some 40 years ago.

Quality building runs in their blood.

Horstmann Construction Company still boasts 24 nameplates on buildings around Highland, Illinois, and they did it in only five years in business. The Horstmann crew figured out how to spec and build houses all over the community, and they did it well.

“We actually did a house from start to finish in six weeks,” Gary remembers with pride. “It was a great feeling any time you put your hands on something, put something together and walk away from it with a finished product.”

The family business turned out to be the perfect training ground for Gary’s long and successful career as a jobsite superintendent with The Korte Company. 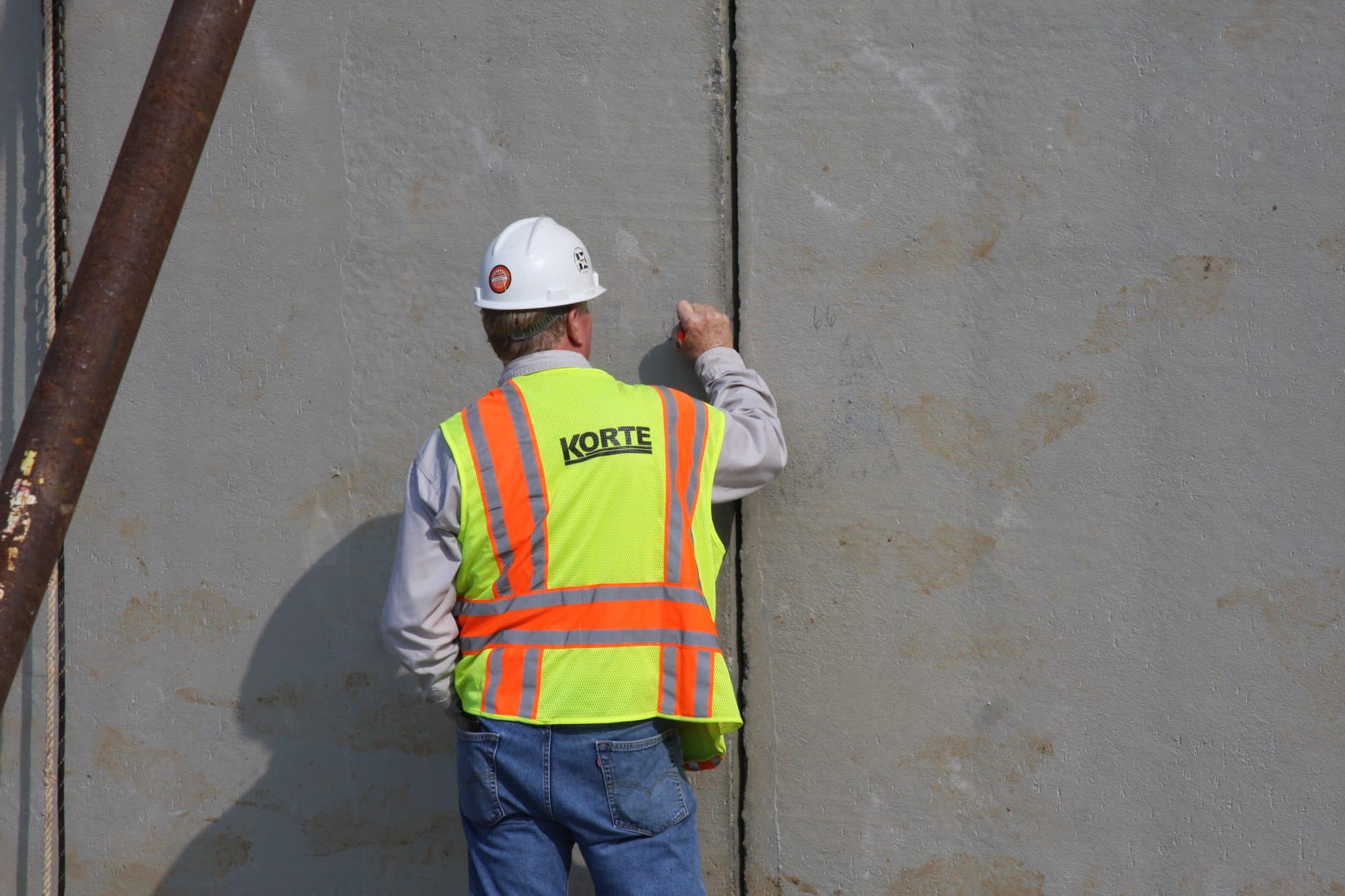 Gary’s first job out of school was driving a concrete truck for his father’s Highland Ready Mix business. He also poured slabs on the side, learning to set concrete so it doesn’t crack as it dries.

Gary had attended college for a year but quickly decided an accountant’s life was too sedentary for his tastes. “That was not my forte, not my calling,” he said. Little did he know that one day he’d be called to take account of every detail on major construction sites.

He’s now retired after 36 years with The Korte Company, most of which he served as a jobsite superintendent. During his tenure, he oversaw the construction of almost 50 projects, working in a variety of environments, from hospitals and distribution centers to military bases around the country.

He’s also a father and handyman of four kids, who have given him 11 grandchildren to help babysit.

On top of the homes in Highland, you could say Gary’s got a lot to show for himself.

After selling out of his concrete company, Gary’s father started the family spec-house business. Gary had already left the concrete game to work with a friend on spec houses and decided to help out Dad as a bookkeeper. He joined two of his brothers in the family business and they worked together for several years.

With his skills honed on spec houses, Gary was ready to take on bigger projects. He and a friend became union carpenters in 1981 and went to work building public housing units in East St. Louis.

After many years in housing construction, Gary wanted to move on to something else. Fortunately, everything fell into place for his career advancement — almost like he was following a calling.

Gary knew his father’s friend, Ralph Korte, was always looking for hardworking builders. Ralph’s nephew, Tom, happened to live right across the road, so it wasn’t hard to get an application. It turned out that they even had an opening in his local district. 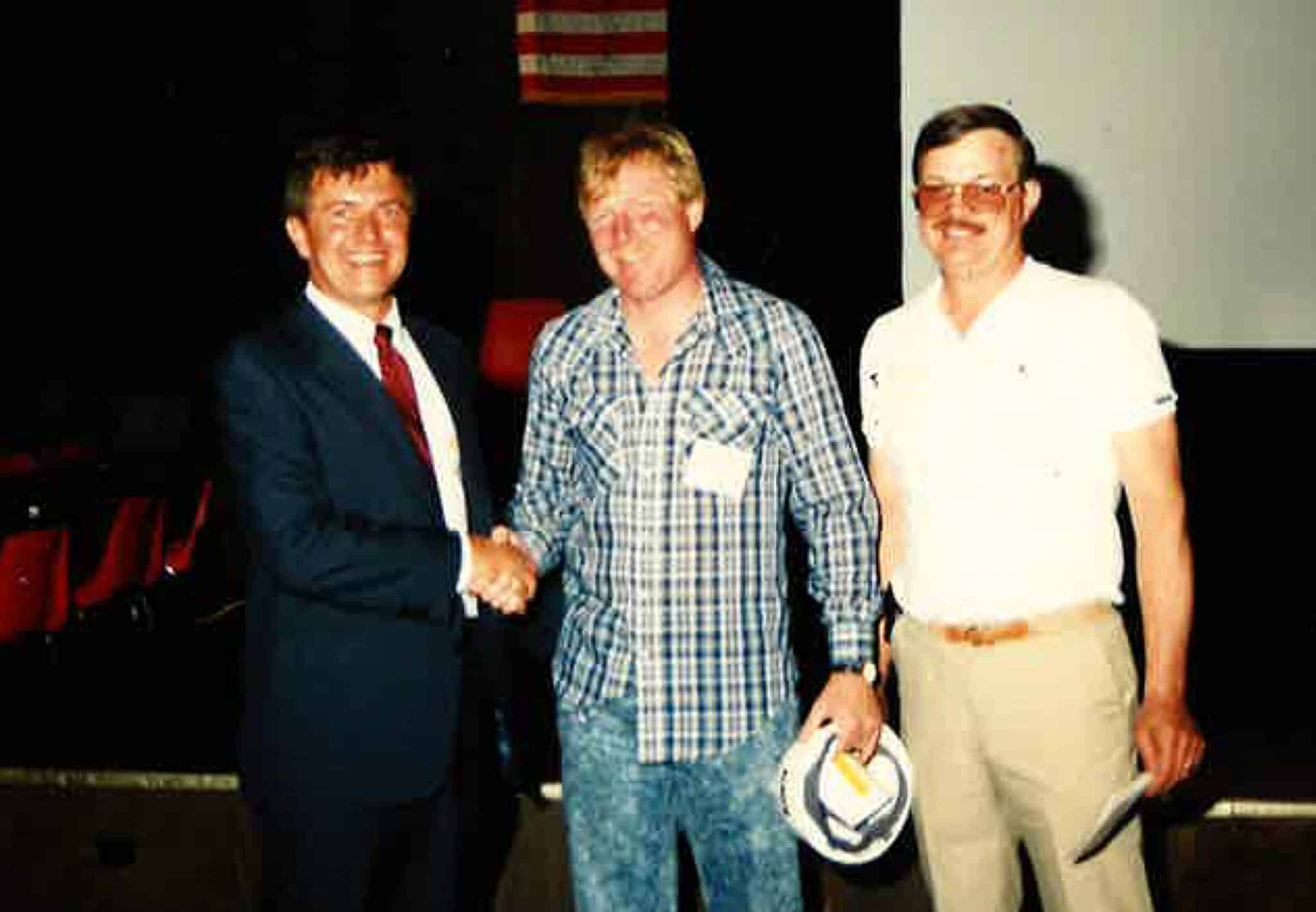 Becoming a supervisor wasn’t what Gary set out to do. He just wanted a good carpentry job. And his first tasks were right up his alley, constructing wooden apartment buildings. Yet he knew his experience leading a crew would help The Korte Company team succeed more than his carpentry skills. So after a year, he asked Tom if the team could use him as a jobsite supervisor.

He first led small jobs — a gazebo, then a mini-warehouse. The mini-warehouse, made of concrete and metal, took him out of his carpentry comfort zone. Luckily, he’d worked in concrete before, and he was used to problem-solving on the jobsite after all those builds in Highland.

“There was a little bit of head-scratching there,” Gary admits. “But as a job superintendent, your job was to get it done, get it done right.”

It wasn’t until the third job that Gary really proved himself.

The big test was Incarnate Word Hospital in St. Louis, operated by a sisterhood of nuns since its 1949 construction at Lafayette and Grand. The crew had to extensively remodel a couple of floors on a tight timeline in the middle of a multi-floor hospital. They also needed to install exterior MRI-trailer docks.

Gary’s crew was up for the challenge and then some. “The hospital was very old. You had to find a solution to whatever problem came day-by-day,” he said. “The Korte Company always sold quality and schedule, and I think I met both of those there.”

Lesson learned: Leave nothing to chance

A construction company can’t become the best in the industry without making a few mistakes along the way. What’s really important is that they don’t happen again.

Gary will never forget the time a Korte crew poured a floor slab outside one cold, windy day. The slab cracked as it hardened beneath the blistering winds, an outcome that could’ve been foreseen and prevented.

This mistake hit close to home for the former cement truck driver. Fortunately, everyone in the company learned from it. A rule came down to never pour unenclosed or otherwise unprotected concrete. Crews later implemented other measures like covering slabs with wet sacks.

“Nothing was taken for granted after that slab cracked,” Gary said.

It turned out that one of Gary’s last jobs was fixing a similar mistake. Another company poured a slab that cracked. Gary’s crew came in, reworked the building plans and constructed the metal building before pouring the slab so it was protected from the wind.

The team had learned to not leave anything up to the elements.

Gary takes great pride in The Korte Company’s reputation as a cutting edge, high-quality builder. Its reputation for attention to detail has been fostered over 60-plus years, thousands of projects and an uncountable amount of windows.

For example, Metro East St. Louis residents used to have a big problem. Aging windows with bad seals allowed water to run between the panes and into the wall cavities, resulting in structural damage and dangerous mold. To keep homes from soaking, Wayne Korte developed a window pan system that channeled trapped rainwater back outside.

Gary noticed that subcontractors had to be especially careful when installing the new windows, but their clients were all the better for it. That’s just how The Korte Company does things — better.

“You would hear it from other subcontractors as they came onto the job,” Gary said. “Be it quality, be it safety, there was always a little bit of a moan from subcontractors that came on our jobs. They were on a Korte job and things were going to be done a little bit different.”

Retirement: On to new sites

With his 35-year award in hand, Gary decided his hardhat had enough stickers on it for one career. He left a legacy in a company he was honored to be a part of, because they always got the job done no matter what it took to do it right. 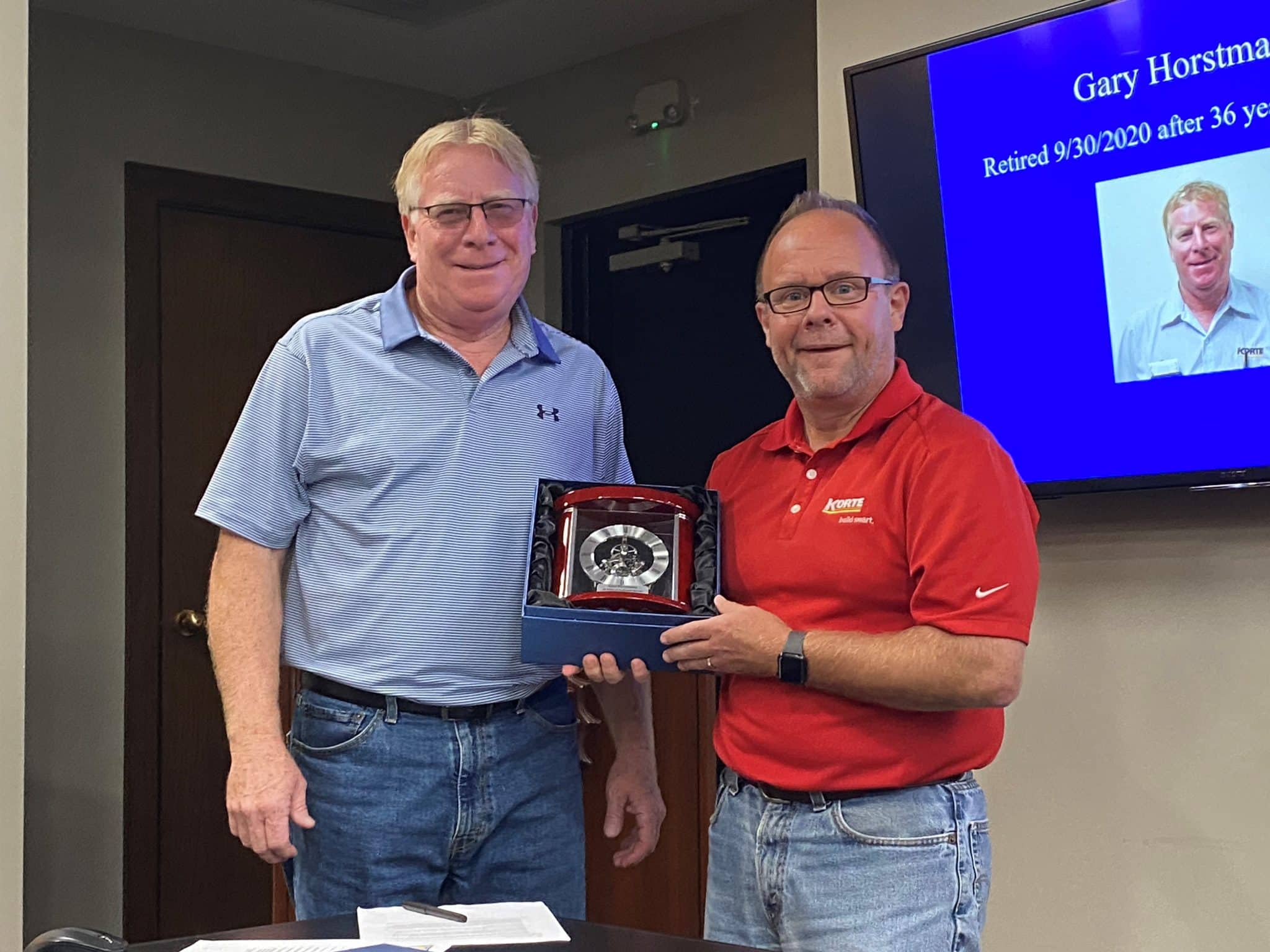 “I came to Korte wanting a job,” Gary said. “Thirty-six years later, I had a career with a very good company, a family-oriented company. Always good people to work with, knowledgeable people, always had a way to answer questions.”

These days, Gary is still on the job. Now he’s working for his kids, helping with home projects like adding a spare bathroom. For that project, he got busy busting up concrete rather than pouring it like he did for his first job.

With his grandkids running around, the jobsite looks a lot different than it used to, but he’s very happy with his new family/work life. And Gary hasn’t lost that commitment to quality work in retirement.

“For me, it was just another day. We broke up the floor, put plumbing under the floor, put an ejection pump in, and built him a full bath in his basement,” Gary said.

“Done the right way, I have to say that.”