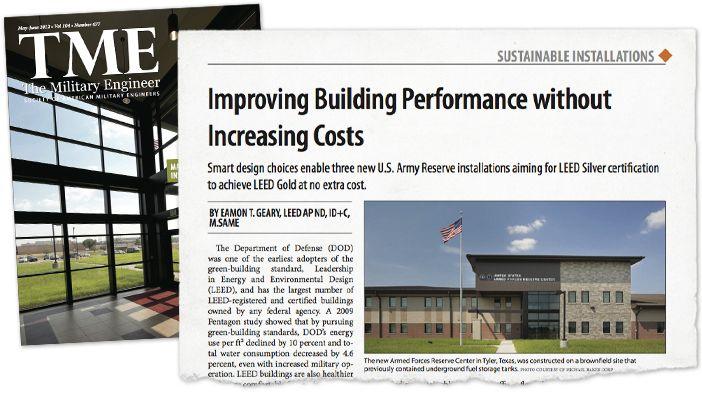 The Korte Company is excited to announce that three of our recent Green Design-Build construction projects for the Department of Defense were featured in the May-June issue of The Military Engineer. To read the full article, click here and scroll to the article titled “Improving Building Performance without Increasing Costs”. It starts on page 73.

The article carefully details how we, along with our partners at Michael Baker Jr. Inc., found ways to improve building performance without increasing costs. Or, as we at The Korte Company like to say, how we built smart. It notes how we constructed the buildings to the highest possible green standards while still staying within the budget that was provided and without compromising the structural integrity of any of the buildings.

To say the least, we’re honored by the coverage, as well as the opportunities, day in and day out, to build for the brave men and women of our Armed Forces.