In 2005, as demand from the surrounding community increased, Anderson Hospital made a move to expand its cancer-treatment capabilities, and we were there to help them do it with our healthcare construction services.

Like any good healthcare builder, we pride ourselves on adding value through building smart, not through change orders. And so did the group at Anderson. Long story short, our healthcare construction team was soon building a new oncology institute for Anderson Hospital.

The basics of the build

The new healthcare facility was to be located on the hospital’s main campus and would host therapy rooms with state-of-the-art equipment, exam rooms, doctors’ offices, nurses’ stations and a comforting waiting room. The treatment vault would consist of concrete bearing walls with a concrete roof structure and would be encased in concrete up to three-fee thick, for radiation procedures.

On paper, it was to be a relatively simple healthcare build of 6,300 square feet of new construction, which it was. But it was also much bigger than that.

And just two years later, we were back on their campus adding on.

In 2007, Anderson Hospital called on our healthcare construction team to add to the oncology institute with a 20,391 square-foot cancer care center. This project was an addition to the existing radiation oncology building that we had helped them build. 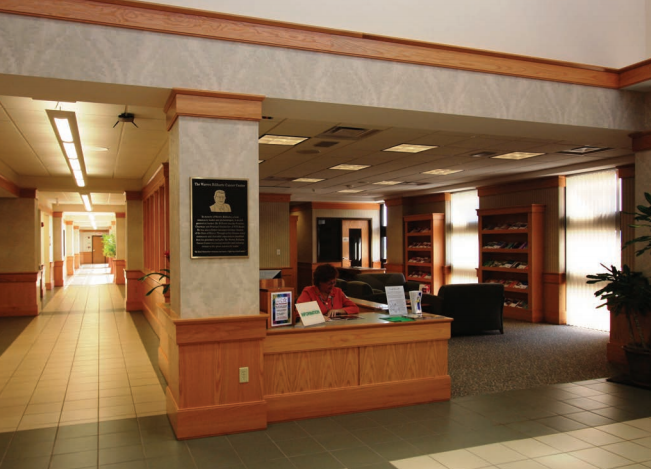 The new addition would convert their radiation oncology facility to a fully operational cancer diagnostic and treatment center. It would contain medical oncology, radiation storage, a second treatment center, a linear accelerator room, exam rooms, offices, restrooms and time-share suite set up for experimental gene therapy. The therapy vault would consist of two-foot thick concrete ceiling and walks and a neutron-shielding swing door, for radiation purposes.

Today, the facility continues to serve the local community, offering exceptional care to those who need it most. And we’re proud to have been on the ground floor of things.

This is an excerpt from a case study we recently put together showcasing the building program of Anderson Hospital. Download it for free by filling out the form below.