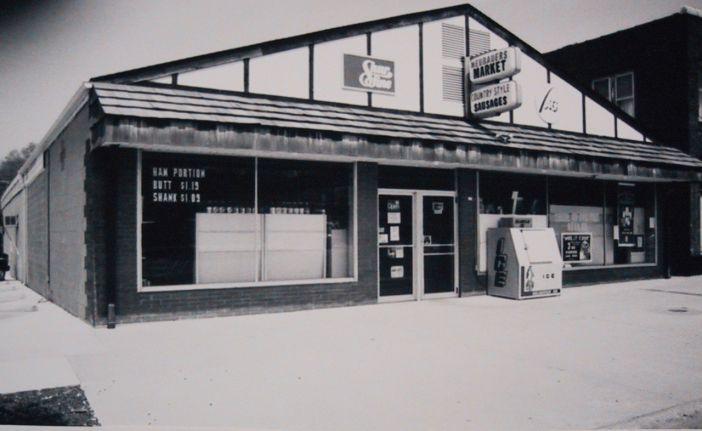 Cal was bought out in 1962, as he wanted to open his own shop in Trenton known as Cal’s Meat Market.

Al Korte left and took with him a young meat cutter, Don Richter, to do meat butchering and processing only – no groceries – in 1968. Korte Construction built for them also, what started out as Korte/Richter Meat Processing and is now Korte Meats in the west end of Highland.” — Ralph Korte, recently talking about the work he did for Neubauers Market in 1960