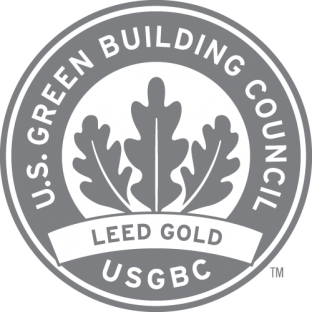 Fort Lewis Medical/Dental in Washington state officially received a Gold Certification from the USGBC, which we are all very proud of for a couple of reasons. Number one – it was originally designed to receive a Silver rating, but through improvements along the way, we were able to deliver the Gold.

Secondly, it just so happens that it is the very first time the U.S. Army has received a LEED Gold certification for a medical clinic. A big salute to all those who helped make it happen.