Ralph Korte didn’t plan to work in construction long when he went into business for himself in 1958 following a stint in the U.S. Army. The plan was to bide his time until his father retired and then take over operations on the family’s farm in rural southwestern Illinois.

But he soon realized construction was his calling, and built what once was a one-man show into a nationwide firm with jobs completed in 43 states and that manages construction volume in excess of $250 million a year. 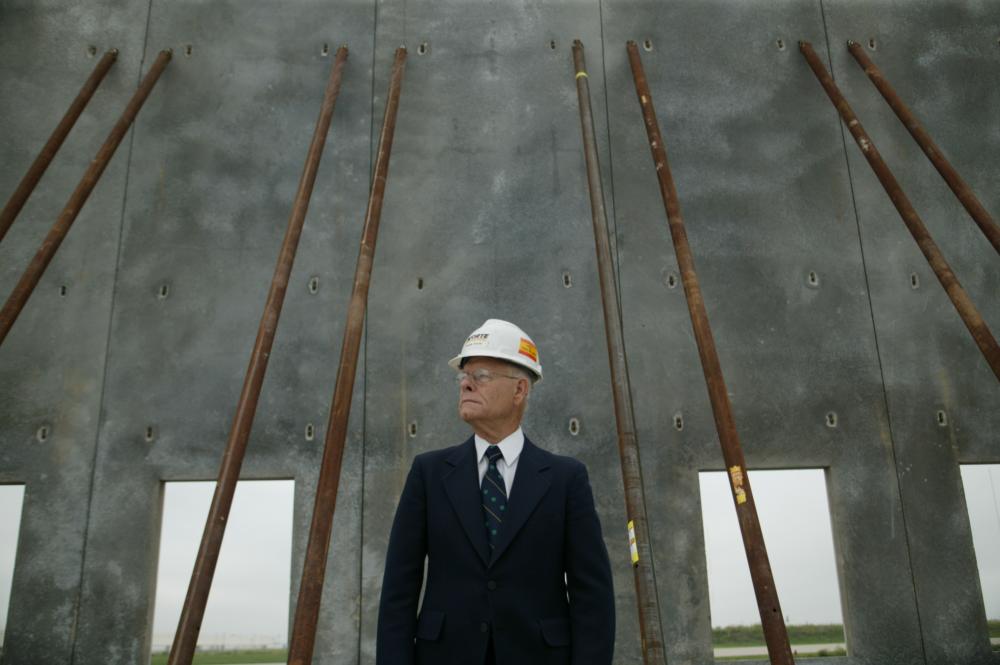 Ralph Korte, along with sons Todd Korte and Greg Korte, explain how they built their business into what it is today—and share lessons they think every general contractor should learn.

Q: What things did you do to set yourself and the company up for success early on?

Ralph: Most of the guys in construction were getting engineering degrees. But I got my degree in business, which was kind of an accident because it was all Southern Illinois University Edwardsville offered for night classes. In the beginning, my only motive for going to night school was to get even with Uncle Sam. After two or three years, I saw this was helping me to run the business. Sitting in the classroom one night it occurred to me that delegation was the key. Regardless of how hard I worked, I could only produce eight hours of work a day. But if I would hire folks and manage them, I could leverage my time.

Q: Let’s say a small general contractor looks at The Korte Company and decides they want to get on its level. How do they do it?

Todd: Hire good people, work with good people and treat everyone you work with fairly. Deal with people who keep good company, and who have like values and mindsets. Make sure you work with clients who respect and understand how you operate. In more challenging economic times, when things are tighter, it is harder to do business the way we do it. Don’t compromise on that.

Greg: When we came into Las Vegas, for example, we definitely focused on making sure we remained very much a part of the community. We’re very involved in the community through United Way and various trade organizations. It’s about giving back to what gave you the success. Giving back to the community to make it a better place. We try to follow some straightforward advice we always got from Ralph: “Always do the right thing.”

Ralph: You have to innovate. As an example, we were using computers for estimation in the 1970s when estimating by computers was considered insane. I also developed Design-Build, where the contractor, architect and owner work together. We were always trying something different. Every chapter of the business was another step forward.

Q: Expansion of territory is inevitable for those who want to grow their business. How important is it to be familiar with a particular market before you grow into it?

Greg: It’s hard for any company to just read that some region is hot and then jump in there and try to capitalize. It’s truly very difficult if you’re not connected. You need to get immersed in the community. Our expansion into Las Vegas was natural due to my prior involvement there. Our expansion into Oklahoma happened the same way. We already had someone down there who was a part of that community. It made sense to take advantage of his commitment in the community and knowledge of local subs and trades.

Q: The Korte Company has “made it” to the top. How do you stay there?

Greg: Stay on the cutting edge. Embrace what’s new. Always look for the next project that’s just outside your comfort zone. And remember what got you there—a commitment to community and being involved in your industry. Take on leadership roles. Don’t stop doing the right thing. Maintain the culture that got you where you are.

Todd: If you rest on your laurels, you go backward. It’s not even enough to just stay ‘even.’ Try to be nimble and reactive. Stay innovative and keep up on latest technologies and strategies. Challenge your team. And follow the money. We’ve done a lot of distribution centers, schools and healthcare facilities lately. We stay successful by adapting to changes in the market.

Q: Success isn’t just about being good at what you do and giving back to your community. Sometimes it means making tough calls. What are some hard decisions you’ve made over the years?

Ralph: The toughest decision I made was in the 1982 recession. We had to lay off a lot of people. You have to treat them with dignity. I told them, “We’ll get you back to work once we’re back on our feet.” But for the good of the company, we had to lay off.

Greg: A key one for me was dissolving my previous firm and realizing that what doesn’t kill us makes us stronger. Also, we had layoffs in the 2008 recession. It’s just gutwrenching. You build this organization and center it around good people’s lives, and then play havoc with good people’s lives. But you’re doing it for the good of the organization. And if you don’t protect the organization, there may not be anything for these people to come back to.

Q: Any parting advice for a young general contractor?

Todd: Under-promise and over-deliver. Establish expectations and then exceed them. Always be early—with bad news and good. Don’t let anything fester. Surround yourself with bright folks outside of your industry. Challenge yourself and develop good human relationships.

Greg: At one point in time it was easy to be motivated by wanting to be the biggest. And becoming the biggest and most profitable won’t get you there. It’s more about maintaining culture and reputation.

Ralph: Always, always give the customer more than they were expecting. Work hard and don’t charge too much. Pay your subs on time. And don’t ever miss a payroll. I’ve seen competitors drop like flies. This is a risky business. Deal your cards face-up, and treat everyone fairly.

The Korte Company has worked for decades to build a company culture that emphasizes hard work, professional development and fair dealing with everyone we meet. You can learn more about the importance of company culture in construction by downloading the guide below.