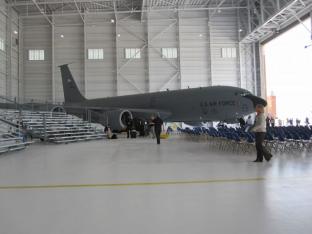 The AFSC will be responsible for more than 32,000 military and civilian personnel and oversee installation support to more than 75,000 personnel working in 141 separate units.