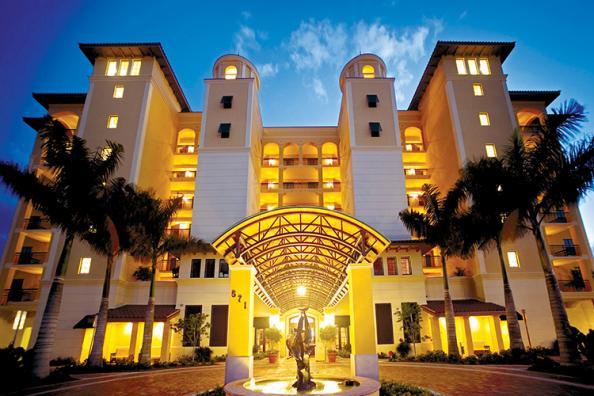 At The Korte Company, we’re well-versed in disaster construction, and we’re a seasoned disaster restoration company. But the truth is, it’s much better not to need emergency construction. That’s why we build structures to last. We understand how crucial it is for your business to have facilities that can survive catastrophes without downtime. If you’re getting ready to have a facility built in a high-risk area, you need to consider disasters before you build.

We’ve been building since 1958, and in that time, we’ve designed and constructed hundreds of facilities. And not one of them has ever failed due to hurricane, tornado, earthquake or natural disaster. In fact, several of our facilities have survived some of the worst natural disasters the U.S. has experienced in recent years.

We built the postal facility in Fayetteville, North Carolina in 1998. It withstood Tropical Storm Dennis in late August 1999, Hurricane Floyd in September 1999 and Hurricane Irene in October 1999. Dennis saturated the soil with water and filled rivers up to near flood levels. Then, Floyd pounded the area with 60 straight hours and 20 inches of rain, destroying more than 8,000 homes, flooding more than 4.2 million acres of land and causing about $6 billion dollars in damage. But the post office we built stood strong. And it lasted through Hurricane Isabel in September 2003 too, when the storm actually washed away part of Hatteras Island off the coast of North Carolina.

We delivered another USPS at Fort Myers, Florida in 1999. It survived the 145 mph winds of Hurricane Charley in August 2004 — that’s the same storm that caused $1 billion of damage at Sanibel Island just 20 miles away. Just one year later in 2005, the Fort Myers USPS also hung tough through Hurricane Wilma and its 125 mph winds. It’s built to last.

We delivered a facility for Walgreen’s in West Palm Beach, Florida in 2001 that has survived three powerful Hurricanes — Frances and Jeanne in September 2004 and Wilma in October 2005. It has withstood winds of 120 mph.

And we’ve delivered many other facilities that have also lasted through disasters.

In 2003, we delivered a Design-Build USPS facility that was built in Teterboro, New Jersey. In 2009, we designed and constructed the USPS warehouse in Great Neck, New York. We designed both to hurricane standards, and they both survived — with no damage — the second-costliest hurricane in U.S. history.

Hurricane Sandy (nicknamed “Superstorm Sandy”) was a Category 2 storm off the coast of the Northeastern U.S. As a post-tropical cyclone, it was the largest Atlantic hurricane ever recorded, causing an estimated $68 billion of damage — second only in total destruction to Hurricane Katrina. The violent storm pelted 24 states and flooded streets, tunnels and subway lines. But it didn’t affect the two USPS facilities that stood up to it.

We’ve been able to build many facilities that stand through storms because we site smart, and we build smart. As an integrated Design-Builder, we have a full team of architects, construction project managers, builders, and surveyors. Our surveyors work directly with all parties to deliver builds that are designed and built to match the full environmental needs of an area. If a building is on a seismic hot bed, we’ll know about it from reviewing historical seismic data. If high winds come from a certain direction, our team will know because we check historical wind direction. We survey all the crucial environmental elements that can affect a facility.

If there are high winds, we position facilities to minimize wind impact, and we don’t site facilities in straight, wind-tunnel-like rows. We build separate wings with proper separation to let wind pass between buildings. And we ensure that all openings are properly reinforced to minimize the chances of diagonal forces pulling apart walls at those openings. We follow all the highest standards of disaster-resistant construction practices. It’s part of what helped one of our facilities that wasn’t even fully built survive a hurricane.

In 2004, we were in the process of a large hotel construction project at Marco Island, Florida (finished hotel pictured above). Then, on August 13th, Hurricane Charley struck land just 40 miles away with 145 mph winds. 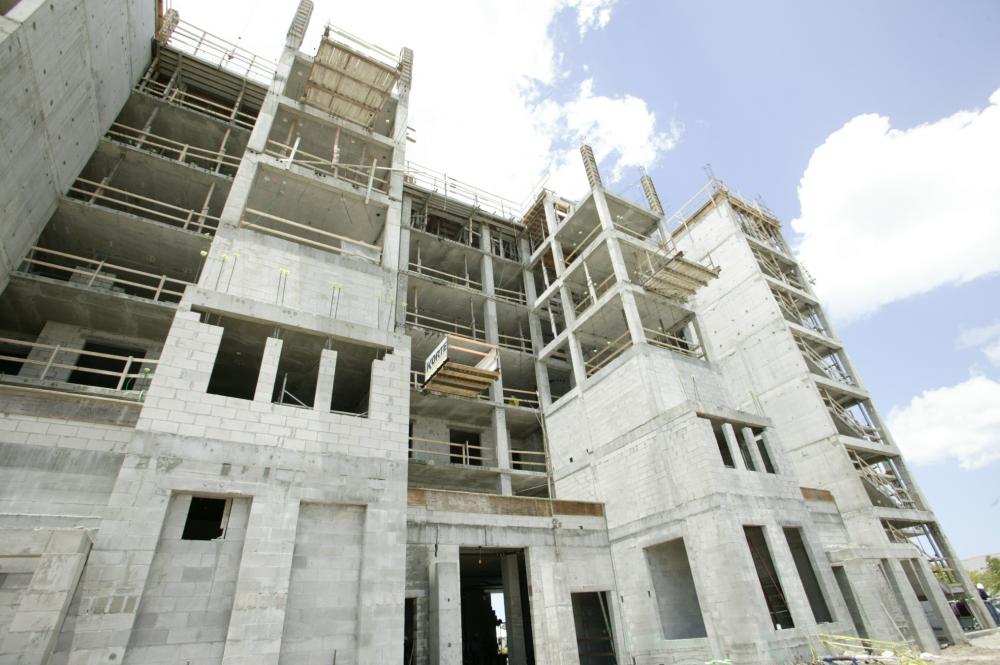 Marco’s Sunset Cove Resort at Marco Island while under construction

The facility went right through the eye of a hurricane unscathed — and the build wasn’t even finished at the time. The construction project was 70 – 80 percent complete, and authorities in the area told us to leave. We got our crew to safety, and when we came back, there was no major damage, even though the facility wasn’t fully constructed. Located on the Gulf side of Florida, Marco’s Sunset Cove Resort also survived intact through the 134 mph winds of Hurricane Wilma in 2005. And it has survived many Gulf storms since.

The San Francisco USPS International Service Center (ISC) is pictured below and was built one mile from the San Andreas Fault. It’s a major mail distribution center in the Bay Area. We didn’t construct the original facility, but we performed extensive renovations and seismic structural modifications to it in 1999. As a direct result of the work we completed, it has survived a magnitude 5.1 earthquake in 2001, a magnitude 6.0 earthquake in 2004, and a magnitude 5.6 earthquake in 2007. In August 2014, the strongest earthquake in 25 years struck Northern California’s Bay Area. And the USPC ISC didn’t buckle. It still stands strong. 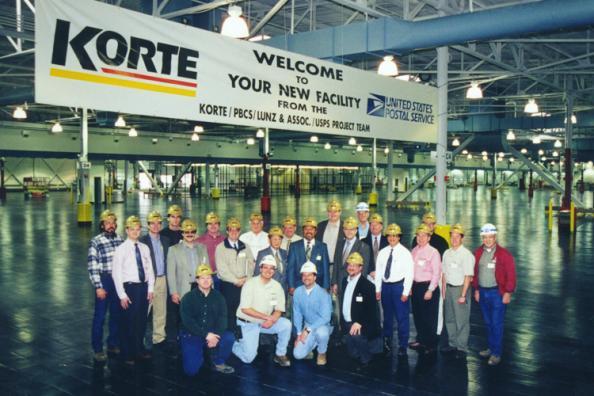 While we didn’t site this building, we did perform thorough surveying of the facility to assess its structural needs and provide appropriate services. When we build earthquake-resistant structures, we recommend siting on solid bedrock to avoid liquefaction. And we reinforce facilities with wall trusses, roof bands, lintel bands and floor diaphragms to absorb maximum energy — after all, earthquakes can shift the Earth at up to 40 inches per second, putting great strain on buildings. Our foundations are always solid too, following all relevant disaster-proof building codes, including the International Building Code.

In 2010, we applied build smart, earthquake-resistant construction practices to deliver the Hitachi International Distribution Center in Norman, Oklahoma. One year later, it survived a magnitude 5.6 earthquake, the most powerful ever recorded in Oklahoma. Its tremors reached as far away as Tennessee and Wisconsin, it registered a foreshock of magnitude 4.7, and the aftershocks alone registered magnitude 4.0. It shook the Earth. But it didn’t shake Hitachi. Once again, our facility stood strong.

Mother Nature can be devastating. Nobody knows that better than the people of Jackson, Tennessee – who watched an F4 tornado rip through their city. On May 4, 2003 a deadly twister left a path of destruction, which destroyed a number of buildings, including the Jackson USPS facility. 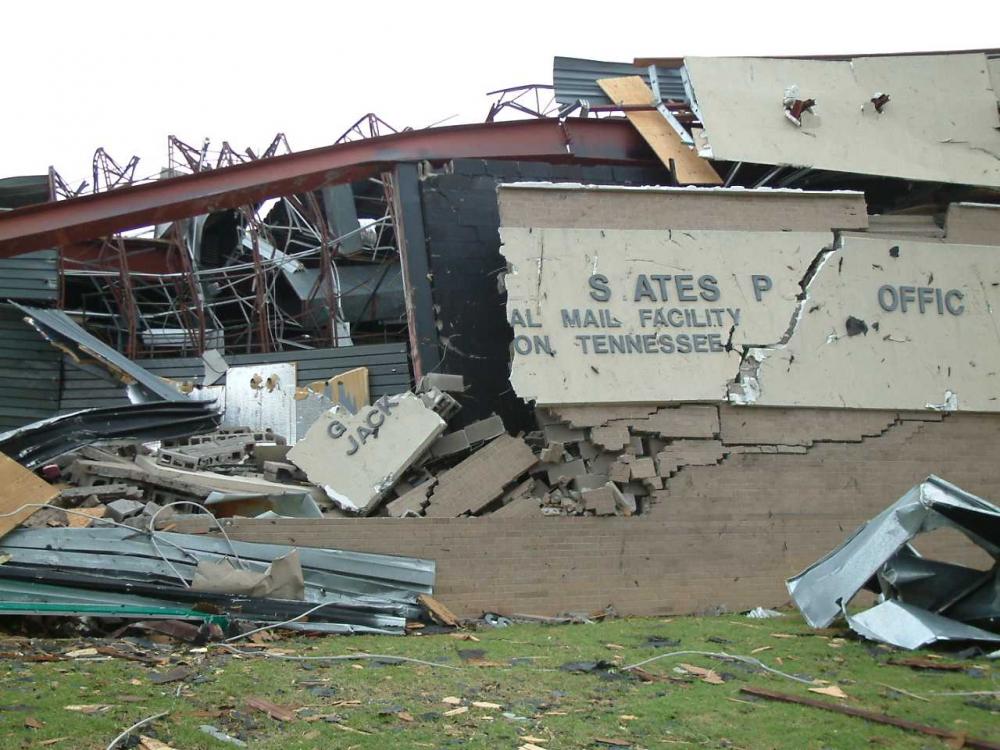 The USPS facility in Jackson, Tennessee after an F4 Tornado destroyed much of the building

And while we weren’t the ones who originally built the facility, we were the ones who the USPS asked to help them get their facility back on its feet. We were there the next day assessing the damage and working on a plan to renovate the structure.

We selectively demolished and rebuilt the 55,000-square-foot facility. Today, it still stands strong, ready to face the most powerful storms. 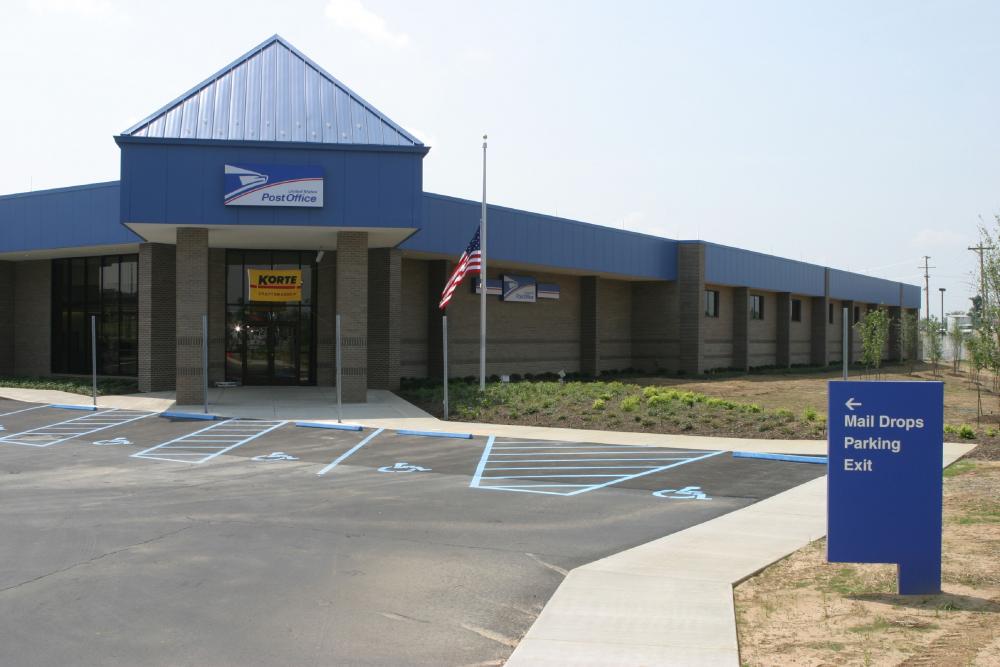 The USPS facility in Jackson, Tennessee after The Korte Company did repairs

We’re a dependable disaster relief construction company, and we’ve helped many businesses repair roofs, walls and buildings in some of the most dire emergencies. From Hurricane Katrina to tornados, blizzards and monsoons, we’ve seen it all. And we’ve built through it all.

Our experienced, multi-disciplined team designs and constructs facilities to the highest standards to withstand any catastrophe. We can coordinate all aspects of builds rapidly, on-budget and to hedge against disaster. You can learn more about our Design-Build team here. If you’d like to receive more information about disaster construction or Design-Build, fill out the form below and sign up for our Build Smart Newsletter.