There when you need us

Natural disasters cause hundreds of millions of dollars in damage, destroy livelihoods and leave businesses and communities in serious need. That’s why The Korte Company has assembled a top-notch response team to handle extreme-rush jobs and disaster relief construction for commercial customers.

Our disaster relief contractors respond immediately to emergency situations to repair, reinforce and rebuild structures anywhere, anytime. We’ve helped companies and organizations large and small through some of the worst disasters in recent history.

Get started on your recovery

The Korte Company tries to build as disaster-proof as possible, but we realize that nothing’s more powerful than Mother Nature. And we know it’s never a good time for disaster to strike, so we’re ready all the time. Our disaster relief contractors are standing by 24-7-365. 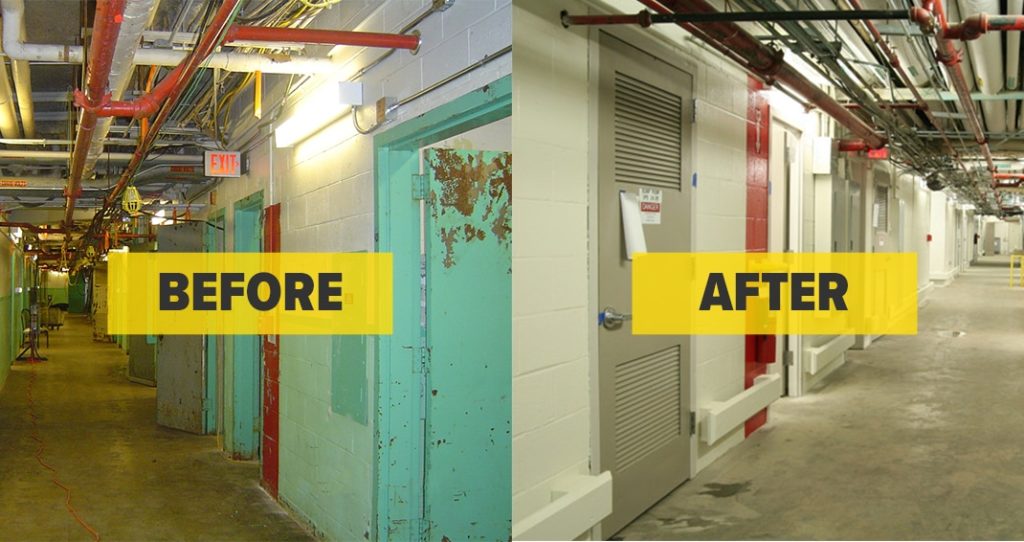 When Hurricane Katrina made landfall in 2005, it tore through U.S. Postal Service facilities in Baton Rouge and New Orleans. We had boots on the ground to immediately assess damage in both areas and were quickly at work rebuilding the New Orleans facility.

In fact, of the major government agencies that suffered facility damage, the New Orleans USPS was the first one back up and running. And we saved them $2 million in the process.

Our commitment to providing disaster relief construction services has taken us across the nation. We’ve helped rebuild after deadly tornadoes, devastating fires and severe storms that packed dangerous straight-line winds and torrential rains. Read about some of those jobs below.

Jackson, TN tornado – When an EF-4 tornado ripped apart a U.S. Postal Service warehouse in Jackson, TN in 2003, our disaster relief contractors were on the ground the following day to assess the damage and plan an emergency renovation. After some selective demolition and lots of construction, the facility was back on its feet. 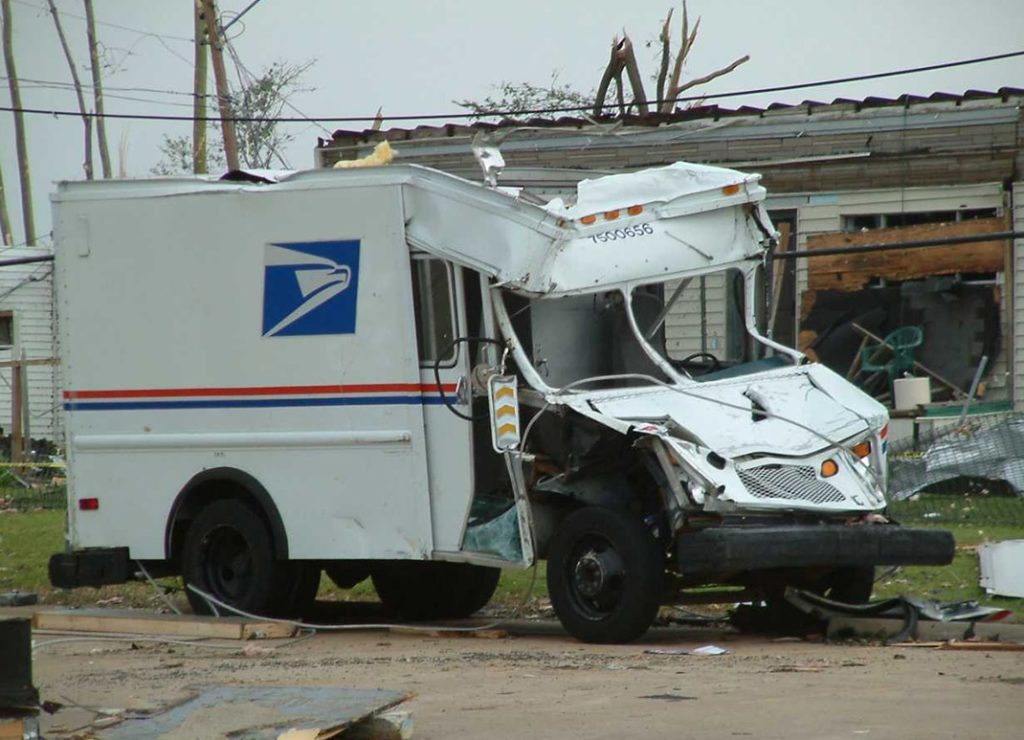 North Reading, MA snowstorm – ‘Twas the season. On December 23rd, 2007, North Reading, Massachusetts was hit with a record snowfall. A total of 13 inches of new snow piled up on the roof of the USPS facility there. Good for Santa, bad for USPS. To remove the snow, safety rails were installed around the roof’s perimeter. Within hours, our crew was on a plane headed to North Reading. Long story short — we installed the rails, removed the snow and got our crew back home just in time for Christmas.

Belleville, IL fire – We were in between renovation phases at Union Methodist Church in Belleville, IL when an arsonist torched a new addition to the complex that was barely a year old. With an extensive prior knowledge of the site and a good relationship with church leaders, we got rolling on a renovation and expansion of the site that resulted in the 2004 unveiling of new offices, a new chapel, classroom and childcare space and a multipurpose fellowship hall.

Cahokia, IL wind damage – During the July 4th weekend in 2000, straight-line winds blew through one of our job sites in Cahokia, Illinois. At the time, we were building a hangar and office facility for Midcoast Aviation (now Jet Aviation St. Louis, Inc.). The wind ripped apart the roof of the building and blew our job trailer off its footings. While everyone else celebrated America’s birthday, our crew was on-site repairing the damage to make sure we could get back to work the next day. 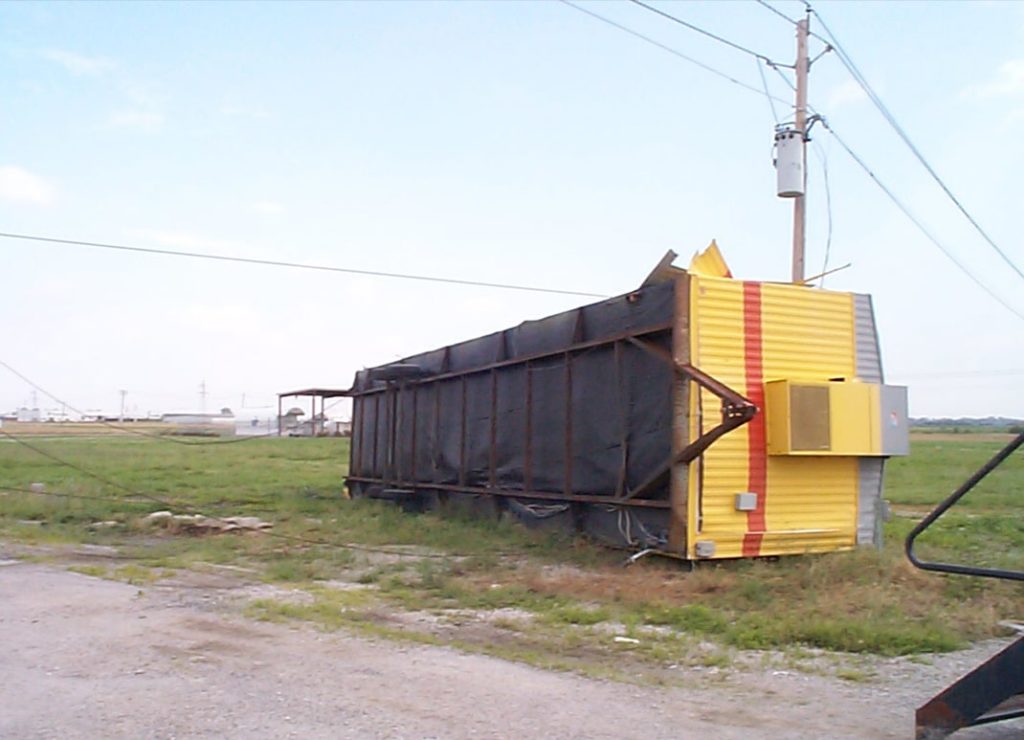 Fairview Heights, IL wind and water damage – Late one Saturday evening, high winds and torrential downpours caused a partial roof collapse at the busy St. Clair Square shopping mall in Fairview Heights, Illinois. First responders were still on site when the Korte team rolled in with the task of cleaning up the mess and assembling a new roof — all before the stores opened again the following Monday.

Edwardsville, IL power outage – Melted chocolate—good on most anything, but not warehouse shelves. When a power outage affected the 1-million-square-foot Hershey’s Distribution Center in Edwardsville, Illinois in the fall of 2010, we took quick action to beat the heat from the brutal St. Louis summer. Within a couple of hours, our team arrived with four air conditioning units and a generator powerful enough to run them on a flatbed truck. The team kept the facility cool for two days while the electrical outage was repaired.

A few other emergency construction jobs under our belts

When a stray cigarette caused substantial fire and water damage to the Sunset Hills Medical Offices in Edwardsville, Illinois, we were there to clean and secure the building that night, ensuring all medical records were safe and intact.

We helped Kim’s Kids, a children’s daycare facility in East St. Louis, get back on their feet after a tornado destroyed the roof and drywall in 2008. And we weren’t above squeegeeing and drying everything out for Faith House when their waterline flooded the interior spaces.

The first jobs we ever took on were construction projects for our neighbors in Highland, Illinois. And there’s a saying that rings through our halls today because of it: “We build for our neighbors.”

That statement was true in 1958, when we started with little more than three people, a truck, and a saw. And it’s true today, when we’re one of the nation’s biggest Design-Build construction companies. Because we view every project like we’re building for our neighbors, there’s no job too big or too small for us.

We’re timely disaster relief contractors ready to tackle any job. If you need help, we’ll be there. Call us at 618-654-8611 or fill out this form to let us know more about your emergency construction needs.