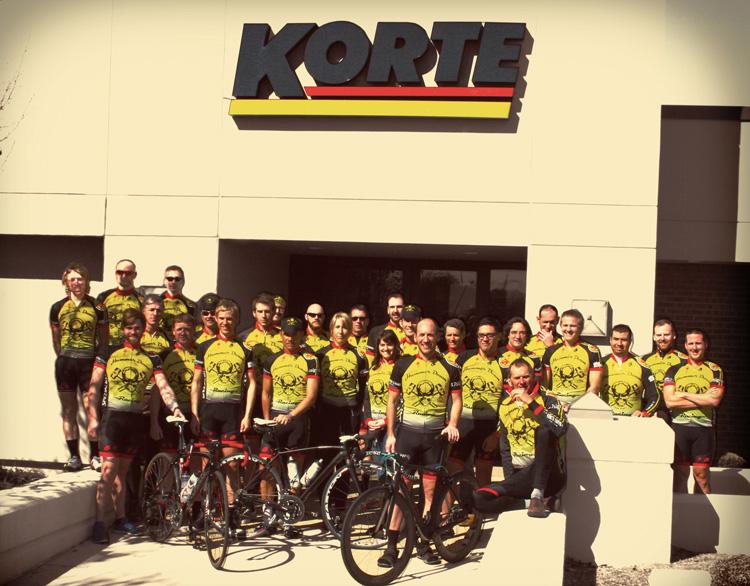 Go ahead and ask – it won’t be the first time I’ve had to answer that one.

Actually, there are lots of reasons. Most of them have to do with the nature of brand advertising and the specifics of targeting a definable demographic and/or geographic segment within measurable business sectors. Blah blah blah. Countless hours have been spent in the generation of multi-colored graphs, pie charts and narratives in the pursuit of proving a direct and undisputable link between one’s marketing budget and the facilitation of revenue growth. And although this is wrong in so many ways, if you happen to be a Pepsi, Nike or Apple, there’s merit in being the biggest kid on the block.

The Korte Company is at the other end of the spectrum. We don’t throw money at celebrities. We don’t show up in animated movies. We don’t sponsor Metallica (although that would be cool). We don’t have a Super Bowl ad. We don’t even own a billboard. But, what we do have is a long tradition of honest, hard-working values — like passion, pride, and a never-ending dedication to get the job done, and get it done right the first time. After all, the job is the boss, and it’s what drives us to build better, greener and faster.

The Korte Company is a national Design-Build construction company based in St. Louis, Highland (IL), and Las Vegas. We’re best known for designing and constructing facilities across this great nation for some pretty well known clients, such as Walgreen Co., Hitachi, Kraft, Hershey, Nestle Waters and Prologis. We’ve also done a fair amount of work for our nation’s Armed Forces, doing our part to improve the lives of those that serve our country. Since the completion of our first military project more than three decades ago, we have delivered more than 500 projects for every branch of our country’s military.

We’re a privately owned, multi-generational Design-Build construction company that was founded 55 years ago with not much more than a pickup truck and a saw. Over the years, our projects have taken us across the country and have allowed us to work with some of the brightest people in the industry. We’ve built in nearly every state — and for some of the biggest names in the business.

The fire in the belly

Call it what you want. Everybody has a passion for greatness. For The Korte Company, that passion comes in the form of a job, a project that we’ve poured our hearts and souls into, a building that we’re proud to sign our name to. For others, it’s the perfect wave, the morning hunt, the last mile, the final push, the sweet spot, the moment when time stands still. It’s absolute, and it defines who we are.

Bikers are the epitome of all these things. Truth is — they’re an exceptionally nutty bunch: Engineers of pain, fueled by a desire to push the limits of man and machine. As a team, they tackle the impossible. And they do it with grace and beauty, day after day, week after week.

It’s a wolf pack we wanted to run with.

Since 2012, The Korte Company has been a very proud sponsor of Hammer Down Racing. Based in O’Fallon, Illinois, Hammer Down is a team of elite St. Louis area riders from a region that’s rich in cycling and continues to show vitality. It was a project we couldn’t resist.

From first pistol, members of the Hammer Down Racing team have played a tremendous role in fueling social visibility and inspiring advancement of both the team brand and The Korte Company brand. Team members have been very active on both Facebook and Twitter, and through these channels, have been involved in the look of their racing kits, logos, slogans, t-shirts and more. 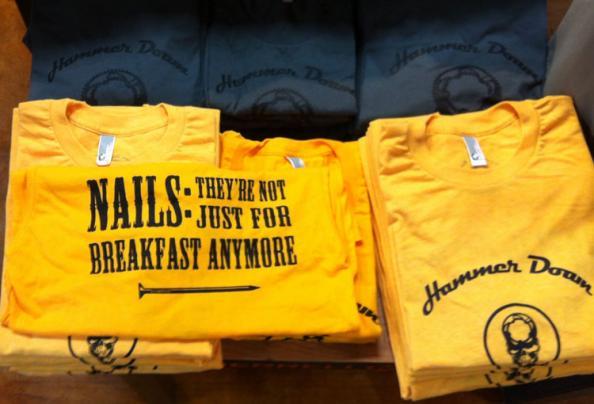 Additionally, Hammer Down Racing has been able to establish itself as a consistent performer with multiple wins and top finishes. With continued effort, hard work and dedication to excellence, Korte Hammer Down Racing will remain a force in the local competitive biking circuit — just as we at The Korte Company have remained a force in the construction industry. And that — that’s something we’re proud to “have our name on.”

Here’s to us all doing our part to make a better, stronger, smarter local community, and to putting the hammer down when we do it.