Every challenge is also an opportunity.

You can learn more from things that go wrong than those that go perfectly to plan.

This was definitely one of those moments.

Something major happened in 1990. A rare mistake forced the company to rethink who we were and how we did business. It pushed us to blaze new paths and pursue new opportunities that drive our success to this day. 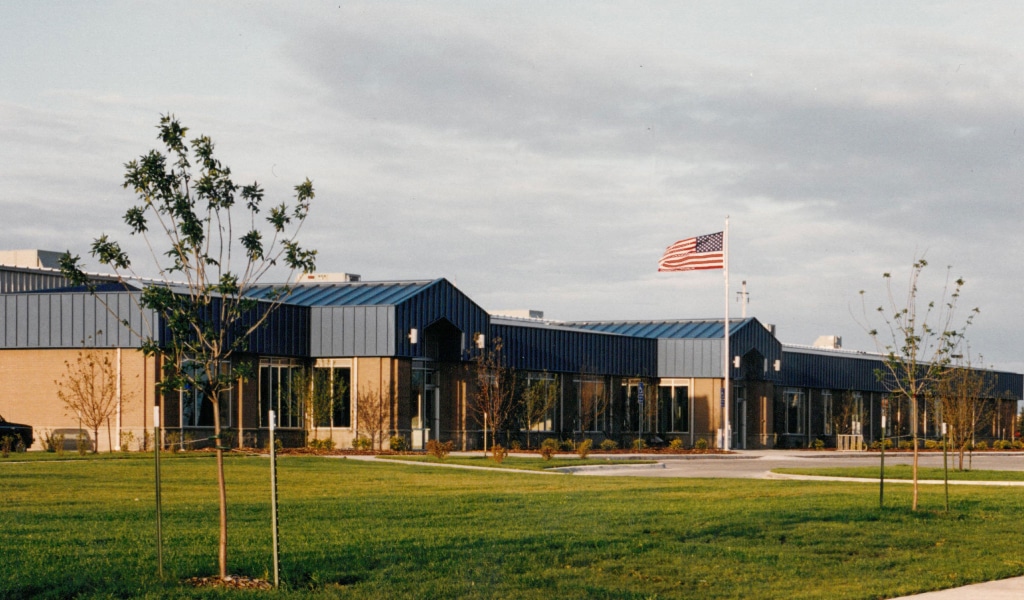 The Korte Company and the U.S. Postal Service have worked together since 1990. We owe a big part of who we’ve become since then to that work.

But without this learning opportunity, our 50-plus USPS projects might never have happened.

In the late 1980s, The Korte Company was at a crossroads. Since our founding in 1958, we’d solidified our reputation as a premier builder in Southern Illinois. But there was only so much room to grow in this mostly rural region.

Founder Ralph Korte laid down the gauntlet shortly after we completed a renovation of the renowned Union Station in St. Louis: The company needed to set its sights on the city. If we were to keep growing, we had to win more work in St. Louis.

But the St. Louis construction market is famously cyclical. And just about the time we reached that crossroads, a downturn in the market had settled in. 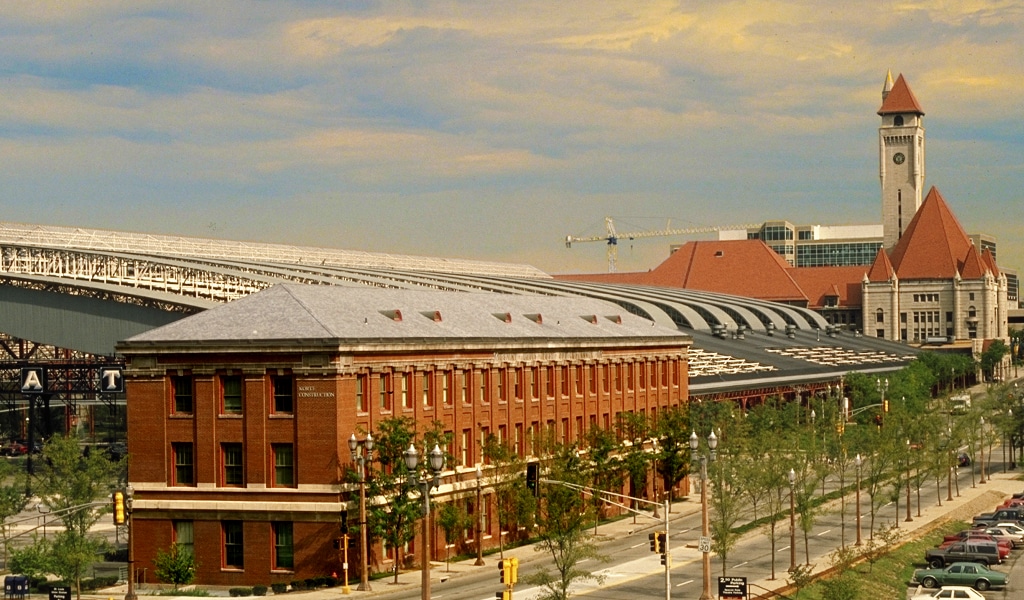 Competition was fierce for what little work came up for bid in 1990. We had our sights set on three projects; we needed to win at least one of them. If we didn’t, we risked a downsizing.

Everybody in St. Louis wanted in, and they were willing to sell themselves perilously short just to seal a deal.

We weren’t even in the running on the first project of the trio, despite handing in what we believed was a tight bid.

And even after lowering our fee and removing general conditions from our bid on the second project, we still were only the runner-up. The winning bidder had undercut us to the detriment of their own bottom line.

So the third project was a must-win. And it was right up our alley: A local electrical utility planned to construct a substation maintenance complex in suburban St. Louis.

We bid the work tight. As tight as we ever have. As tight as the sluggish market dared us. And as we looked over the papers one final time, the mistake hit like a blow to the stomach.

A miscalculation in the bid. An error to the tune of $2 million.

That’s too much to work out with no time to spare on bid day. And we couldn’t submit something like that with a straight face.

So we did the only thing we felt was right. We withdrew our proposal.

Back to basics: Refocusing on Design-Build projects

Our head estimator was livid.

He wasn’t mad at anyone in particular, except maybe himself. A cloud seemed to hang over the office. Everyone was despondent, especially him. He went home that night. Some of us thought that it might be for good.

But the next day, he came back. And it’s what he came back with that began to brighten up what had been a grim scene in the office.

At the root of it, there were three simple questions: What kind of work do we like? What work are we good at? And where do we find it?

Answering the first two questions was relatively easy. We liked Design-Build. And we were very good at it.

But where was the Design-Build growth opportunity? That had been harder to divine. In those days, Design-Build was viewed as a “rogue” delivery method new enough that most markets, including ours, still shunned it.

St. Louis hadn’t yet embraced this progressive way to build. It wasn’t ready. We wanted to do what we did best, and that meant becoming a truly national builder. 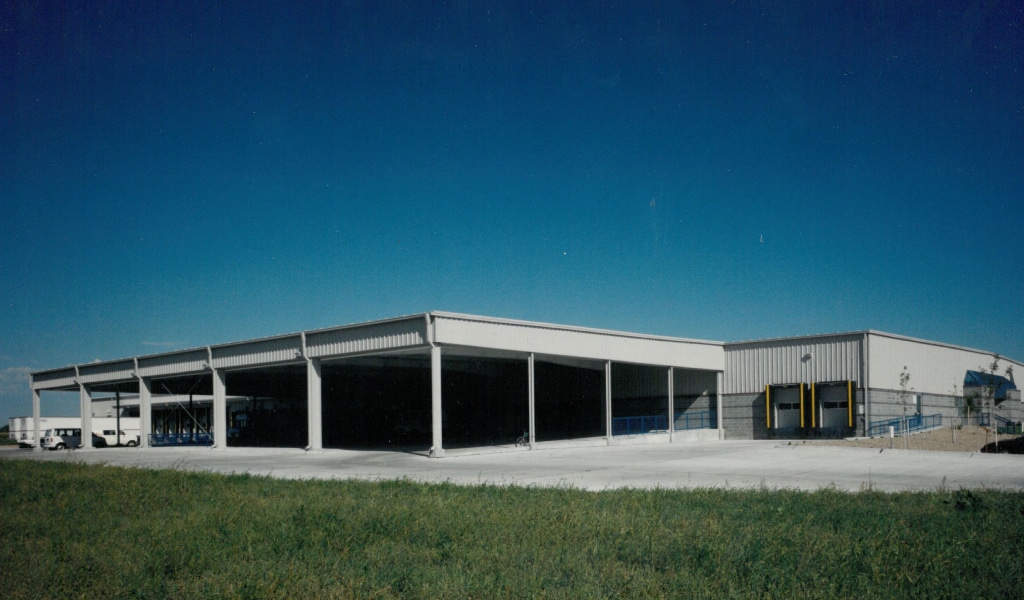 You could argue that math error — and the energetic search for Design-Build opportunities that followed — also launched The Korte Company into the digital age.

That energetic search took us someplace we’d never been before: the internet.

By 1990, the federal government had been posting business opportunities to the Federal Bid Opportunities’ (FBO) new webpage (it’s called SAM.gov now). We were tracking leads one day when something caught our eye: The U.S. Postal Service was planning to build three new processing and distribution centers across the Plains states.

After some additional research, we learned that a federal construction official based in a regional office in Denver was intent on giving Design-Build a try. The delivery method would be trialed on the new facilities planned for Grand Forks, North Dakota; Huron, South Dakota and North Platte, Nebraska. 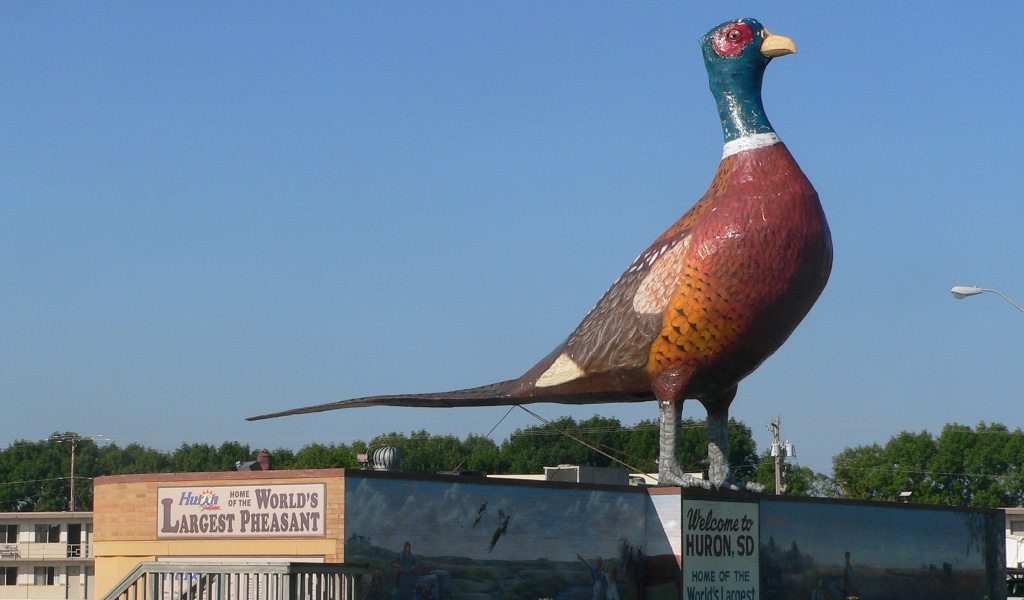 At the time, we hadn’t done much government construction. But the opportunity seemed to check all the boxes: We liked Design-Build projects. We were very good at them. And the federal government is always building something, making them a strong candidate to become a repeat customer if we’d ever seen one.

It was the chance we were looking for, so we took it.

To see how things turned out, you’ll have to read about what the world’s largest pheasant taught our team about due diligence.