What pushed The Korte Company from being a modest regional builder into a proper national Design-Build construction company?

The four projects narrated below changed the game for The Korte Company, putting us on the path to becoming one of America’s premier warehouse and distribution center builders.

Funny thing is, we only won three of them. 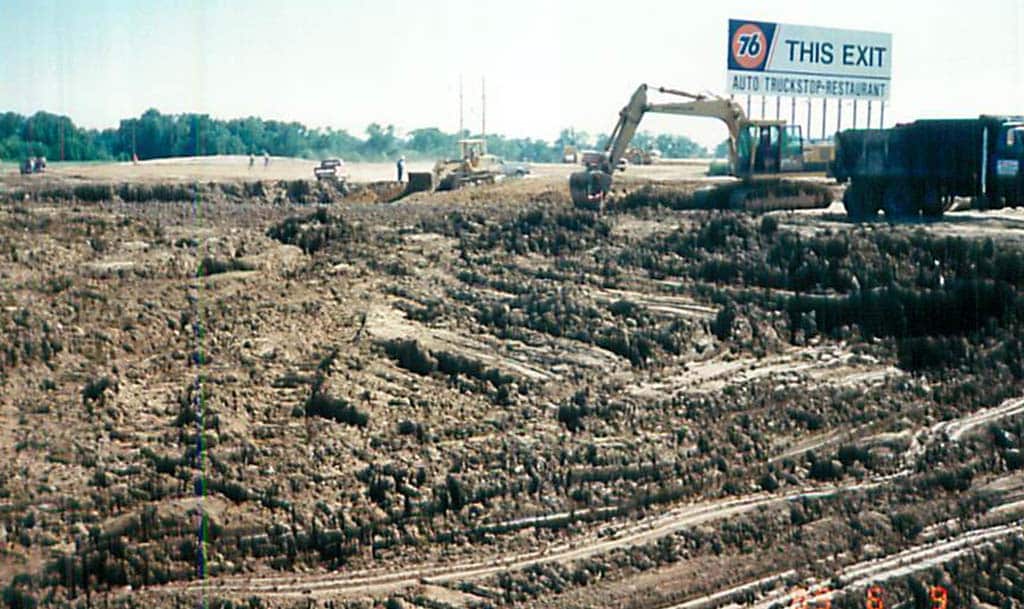 Heard it through the grapevine

Estimator Jerry Rehkemper was stationed in The Korte Company’s Mt. Vernon, Illinois satellite office when he heard a rumor.

According to a local plumbing subcontractor, Walgreens wanted to build a distribution center near I-64 on the west edge of town.

It was news to Jerry, who in turn called Dennis Calvert right away. Dennis called up to Walgreens’ home office in Deerfield, Illinois, near Chicago. If the rumor was true, it’d be a major win if we were awarded the work.

“I got nowhere,” Dennis said. “And a couple more times over the next couple months, we got the same story: Walgreens was moving into Mt. Vernon. But still no luck.”

Then, the plumbing contractor called Jerry again. The project, he said, was “on the street.” He furnished the phone number of the Walgreens project manager in charge.

Dennis called him on a Friday morning and pitched him on The Korte Company.

“Your company sounds wonderful,” the man told Dennis. “But we’ve already selected five builders. There’s no room for you. The project bids in seven days.”

Not easily dismissed, Dennis had a counter-offer. He invited the project manager to talk to a man at a new United Stationers facility just a few miles from Walgreens headquarters. The Korte Company had recently built the 400,000-square-foot pre-engineered Butler building, finishing $500,000 under budget.

“I talked to your guy. I couldn’t shut him up,” he said. “So we want to give you a chance. I’ve got documents and drawings that I’ll overnight you. You’ll have them Monday. Bids are still due Friday.”

On Monday, Dennis got the team in gear. Then he drove up to Chicago the following Wednesday to meet with the Walgreens construction team.

That’s when he figured out how The Korte Company would win the project. 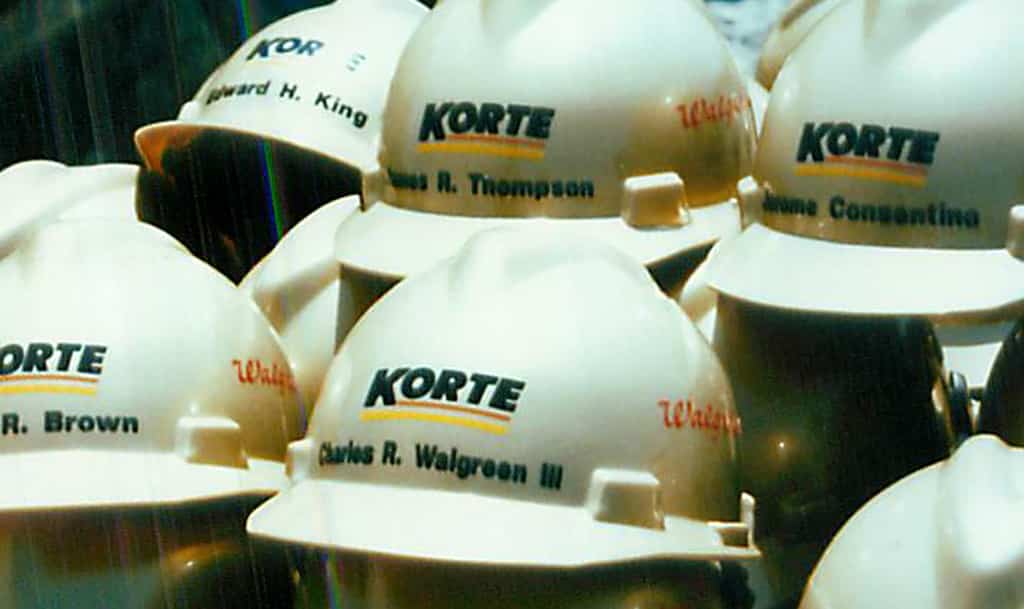 The Deerfield headquarters faces the interstate, the length of its two-story façade interrupted by imposing columns. What if we incorporated a similar element in Mt. Vernon?

Then, in his meeting, Dennis convinced the Walgreens officials to allow him to hand in The Korte Company’s proposal at 8 a.m. the following Monday instead of 5 p.m. Friday.

“You’re not going to look at them until Monday anyway,” Dennis reasoned. “I’ll hand-deliver them to you Monday morning.”

The rest of that week was textbook Dennis. He ordered the design team to turn everything around. Where the initial plan called for the frontage of the structure to face west — away from I-64 — Dennis wanted it to face east. He wanted it to be seen.

Jerry kept running the numbers and lining up subs. He confirmed that Dennis’s design change wouldn’t blow the budget.

At 8 a.m. Monday, Dennis handed over the proposal as promised.

“We ended up getting the job,” Dennis said. “We did a good job for them. They were very happy.”

It was a home run, thanks in large part to three men Walgreens had come to trust.

The project superintendent was Jack Quatto. John Wetzel was project manager. Bill Pistrui, by then a renowned and respected St. Louis architect, led our design department. Each had boots on the ground and were in daily contact with Walgreens’ construction team.

It was our first successful Walgreens delivery — and the first (and only) time a groundbreaking included an aircraft landing.

But there was more work to do. One project isn’t enough if you want to forge a long-term construction partnership with a major American corporation. 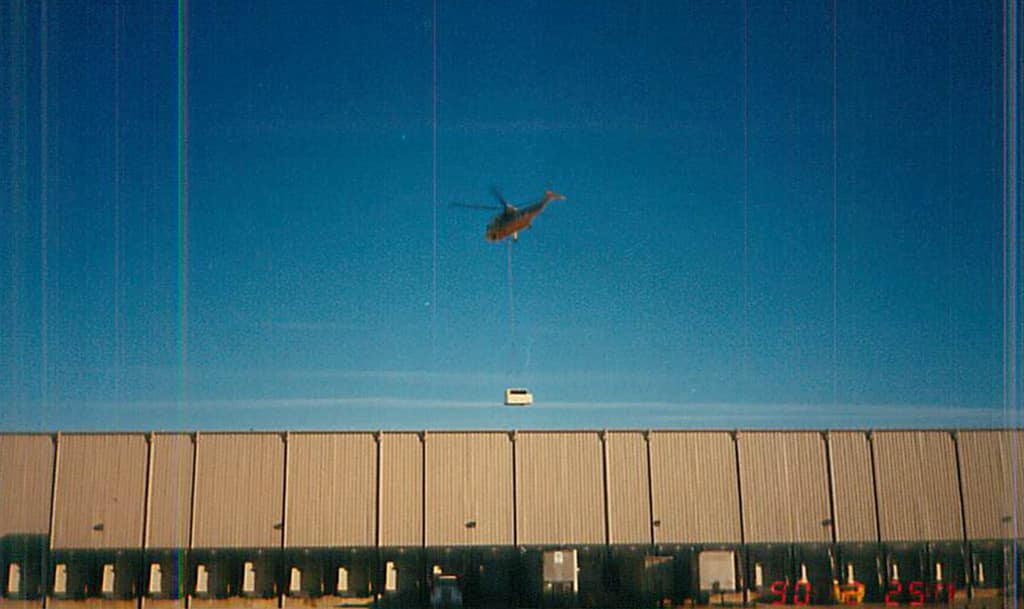 The paint had barely dried in Mt. Vernon when Dennis received more intel.

This time, it came from Bill Pistrui. Bill said Walgreens was ready to build another distribution center, this one in Bethlehem, Pennsylvania. Dennis called his Walgreens contact once again.

It was bad news: Even though The Korte Company had done marvelous work in Mt. Vernon, according to Walgreens, “We can’t use you out there. Allentown is a whole other world.”

Which is to say, it’s a lot like anywhere. When there’s a project to be done, out-of-towners can’t just swoop in to take up all the work. As Dennis described it, you have to be “in.”

But Dennis and Bill kept doing their homework anyway. Bill found out the proposed location of the project would be an industrial park called “Lehigh Valley.” That scrap of information was enough to send Dennis out there on reconnaissance.

Dennis’s Pennsylvania recon mission is a story unto itself, but it resulted in some alarming news:

The contractor Walgreens had initially selected wasn’t up to the job. Site work had ground to a halt after the crews encountered subsurface subsidence. No one had known it was there. The builder didn’t know how to resolve the problem.

Worse, rumors were circulating that the builder was in bad fiscal shape.

The final straw came on a Thursday morning as Dennis sat in a meeting at Walgreens headquarters. The second in command of the Bethlehem contractor had called to report his resignation. Dennis overheard the whole thing.

The Walgreens team rang off the call and turned to Dennis.

“Can you start Monday?” 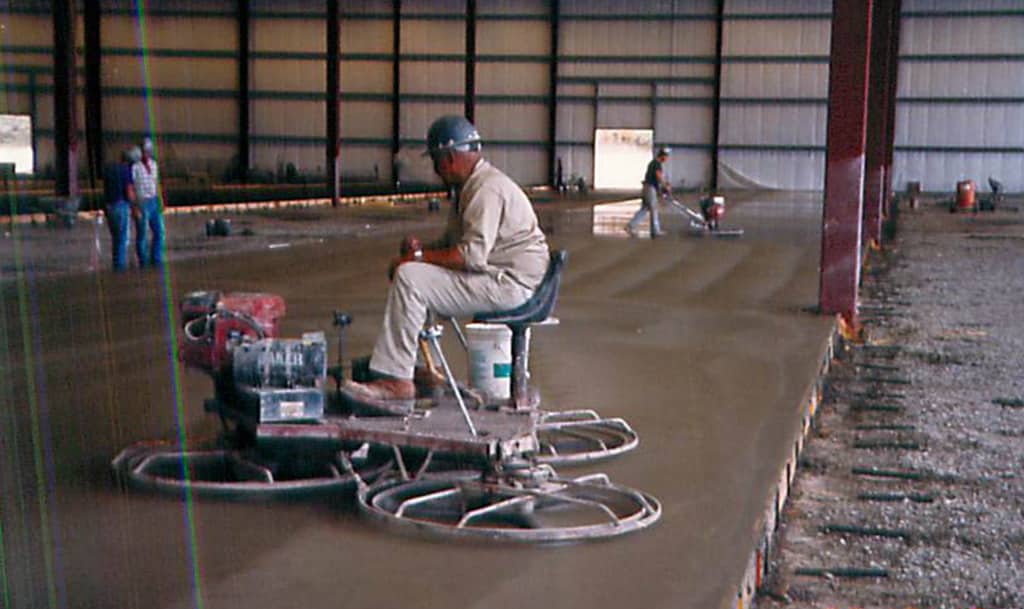 Striking out in California

Even as The Korte Company was beginning its work in Pennsylvania, Dennis caught wind of a third Walgreens distribution center to be built near Sacramento, California. Walgreens had wanted to use the same plans we had developed for the Mt. Vernon and Bethlehem projects.

Dennis called his Walgreens contact to ask about submitting a proposal for the project. The reply was familiar: “He said, ‘It’s a whole different animal out there. You don’t know anything about California,’” Dennis said. “The same story we’d gotten before.”

It was true that The Korte Company knew nothing about California. We didn’t have a license to build there. But that had been the case in Pennsylvania, too, and that project had gone well.

And Dennis had an idea for how to sidestep the licensure issue. Prior to working for The Korte Company, he was an architect at RNL, at the time the largest architectural firm in Denver. RNL was licensed in all the western states. Dennis called to see if they were interested in designing the Walgreens project, and they were.

Walgreens agreed to hear a joint proposal from RNL and The Korte Company, but it was not to be. A very large San Francisco-based contractor was chosen instead.

But that contractor was not familiar with the Butler pre-engineered buildings Walgreens was building across the country. As a Butler dealer at the time, we knew them intimately.

The California project wrapped up almost a year late and $2 million over budget. 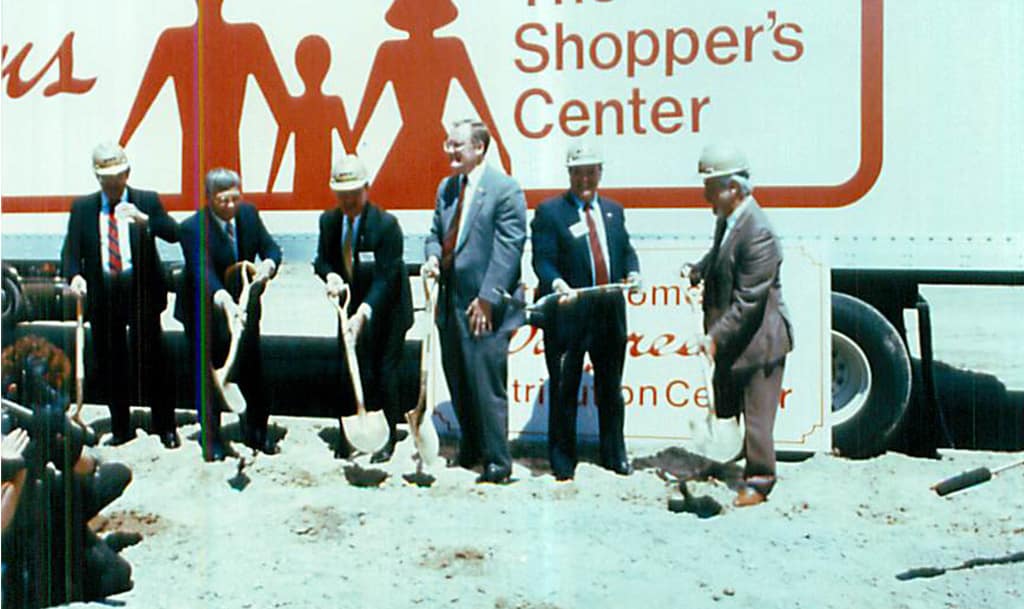 Having averted disaster in Pennsylvania and still reeling from one in California, Walgreens was keen to get it right by the time they announced plans to build a facility outside Madison, Wisconsin in the small town of Windsor.

They also had a new head of construction, who dispensed with the normal back-and-forth when he spoke to Dennis about the Windsor project.

But there was more: Walgreens wanted to enter a long-term contract where The Korte Company would build everything.

Windsor would be the first project under that contract.

The first obstacle came up right out of the gate.

In the early stages of construction, the footings weren’t properly poured, which could’ve cost Walgreens up to $200,000. That wasn’t a great start to that long-term partnership and it had to be fixed ASAP.

We believe in accountability in this outfit.

The Korte Company took responsibility for the mistake and did the hard work of getting the project back on track. Everything else went off without a hitch.

The facility ended up being one of Walgreens’ largest in the country.

New projects fired off one after the next like fireworks, taking us to dozens of states on a spree of work spanning three decades. All told, The Korte Company has completed roughly 100 projects for Walgreens.

And while that relationship has since ended, the lessons learned from the foundation of one that today is in its early stages.

From 2014 to late 2021, we delivered 57 construction projects for Amazon totaling 4.4 million square feet.

With warehouse construction booming, it’s a good bet that the world’s biggest eCommerce brand will be building distribution capacity for a long, long time.