With over 60 years of construction experience, The Korte Company has delivered hotel and housing facilities from coast to coast. It’s helped us learn a few important lessons we take with us on every hotel construction project:

First, we’re responsible for designing and delivering lodging spaces that meet owners’ business goals. Second, we meet those goals by applying our architectural design and construction knowledge to the pursuit of making life a little easier for both the hotel owners and their guests.

It’s not always easy, but the things that matter most seldom are. An owner’s best partner for hotel construction is a Design-Build firm who understands that. To see that understanding in action, let’s take a quick tour of some of our notable hotel construction projects.

The Korte Company was awarded this project in 2003 and immediately helped the customer identify cost savings during the early phases of the design process. The hotel’s value increased before shovels even hit the dirt.

The 97,000-square-foot resort stands eight stories and features 34 three-bedroom, two-bath guest suites. A custom fountain is the focal point of the resort’s main lobby, which connects the bar and restaurant to the outdoor pool area. 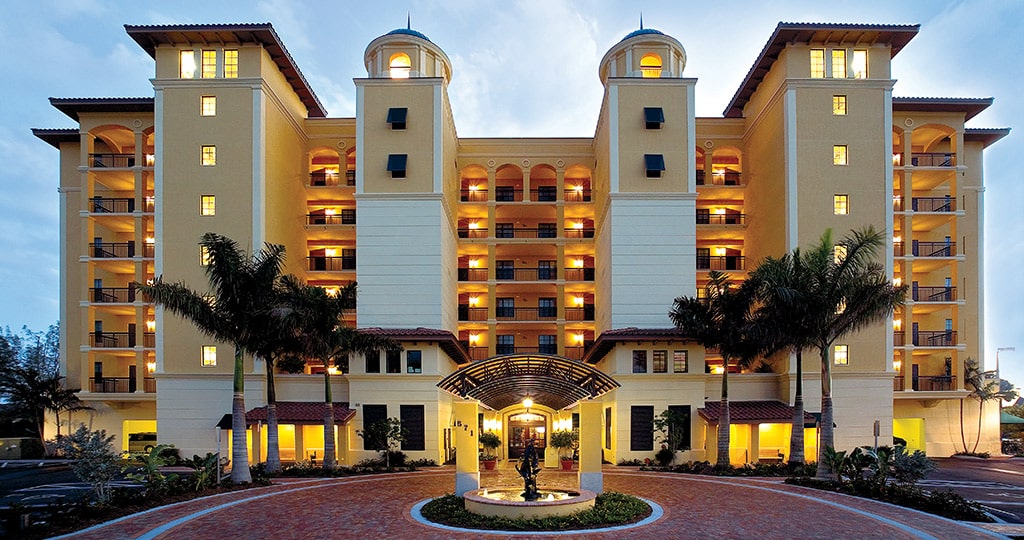 Due to its location on Florida’s Gulf coast, the resort had to meet strict disaster-resistant construction requirements. The design was put to the test on Aug. 13, 2004, when Hurricane Charley made landfall just 40 miles away, lashing the coast with 145 mile-per-hour winds. At the time, the hotel was three-quarters complete. Our crews returned from mandatory evacuation to a damage-free jobsite.

The U.S. Army initially envisioned a 1,000-room hotel rising 15 stories above the Petersburg National Battlefield. But the grand design came with some roadblocks, so we sat down with the Army to develop a design that would suit the site, meet the base’s lodging needs and save time and money.

Based on our study of the site, we determined a shorter building with a larger footprint would be the wiser choice. The Army agreed to our design for a seven-story lodge. 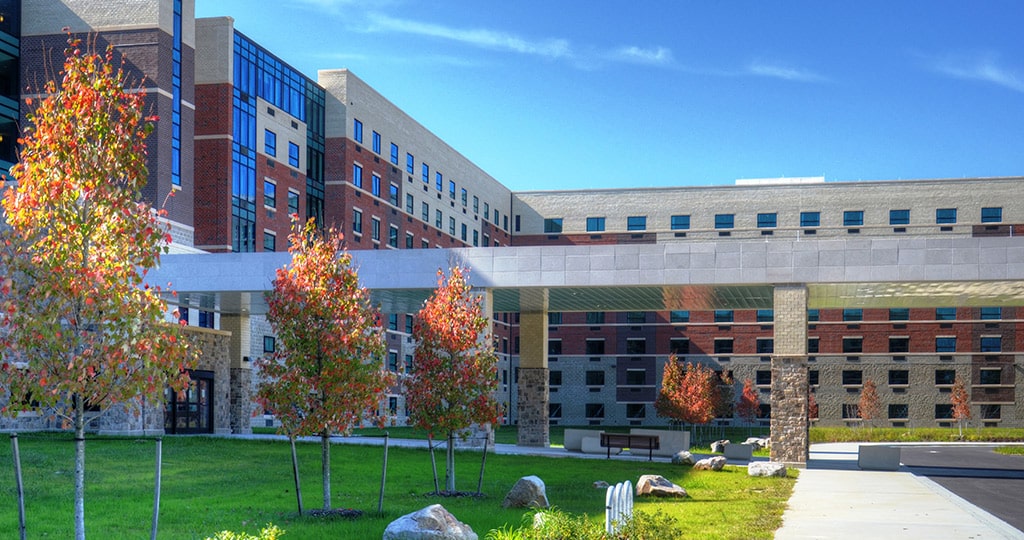 The shorter structure allowed for the use of light gauge prefabricated metal framing and eliminated the need for separate metal studs on load-bearing walls. It was a more cost-effective material choice that’s quicker to install, and it resulted in significant savings the Army put toward improvements elsewhere in the lodge.

As with all our military construction projects, the Ft. Lee Army Lodge was built to the Department of Defense’s strict Anti-Terrorism / Force Protection standards. We’re proud to have played a part in creating a striking lodge that provides safe shelter for our heroes.

The visitors’ quarters at Scott Air Force Base is a versatile lodging facility supporting a wide range of guests, from airmen on short touch-and-go visits to personnel on extended-stay assignments. 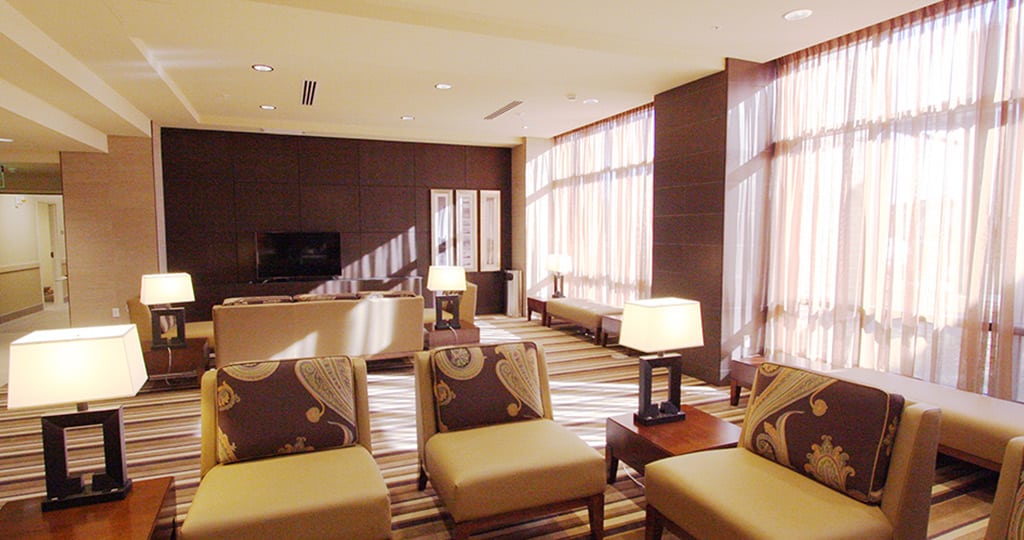 But perhaps the crowning achievement of Scott Inn is the way the LEED Silver-certified facility seamlessly integrates life on-base with the surrounding region. It’s a short walk from the light rail line serving the St. Louis metropolitan area, a regional lifeline making transit to and from the base a cinch.

We’ve built resorts before. We even highlighted a couple above. But this project was different. Kilauea Military Camp —known as KMC—  has a history as old as Hawaii Volcanoes National Park, both having been established in 1916. Since then, KMC has served as a training facility, housed a Navy camp, hosted numerous dignitaries including General Dwight D. Eisenhower and briefly served as an internment and prisoner-of-war camp during World War II. 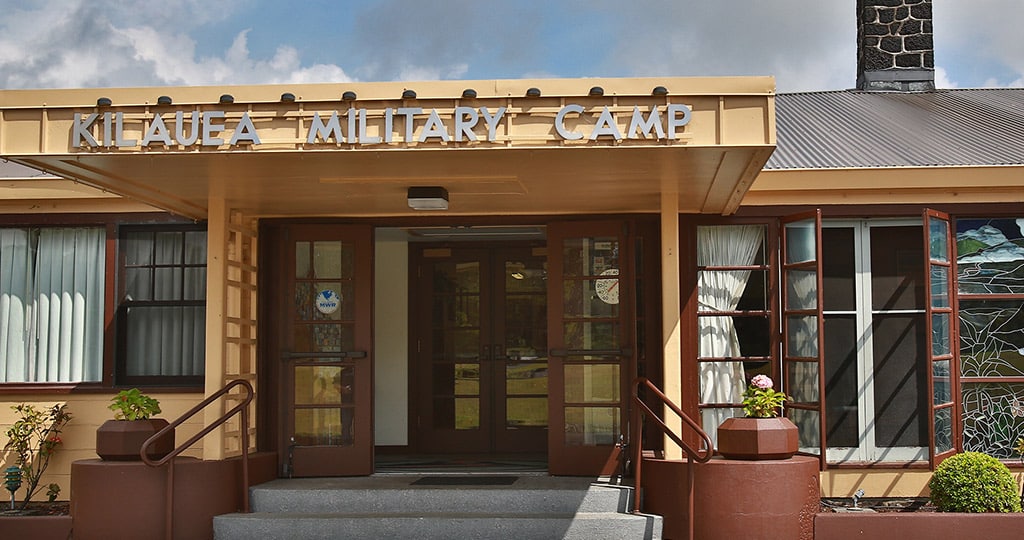 The resort is situated within the 300,000-acre Volcanoes National Park on the “Big Island” of Hawaii, little more than a mile and a half from the rim of the Kilauea volcano. Today, the Camp serves as a resort for both active-duty and retired military members.

It took a monumental effort to renovate the complex that once held Japanese and Italian prisoners during WWII. That effort included the overhaul of seven cabins as well as a cafeteria, a lounge, a dormitory and a store. Cabins feature kitchens, Jacuzzis, cable TV and baseboard heating. The grounds were enhanced with the addition of concrete paths, handicap ramps and improved exterior lighting.

The seven-story, 103,831-square-foot hotel features 200 guest rooms, an on-site laundry facility, staff training and maintenance spaces. It will houses most of the base’s lodging administrative staff.

As with almost every Department of Defense project we complete, green construction methods were applied. Gateway Inn & Suites is expected to achieve LEED Silver certification according to USGBC requirements. 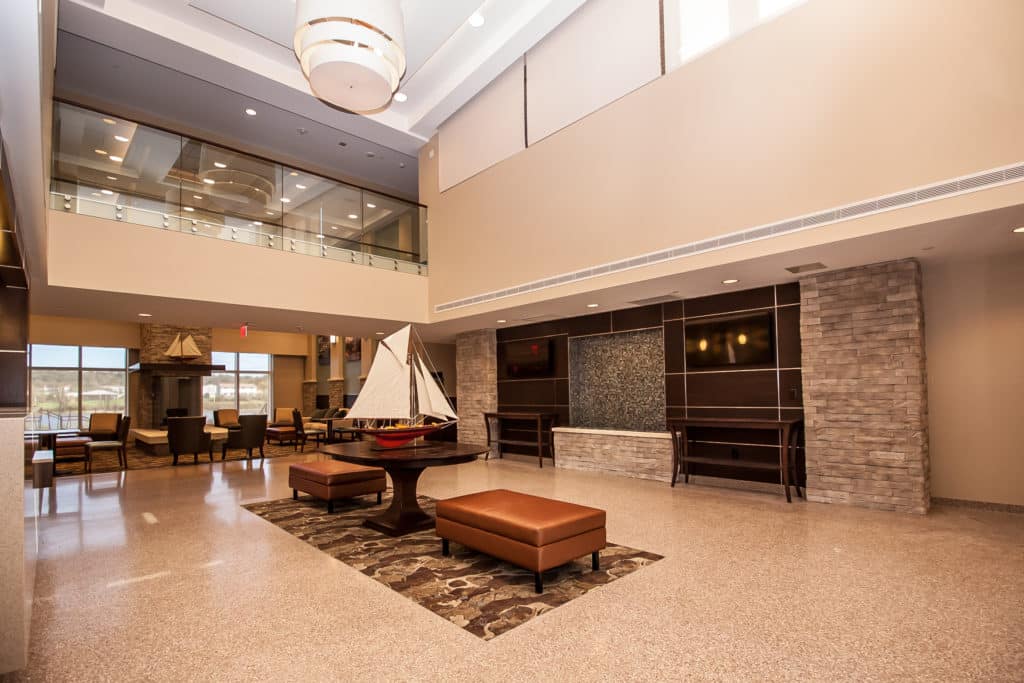 We are currently underway on one of our most exciting projects at The Four Seasons Resort. Located in the heart of the Rockies, this iconic alpine resort is receiving a multi-story, 5-star makeover. 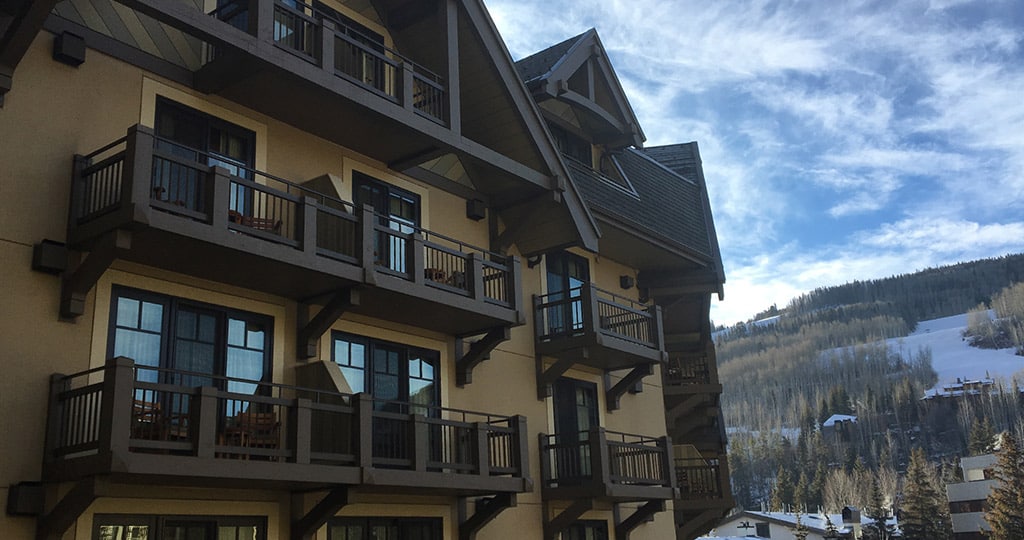 The renovation includes an extensive overhaul of all 97 guest rooms and 16 residence properties. The scope includes the installation of new flooring, casework, stonework and masonry. Guest quarters will be updated with new bath areas and modernized vanities. To enhance the guest experience, a Lutron hands-free personalized light control system will be installed throughout.

The project is the cornerstone of the overall Master Plan developed by Extell Development for The Four Seasons Resort, and The Korte Company continues to work closely with them to ensure every phase of construction is delivered on-time and on-budget.

The Korte Company’s hotel construction experience spans the continent and beyond. We’ve been successful because our teams understand the balance that’s required on projects like these. It’s about achieving the best of both worlds: Helping hotel owners achieve their business goals and creating spaces that allow guests to relax and recharge.

We take hotel construction this seriously because we understand that travelers deserve nothing less than a welcoming, comforting stay away from home.

Get a comprehensive look at how your contractor’s design team can help put you in position secure maximum return on investment by reading our guide to strategic architectural design. After that, let’s have a conversation about getting your hotel construction project started.

Design isn’t just art. It’s a blend of strategy, problem solving and vision — form and function coming together to create facilities that meet business needs and improve operations. Learn how to strategically plan a project with a design that drives ROI. 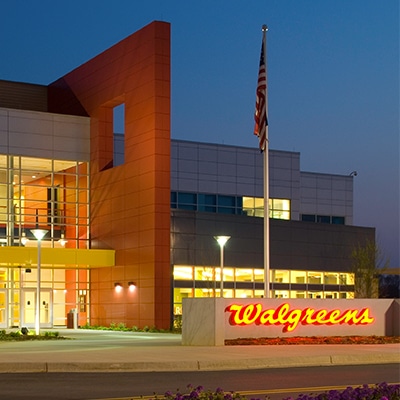