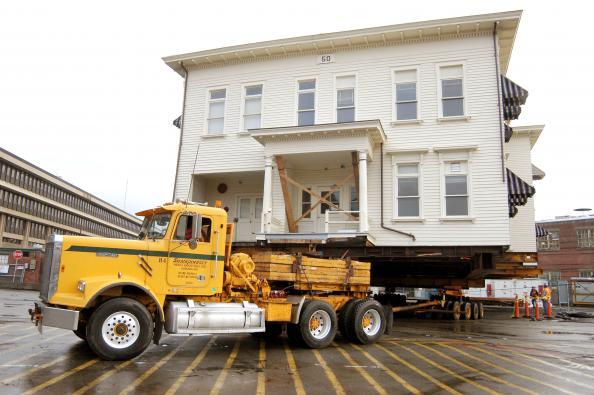 History is everywhere. And sometimes it needs a move. Or at least, it deserves the proper space. In 2006, we had the honor of relocating and revitalizing a historic landmark for the U.S. Navy, as we turned it into the Puget Sound Navy Museum. Building 50 was originally constructed in 1896 as the Navy’s facility headquarters for the Puget Sound Naval Shipyard in Bremerton, Washington. After we completed a historic building restoration project, it became one of 12 Navy-operated museums celebrating U.S. Naval history.

We’re no strangers to historic construction, having completed landmark building restoration projects nationwide. But this one was a bit different, since we had to carefully transport a century-old building. 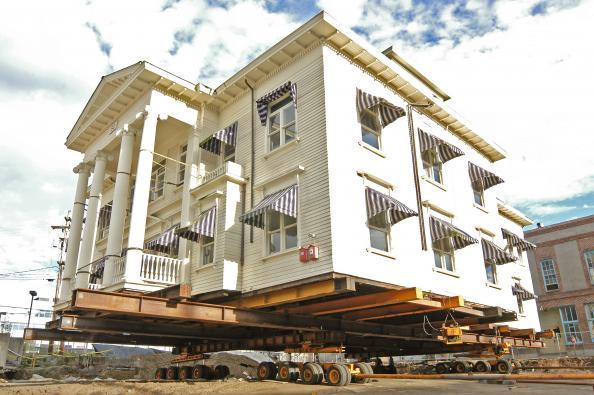 Our work began in December of 2003, when The Korte Company was selected as the Design-Build contractor for a $17 million U.S. Navy Waterfront Support Facility project at the Puget Sound Naval Shipyard. The new, three-story facility is 74,000 square feet and includes administrative offices and shop capabilities. It handles industrial ship services from personnel facilities to troop support areas, such as temporary berthing and briefing areas. In addition to the new construction, the project called for us to relocate Building 50, which had originally been built 110 years earlier for the lump sum of $7,000.

Our work for Building 50 was part of a larger combined effort by the city of Bremerton, the Navy and U.S. Representative Norm Dicks to jump-start the Bremerton area’s renewal process. They not only had Building 50 restored, they conducted an ongoing effort to expand the entire waterfront area and increase public access to it. A unanimous vote by the City Council transferred ownership of Building 50 to the City of Bremerton, sealing the deal and paving the way to move the building to its new home. It now resides near the ferry terminal, where it became the anchor of a two-block Maritime Park. 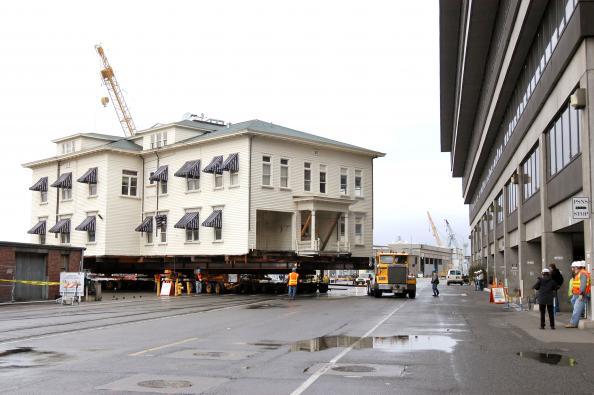 Moving a century-old building is itself an intricate operation, but the fact that this was actually the building’s eighth move certainly made the project that much more challenging. As with any tough assignment, it was a definitive step for both The Korte Company and Building 50. We’re proud to be part of history and help solidify the preservation of this historic landmark.