Time is one of the main measuring sticks companies use to judge the success of an initiative.

It figures so prominently because almost no one operates in a monopoly. Competition is fierce, and that means time is of the essence.

Serious costs accompany blown deadlines. But saving time usually creates a benefit, whether that comes in the form of reduced costs, additional capacity or new opportunities.

Nowhere is this contrast sharper than in construction.

When a building isn’t ready on time, labor and opportunity costs soar. When it’s finished early, potential opportunities abound. But as you’ll read below, companies can only seize those opportunities if they’re adequately prepared. 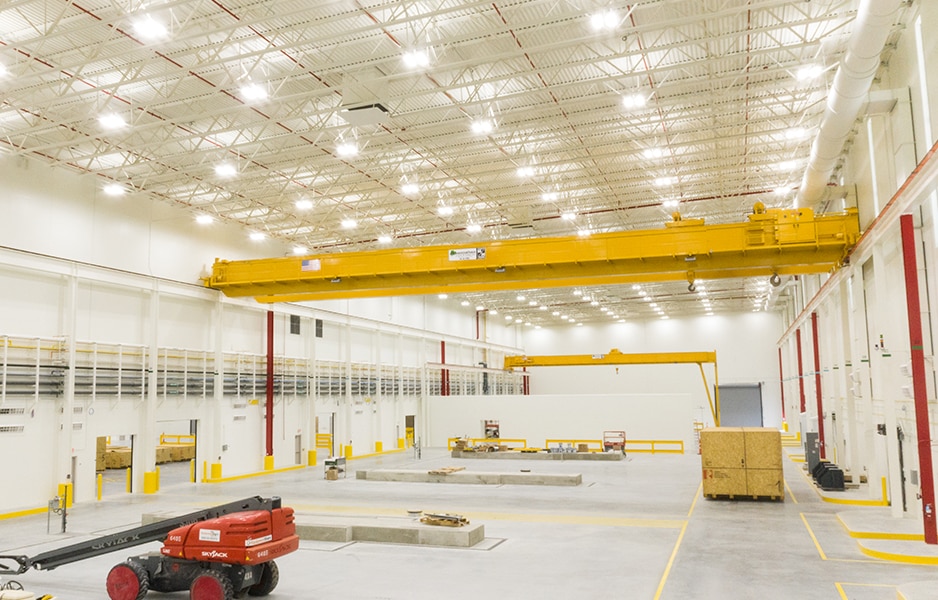 In this resource, we review the benefits of completing construction ahead of schedule, explain the challenges many owners must overcome when projects are finished early and share pre-construction planning tactics that will help you make the most of an early completion.

Also included are the stories behind two of our U.S. Postal Service projects that came in ahead of schedule and under budget.

What speed to market means

Getting to market faster creates advantages for firms of all shapes and sizes—from startups offering a new product or service to established brands focused on growing market share or seeking to operate more efficiently. Consider these benefits:

Likely the most basic advantage of an early completion is cost savings. While fixed costs won’t change (the price of steel is the price of steel), variable costs associated with the duration of a project tend to decrease as duration decreases.

Meet demand ahead of competitors

When construction finishes ahead of schedule, an owner can move in and begin offering their goods or services sooner. In markets where demand already exists, meeting that demand ahead of the competition can create a lasting competitive advantage.

Expanding production capacity or making production more efficient are probably the most common reasons a firm renovates, expands or builds new. When such a project is finished early, the intended impacts of the project occur sooner. Firms can often tie short-term revenue bumps to construction projects finished ahead of schedule.

The need to reduce costs or process inefficiencies also motivates firms to build; the dynamic is like the one described above. Early completion displaces high costs and inefficient processes sooner than projected, usually resulting in decreased short-term costs. 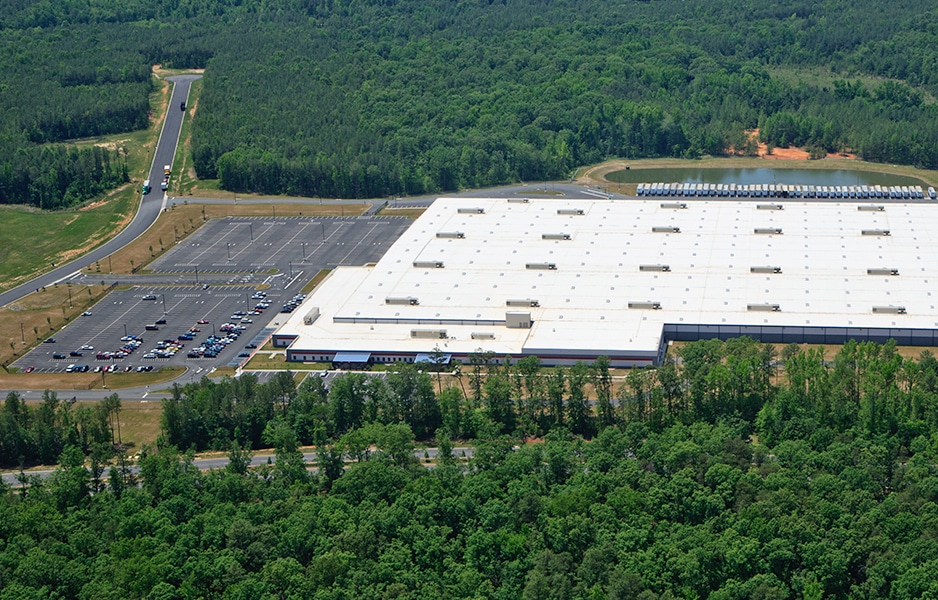 We must note that the benefits of finishing construction ahead of schedule are potential but not always guaranteed. Firms wishing to leverage speed to market opportunities must plan ahead to address these common challenges:

Some firms build new facilities so that they can leave old ones. Those that lease existing spaces often time construction to coincide with the expiration of a lease agreement. If the project is finished early, leaders must decide whether canceling that lease (and incurring a penalty) to get into the new space makes more fiscal sense than continued occupation of leased property.

Moving into a new space can also impact agreements between owners and outsourced custodial or maintenance providers. The challenge is amplified if those providers are protected by labor unions. Even if construction is completed ahead of time, owners aren’t likely to rush into a new space in violation of collective bargaining agreements.

Manufacturers and industrial processors rely on expensive equipment and processing infrastructure in their facilities. Just as important as building a new facility is the smooth transition into it. Early completion can never be guaranteed, so most owners don’t time the movement of existing equipment (or delivery of new equipment) to a new space too far in advance. Without proper contingencies and some flexibility, an early finish risks adding to owners’ burdens.

Many owners try to keep the cost of moving down by precisely timing the transition from an old facility to a new one. But what if construction of the new facility is finished two months early? Are owners willing to eat the upkeep costs of a structure they’re not using? Are they flexible enough change plans quickly or make the transition in logical phases?

The circumstances above show that early completion isn’t automatically beneficial. It can be great. But it can also create challenges.

In the section below, read about how Design-Build contractors are uniquely suited to helping owners reap the rewards—and overcome the challenges—of completing construction ahead of schedule. 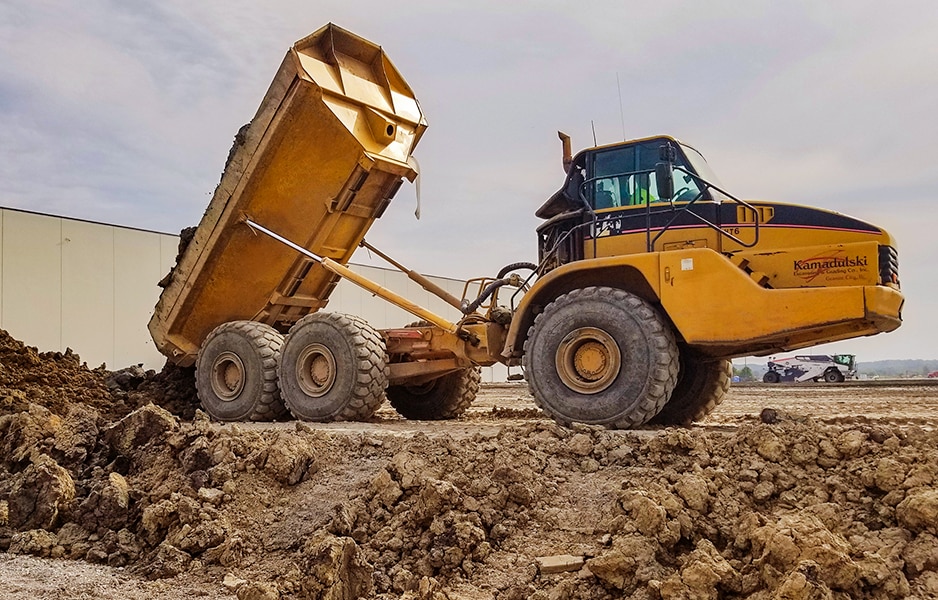 The Design-Build method eliminates the roadblocks and rivalries of traditional design-bid-build construction. By unifying the design and construction aspects of a project under a single contract, a single team works toward a common agenda—getting the job done.

Achieving project milestones early is critical to building cushion during construction. To do it right, contractors, owners and subcontractors must be in constant communication.

Updating timeline and cost projections early and often is vital. Owners can only benefit from an early finish if they’ve adequately planned for it. For that planning to be effective, contractors must be accurate and reliable in their projections.

Freedom in material specifications gives builders flexibility. It’s hard to gain ground on a project when strict specs paint builders into a corner.

Flexible scheduling and phasing creates opportunities to save time and money by finishing early. Any work that can be done ahead of time, should be—provided it’s done safely.

Most of what drives an early delivery is set in motion before groundbreaking. From there, it’s all about communication among stakeholders. The analyses owners must complete to take best advantage of an early completion depend on it.

By 2008, the construction boom of the early- and mid-2000s had turned to a bust. Miami was among the U.S. markets hardest hit.

But the Postal Service needed a new facility in Miami, and sour economic conditions wouldn’t stop them. The timing couldn’t have been better to build a 480,000-square-foot Mail Processing Facility.

Almost no one was building in Miami at the time, so local subcontractors were taking whatever work they could get (essentially the opposite of today’s labor shortage). Once this $40-plus million project got the green light, everyone wanted a piece of it.

This dynamic created an opportunity for us to leverage an engaged and motivated workforce in an almost-best case scenario. Without other big jobs’ schedules to compete against, we could schedule and phase the work as we saw fit with practically no resistance.

The opportunities that led to early completion of this 352,000-square-foot facility in the summer of 1999 did not start that way. &&

Eastern Washington is known for its geologic variety. And that’s putting it lightly. The city of Spokane sits on the eastern edge of the Columbia basalt plateau, where molten floods ran into the high ground of the North American Continental plate.

Sixteen million years of lava flows, glacial floods and erosion created one of the most rugged and unique geologic anomalies known today. The surrounding terrain—including our job site—included a few obstacles, some of them in the form of car-sized boulders. Timely and efficient excavation and geotechnical remediation was required.

Aware of the potential effect this could have on the schedule, a proactive and coordinated effort was initiated by The Korte Company’s project management team as both field and office personnel worked together to ensure the project remained on track.

Other Design-Build opportunities surfaced during construction including modifications to the steel columns and the roofing system, improvements which helped lead to the early delivery of the facility.

You can see how flexibility in design and materials came in handy. Design-Build offers the freedom to implement time- or cost-saving solutions quickly and effectively. And thanks to the United States Postal Service, who put their trust in us, we finished our work in mid-July, 65 days ahead of schedule.

We also finished under budget. The USPS poured that savings—totaling close to a quarter million dollars—back into the project in the form of added improvements to the facility.

What makes us different from other Design-Builders?

We’re not the only ones offering Design-Build. For firms interested in a Design-Build partner who can give them a chance to enhance speed to market and add overall value to a project, it’s valid to ask what makes us different from anyone else.

Our answer? Experience. We’ve done Design-Build since the Kennedy years. It’s almost all we do, comprising 90% of our annual construction volume.

And then there are the numbers. With 904 days and almost $11 million saved since 1994, The Korte Company’s record on Postal Service projects is worth celebrating.

That record has also paved the way toward relationships with a growing roster of some of America’s biggest brands.

Our work with Walgreens has spanned the country, with 85 projects delivered since 1989.

And with a dozen projects in the books and more in the pipeline for Amazon, we’re poised to play a role in the continued growth of the world’s preeminent eCommerce provider.

We like to say The Job is The Boss. And our customers agree: Design-Build gets it done.

If you’re considering new construction, renovation or expansion and need a construction partner committed to going above and beyond for the long haul, let’s talk about working together.