Jay Korte, our Director of Client Relations, will tell you he’s been with The Korte Company full-time since he graduated from the University of Illinois in 1990.

His company bio says he started here in 1987, working as a laborer during summer breaks. And he remembers doing odd jobs in the warehouse at the company’s Highland, Illinois headquarters throughout high school.

But it started well before then.

The construction company his uncle Ralph founded in 1958 has been Jay Korte’s center of gravity for as long as he can remember.

“It’s always been in my blood,” he said. “As a kid I rode around to jobsites with my dad, Larry Korte, who was a General Superintendent at the time. For me, it was the perfect introduction into the world of construction. For my mom, it was a great way to get me out of the house.”

Larry’s history with The Korte Company stretches way back, too. By the time he was tooling around the region with Jay in the late 1970s and early 1980s, he was a company veteran himself. He was there in the very beginning, earning two dollars an hour alongside Ralph in the days when the company built milking parlors and barns for local farmers.

But those road trips were more to Jay than a way to hang out with the old man. “I always liked driving around and seeing the projects that my dad and the company had built throughout the years,” he said.

Larry would point out the window at this or that, dozens of jobs well done, dozens of communities touched.

Jay noticed how proud his dad was. He was proud, too. Proud of his family, proud of the quality work they did and proud of the communities he helped build.

That sense of pride never left.

“To help the region grow”

Today, Jay continues to build upon the foundation his father laid many years ago, helping shape the communities he grew up in.

Having lived his whole life in Highland, Illinois, and having built for customers in nearby communities for more than three decades, he’s sunk his hometown roots as deep as roots can go.

Between his knowledge of the customer base in the region and the connections he’s made through local and regional philanthropic involvement, Jay was the obvious choice to oversee business development in the St. Louis Bi-State region.

Winning business for the company is important, but there’s more to it than that. It’s about finding common cause with business, government and organizational leaders and helping them develop construction solutions that make the most positive impact for everyone. Not just for today, but for years to come.

“My goal has always been to help the region grow,” Jay said. “Maybe that means helping a congregation build a new church, or helping a company expand its capacity. Or it could be putting an owner in touch with the right group of people. What I like to see is companies, industries, schools and churches be successful here.”

To put it another way, Jay’s the perfect person to pilot construction projects in the Midwest, where values like hard work, integrity, trust and community spirit carry the most weight.

For proof, one needs look no further than some of the major projects he’s helped deliver.

About 110 miles upriver from St. Louis, the Knapheide Manufacturing Company builds truck bodies in a sprawling facility in Quincy, Illinois.

It’s a special company: Founded in Quincy in 1848 by German immigrant Herman Heinrich Knapheide, the company made a name for itself building wagons for farmers, miners and pioneers. Despite market crashes and a couple river floods that threatened to end the company, Knapheide has always persevered. In fact, it’s continued to grow, and always in its hometown. 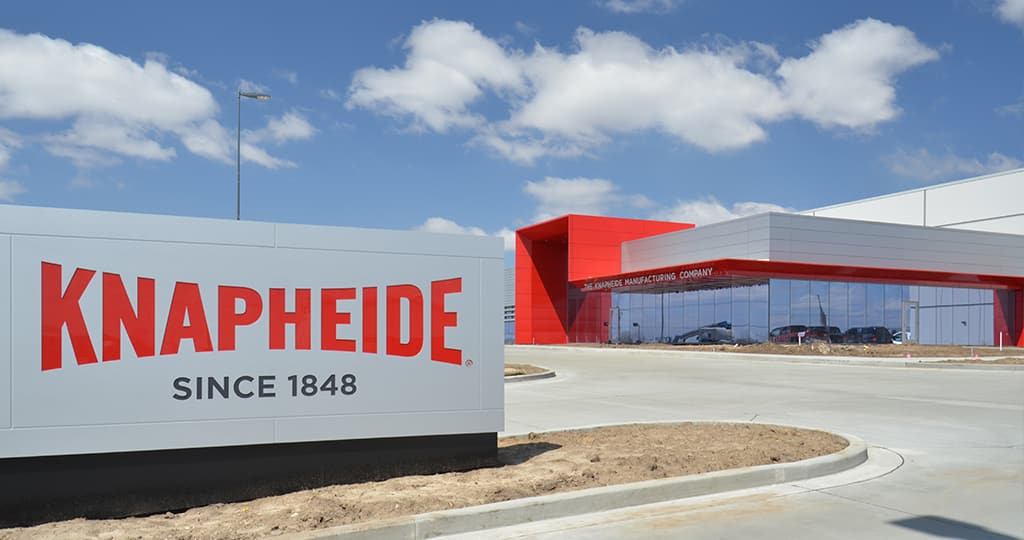 We’re pleased that we’ve had a hand in Knapheide’s success. Two hands, to be precise:

“Knapheide is a great, great company that’s been around a long time,” Jay said. “It’s still family owned. It’s a great family business. And, like us, they’re driven by family values.”

Like Knapheide, Spartan’s story is an American Dream realized. Henry Jubel and his family came to the U.S. from Germany, fleeing the economic ruin that followed World War I. Jubel made his way with his brain, excelling in a St. Louis high school and earning a scholarship to Washington University. He even went to war against the country his family left.

And the business he started flourishes because Henry believed that, above all else, hiring and supporting hardworking people with good ideas would bring the most success to the company, its employees and the community. 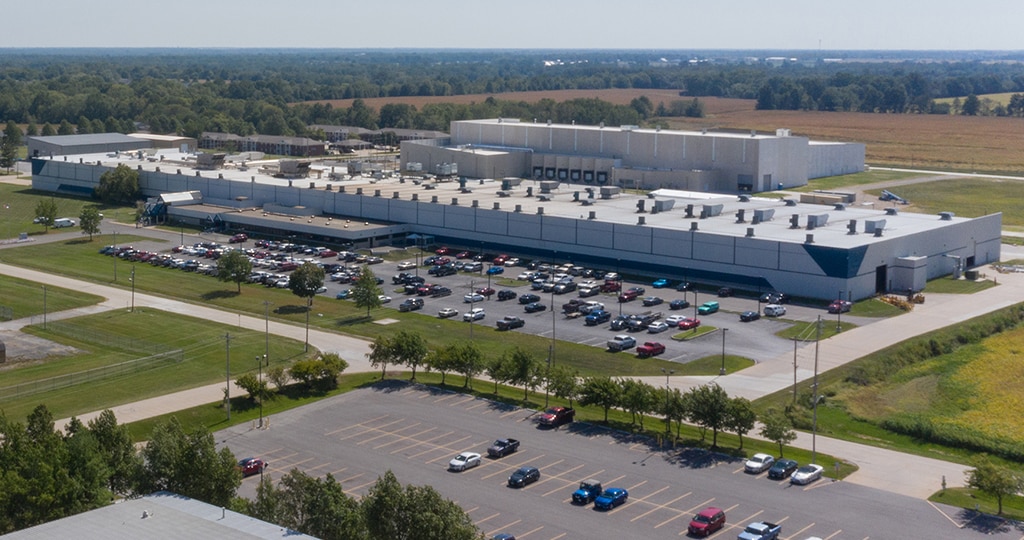 To Jay, Spartan’s values and their role in steering the company sets them apart.

“That’s the Midwest mentality,” Jay added. “There’s a lot to be said for Midwest values. I would rather work on a project in the Midwest above anywhere else in the country. I even notice it on jobsites—those values mean something.”

The Midwest values that Jay sees in his customers also anchor the local organizations of which he’s been a part for years.

Jay is a longtime member of the Highland Chapter of Optimist International, an organization dedicated to community service.

“It’d be hard to find a student in the Highland School District that has not benefited in some way from something the Club has done,” Jay said. “Whether it’s sponsoring rec center basketball teams, donating virtual reality goggles to the elementary school, building a playground at the preschool or funding scholarships—it’s all for the children.”

“It’s a cliché, but our future is the kids,” he added. “It’s important for any community to support the youth. And hopefully that instills in the youth the importance of doing the same when they’re older and able.”

Jay’s also a Rotary member. Rotary International brings business and professional leaders together in service of local communities and international causes. It’s the perfect venue for someone like Jay, whose three decades of construction experience in the region have helped him amass a trove of local and regional professional connections.

“Ralph encouraged me to join Rotary,” Jay said. “The Korte Company has always had someone in the Highland Rotary Club. It’s rewarding when you realize your efforts are truly making a difference.”

The Leadership Council of Southwestern Illinois takes a wider view, unifying business, education, government, industry and labor toward greater regional growth. Again, Jay’s understanding of regional communities and his acquaintances with their leaders suits him well. And remember what he said earlier: “My goal has always been to help the region grow.”

In fact, Jay said his appointment as Chair of the Council’s Military Affairs Committee is a direct result of The Korte Company’s extensive experience building for the Department of Defense, including several projects at Scott Air Force Base in Shiloh, Illinois.

(Incidentally, Jay isn’t the only Korte serving with the Council that his uncle Ralph helped create in 1983. Jay’s brother Gary Korte is our Executive Vice President of Field Operation, and chairs the Council’s Labor Relations Committee.)

Finally, as an auxiliary board member with the United Way of Greater St. Louis’s Southwestern Illinois Division, Jay plays a key role in directing resources to the partner agencies which support one in three people in the 16-county greater St. Louis region—upwards of a million people.

“That makes me proud. What United Way does in our region is tremendous,” he said. “St. Louis has always been a very giving region. It’s always been supportive of its non-profits.”

Jay Korte is a builder. From state-of-the-art manufacturing facilities to neighborhood churches, he has been instrumental in bringing people together to make their communities a better place to live.

But it’s not just about concrete and steel. It’s about connecting with local businesses and municipalities to help find a better solution. It’s about working with regional agencies to lend people a helping hand when they need it most.

It’s not always easy, but Jay loves what he does.

He’s always willing to pitch in, willing to put in the extra effort. Because the thing about Jay Korte is that he gives a damn—and that is what Midwestern roots are all about.