Sam Klatch had just gotten back from a Skills USA conference in Atlanta when the call came. Jason Weiss, The Korte Company’s Executive Vice President of Operations, said to come to his office.

But what Jason had planned was the opposite of a scolding. He’d watched Sam grow from a young college intern to an adept project engineer and saw a rookie eager to prove himself.

That’s why he elevated Sam to The Korte Company’s newest project manager.

Sam was thrilled, but he’s not much for fanfare. He’s the kind of guy who sticks behind the scenes. No need for credit. So instead of celebrating, he just did what he always does.

“I put my head down and kept working.”

No risk, no reward

Sam works from the Highland office, but his first job as project manager is ongoing down in Tennessee. He’s retrofitting a 340,000-square-foot warehouse into a US Postal Service Transition Plant in Memphis. And while Korte has completed more than 55 USPS projects, this temporary structure is the first of its kind.

That’s a lot of responsibility, regardless of how many years you have in the business.

But he isn’t the kind of guy who loses sleep over work. That’s because Sam doesn’t focus on what could go wrong. He sets his sights on making jobs go right. In this case, that’s not just reinforcing the long relationship between The Korte Company and USPS — but doing such good work that he becomes the go-to on future projects, too.

It’s a big opportunity, with Sam in the driver’s seat. And that’s exactly where he’s wanted to be ever since he was thirteen years old.

From a small sunroom to SIUE

Sam grew up in Troy, Illinois, just 15 minutes down the road from Highland. It’s the kind of place where kids still ride their bikes to the pool, where neighborhood cookouts are part of the summer ritual. It’s the kind of town where people wave hello and mean it. 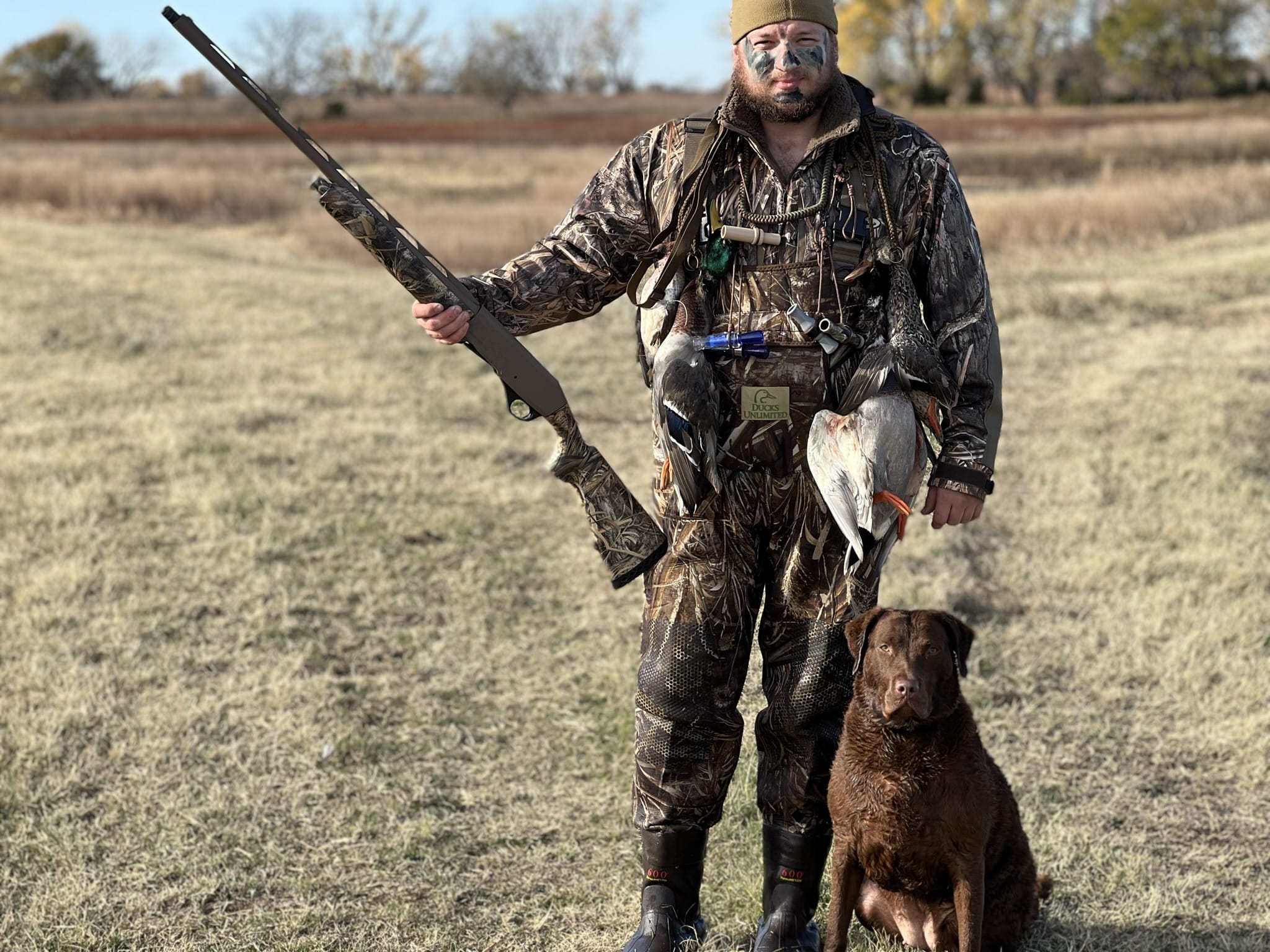 When he was thirteen, his family added a four-seasons sunroom to that house. It was his first taste of a job site — and he was hooked.

“I really liked watching this project go up, and I thought, ‘Hey, I want to do that.’”

But he wouldn’t learn about higher career opportunities in construction until the summer between his junior and senior years of high school, when he attended an outreach program by Southern Illinois University Edwardsville.

“It went through every engineering degree they offered. With construction management, it kind of hit me: Holy cow, I can do construction, but it can be on the management side where I can have a hand in helping it all come together.”

After the summer program ended, Sam saw his future with clear eyes. And it was in construction management.

A student and a soldier

While Sam studied Construction Management at SIUE, became friends with students who were enlisted in the U.S. Army National Guard. He’d taken out a $3,500 student loan, but his Guardsmen buddies received grants that covered tuition.

It also preoccupied their weekends. For Sam, the initial appeal was two-fold: friends and tuition. What he didn’t know was how much it would teach him.

Joining the National Guard gave Sam a sense of purpose, an opportunity to push himself and a taste of leadership that he’d grow to love. He learned how to be a person who could get the job done and uphold his commitments. He became a fire support specialist who attended monthly training drills. And in the summers, he went to annual training. He discovered a knack for organization in the military and liked its meticulous protocols, right down to the details of his dress uniform. 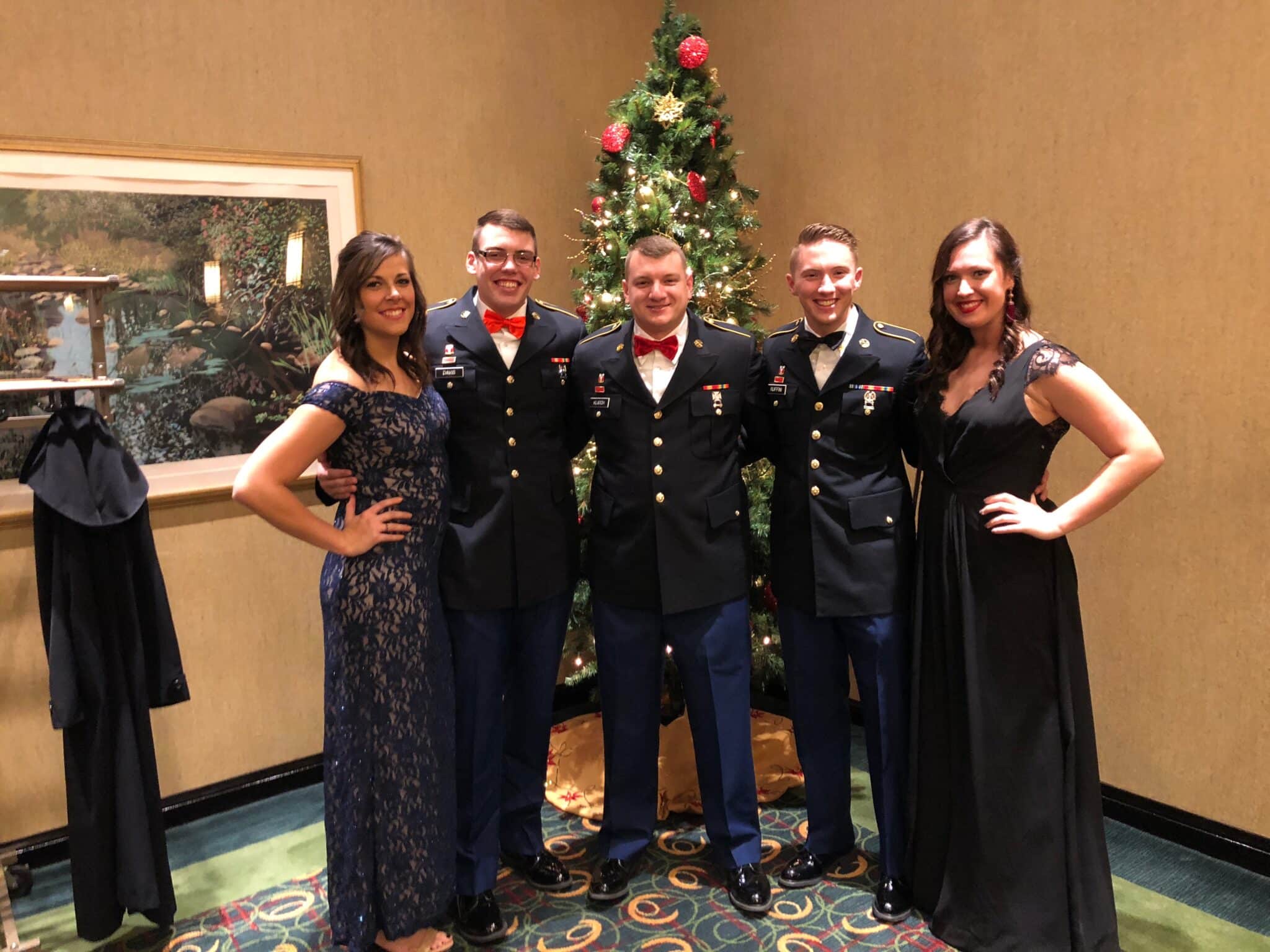 “If you’re not organized, you’re doing something wrong. You’ve got to have everything in place, even on your uniform, like the patches. Everything where it’s supposed to be.”

This attention to detail would prove crucial to his eventual success in construction, too. And during his junior year of college, he finally got to exercise those skills during an internship with The Korte Company.

“I worked on-site at The Visitor’s Quarters on Scott Air Force Base and got that real-world, hands-on, this-is-what-you’re-going-to-be-doing-and-seeing-throughout-a-job. It was always, ‘Hey, come learn this,’ or, ‘Hey, can you do this for me?’ and, ‘I’ll teach you how to do this so you can do more.’”

Most duties involved inspecting the site and notating issues for re-examination, from touching up drywall to replacing stained carpet. The military setting was a familiar comfort, too. As units jogged and barked cadences nearby, Sam recognized the daily exercises he’d done for the Guard. And when The Korte Company needed to bring more employees onto base to view the job, he was uniquely positioned to make that happen.

“I was actually able to get more people on base than most of the other people could. With my military ID, it was 10. The supervisor could only get five.”

Sam also helped with project scheduling. This included coordinating drawings and submittals and maintaining paper records. He thrived that summer — so much so, he stayed on even after his senior year of college resumed.

Once he graduated, he could’ve stuck with The Korte Company. But he was curious about what else was out there. After giving it a lot of thought, he joined a smaller construction firm as a project engineer in a nearby town in Illinois.

“It was a growing company and I wanted to lend my hand to help them grow.”

But he found himself torn in too many directions: planning, bidding, designing, scheduling, conducting inspections and even mediating disputes. Even though he was learning new things, it lacked the organizational leadership of The Korte Company. Plus, he just missed the culture.

“Korte is a laid back, more family-type atmosphere. Everybody’s willing to step in and help. At the other place, you feel eyeballs watching what you do, making sure you do it right. At Korte, they trust you.”

A year after the pandemic hit, Sam was let go. But he didn’t waste a minute. He called Jason Weiss, his former supervisor back when he was an intern.

“I just let him know I was looking for a Project Engineer spot. And he said, ‘Let me think about it.’”

But Jason didn’t have to think on it for very long. A week later, he called and said, “I’ve got a spot. But it’s in Oklahoma.”

As long as it was with The Korte Company, anywhere would’ve been good enough for Sam.

From project engineer to project manager 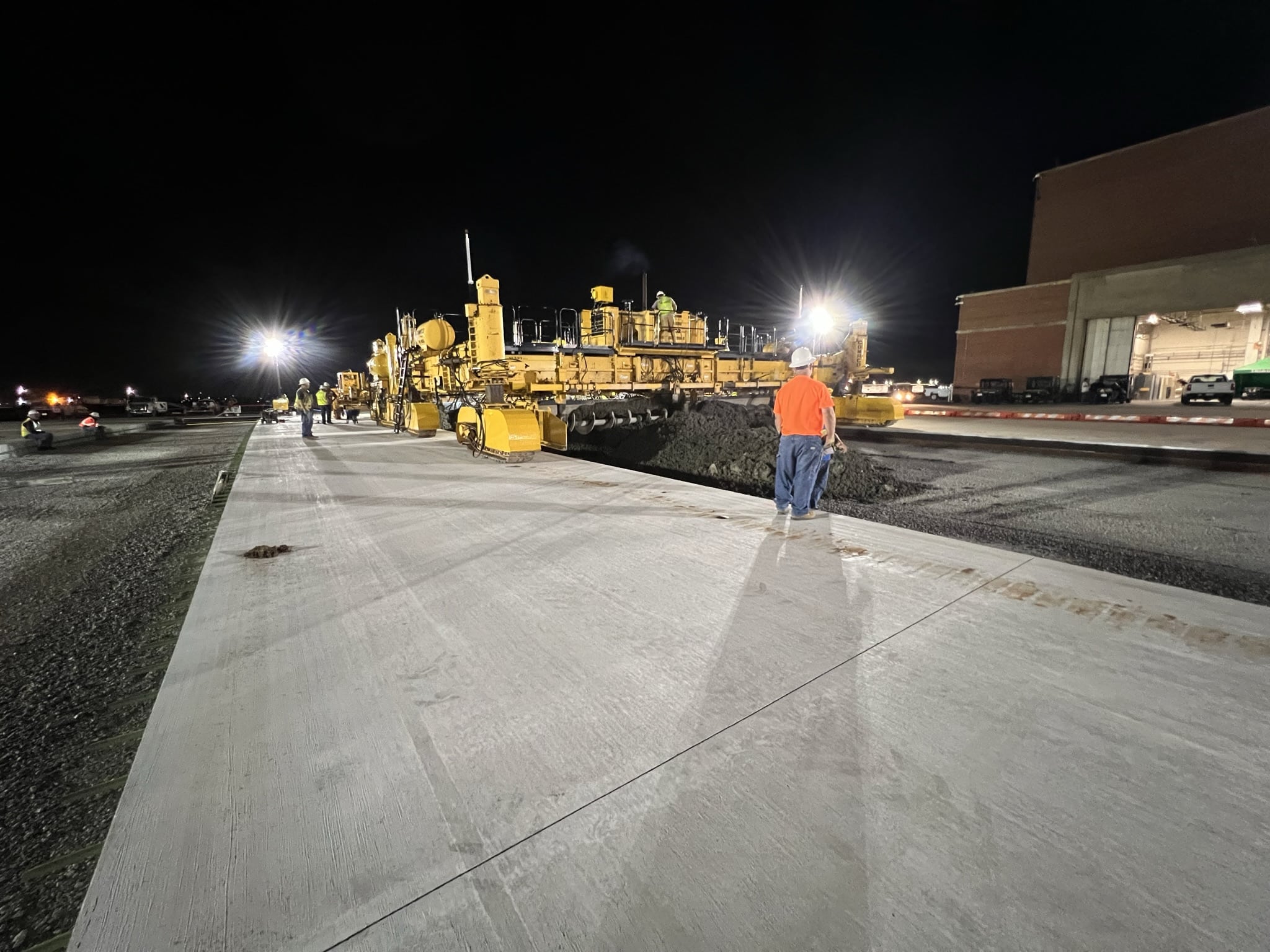 He wasn’t an original project engineer on the Tinker depot hangars. And when he inherited the project, there was plenty of work to be done.

“There were challenges, but we worked together as a team and kept the project moving forward. And that in and of itself was incredibly rewarding.”

He worked in lockstep with a series of project managers over time, leaning on their experience and leadership to navigate the business of time and material orders.  “It’s not always fun having those talks, but you just work through it, even though it’s tough.”

When Sam’s on a construction job, the hard parts have nothing to do with driving hammers. It’s the people management. But that’s exactly where he learned to shine. And it was this willingness to embrace the hard stuff and do what it takes to get the job done that catapulted him to his next promotion.

In 2022, Jason told Sam that the company wanted to give him a big project to manage all on his own. They were just waiting for the right one.

When The Korte Company landed the Memphis job in June 2022, Jason told Sam, “We found it. You’re the new PM.”

It’s all about the little things

As The Korte Company’s newest project manager, Sam is still figuring out his day-to-day duties. It’s a lot of scheduling and coordination — which requires the exact organization skills that Sam has honed for the past decade.

“I’ve got a lot of sticky notes all over my desk.”

But those are just for small reminders, like calling people back or emailing someone a document. When it comes to actual project management, he leans on Procore, the scheduling software that helps teams finish projects safely, on time and on budget. His job is a lot less tangible than the construction itself. That’s exactly why he likes it.

“A normal person doesn’t see much of what I do. They see the carpenter doing finish work, the painter putting on the final coat. But they don’t see someone working the contract, making sure every detail has been carefully planned, filing change orders, order building submittal packages. Even just making sure everyone’s working off the correct drawings. It’s the little things here and there that don’t seem like a big thing, but they add up. I like being able to say, ‘I was a part of that, even though I didn’t build it. I was never really the face. I was behind the scenes the whole time.’”

To Sam, good project management fosters a job that runs itself, even though it’s much more complicated than that.

It’s July in Memphis. Sam’s biggest concern at the USPS site is getting subcontractors coordinated and making sure the field team has everything they need to get started. The last thing he wants is to be the reason they’re not getting answers from designers or engineers.

“It’ll be interesting. USPS just signed the lease last week for the building, and pretty much right when they signed it, they turned to us and said, ‘Okay, go.’”

Today, he’s submitting a payout for mobilization costs. And then he’s got a meeting with electrical subcontractors. For this project, getting the electrical correct is an enormous task. USPS uses huge sorting machines with complex conveyor systems to identify and divide packages for different destinations. If the electrical systems can’t handle the loads, that’s on Sam.

Another challenge is the schedule itself. Usually, a project like this can take up to five months. Here, the Korte Company has to deliver it in two.

“The big thing is making sure I get it going, keep it moving and deliver it on time. It’s a fast project.”

It’s exactly where he wants to be. Sam’s always known that he wanted to take the lead on some of the largest construction projects in the country. And this USPS job? It’s his golden ticket.

Becoming a project manager has always been Sam’s career goal, so he’s still figuring out what the future holds for him. But he knows one thing for sure: he wants bigger and bigger projects.

“The more risk, the more reward. Bigger jobs have that bigger risk. They’re longer. They’re a bigger dollar value. They have more to them. They’re complicated. Being able to take them on and completed without any big headaches, that means more recognition and just stuff like that. Military or not, I’m not dead set on doing a certain type of job. They all come with their own challenges and complications. I’m open to take on everything.”