Jackson Marchal is about to be an Eagle Scout.

But they don’t just give that away—he has to earn it. Like many Boy Scouts hoping to receive the organization’s highest rank, Jackson must complete projects and earn merit badges.

His final project is in progress. It’s pretty simple: Supply classrooms with basic necessities—some food, water, toiletries, medical supplies and other survival items—in the event of lockdowns or disasters.

It’s a simple project, but it may be the most important one he’s done so far. And the Highland, Illinois community—including The Korte Company—is throwing its weight behind this 16-year-old’s desire to help students, teachers, staff and the entire community. 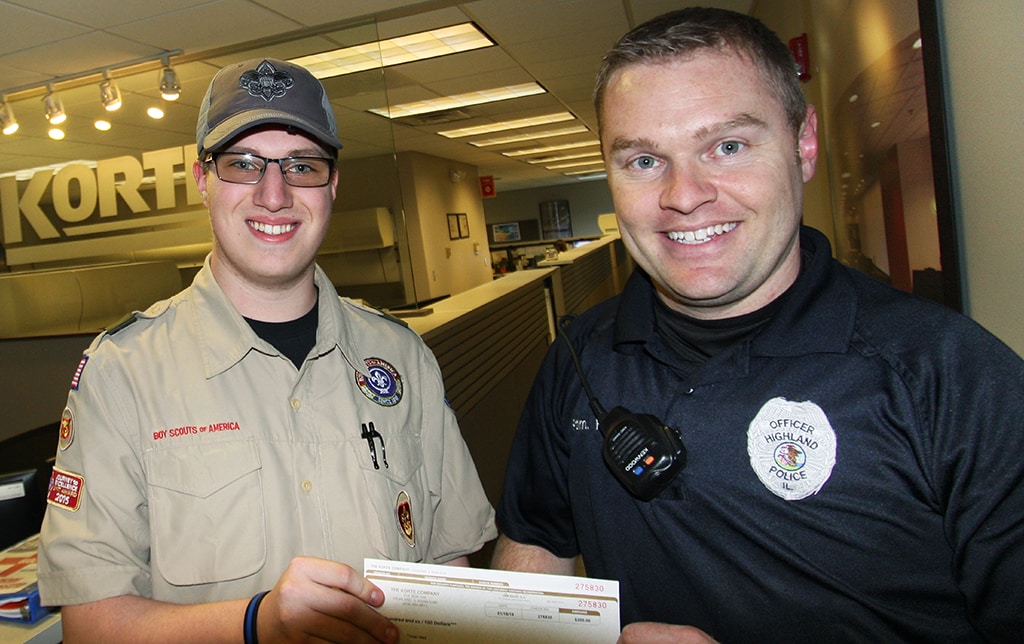 A focus on first response

Jackson is a junior at Highland High School. It’s part of a school district serving 3,000 students.

“I’ve always been interested in public safety and school safety,” Jackson said. “So I went to the Highland Police Department to see if they had any need.”

It got the attention of Chris Flake, a ten-year veteran of the force who recently assumed duties as the district’s School Resource Officer. Flake had seen an idea during a conference he attended: Five-gallon buckets stocked with necessities for students and teachers stuck in classrooms for extended periods.

“Here comes Jackson and this all came together a lot sooner than I thought. As a brand-new resource officer, it was very impressive when I met him,” Flake said. “He researched Eagle Scout projects and saw about the directive to work in the community.”

So Officer Flake reached out to Jackson with an ambitious plan to provide survival buckets to every classroom in every school in the district (as well as St. Paul School, a local private school not affiliated with the district). That’s 260 buckets. 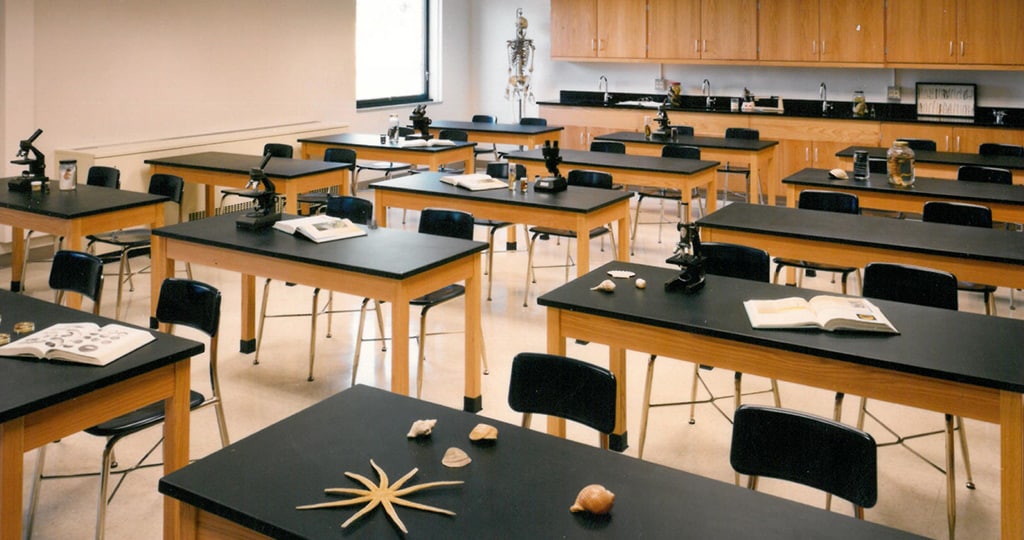 School officials loved the idea. Flake said that while the district has been proactive about training teachers and staff for many scenarios, they agreed the survival buckets would be a great addition to their efforts. The buckets would take some of the burden off first responders so that they can focus on ending a threat to students—whatever that threat may be.

Tragic school shootings spring into mind when thinking about lockdowns. Jackson and Officer Flake both acknowledged that was on their minds.

But the survival buckets will be useful in other situations, too.

“It could be an active shooter, but it could be any type of natural disaster, too—tornadoes, earthquakes. Or a threat that’s external to the school,” Flake said. Other external threats include bank robberies or nearby disturbances, each of which could prompt precautionary lockdowns.

A community steps up

Jackson and Officer Flake quickly found a winning formula: Jackson developed proposals and wrote grants aimed at local businesses, organizations and individuals. Flake got Jackson in front of the right people so he could pitch the idea.

“The project is entirely reliant on donations of time, money and supplies,” Jackson said. “People have been very eager to take part in this. It’s ultimately their daughters, their sons or them directly that are affected.”

At The Korte Company, we’re eager to lend a hand. So we joined other local businesses in providing funding for Jackson’s project.

Our experience on many school construction projects has connected us with communities just like our own in Highland. Across the country, everyone agrees that efforts to help keep kids safe in school are worth it.

In fact, protecting students is so important today that school design and construction trends have emerged that enhance student safety and optimize first response. Some of those trends were adopted during our renovation of Mooresville High School near Indianapolis.

We’re not alone in our support of Jackson’s project. Other local firms and organizations are involved, too, including:
• Rotary Club
• Moose Club
• Aviston Lumber
• Ace Hardware
• R.P. Lumber
• Bank of Hillsboro
• HSHS St. Joseph Hospital of Highland (The Korte Company and HSHS go way back, too)

“I think it’s a great idea. It’s one of those things you wonder why it hasn’t been thought of earlier,” Imming said. “What a great way to bring a community together. The kids are your most valued asset no matter what community you come from.”

Imming added that once the buckets are delivered, students, teachers and parents may come up with other items that can be included. “A cool thing is, there will be other ideas that come up. There’s room for more in the bucket,” he said.

Recognizing that the buckets could play an important role in emergency situations, school administrators and law enforcement have begun integrating them into teacher training.

Think of it as teaching them ways to use a few new tools in their toolboxes.

Officer Flake added that law enforcement and other first responders will be made aware of buckets’ locations in classrooms and what those buckets include, allowing them to potentially act more quickly during an emergency.

Jackson said the survival buckets could be deployed as soon as the end of this school year.

But for now, he’s still adding to the supplies piling up inside a room at the police station. Once all supplies are collected, the buckets will be assembled and delivered district-wide.

Jackson is looking for volunteers to help him and Officer Flake stock the buckets.

And in the process, he will accomplish something more important than earning a rank. He’ll help protect his peers—and probably inspire some of them to take action, too.