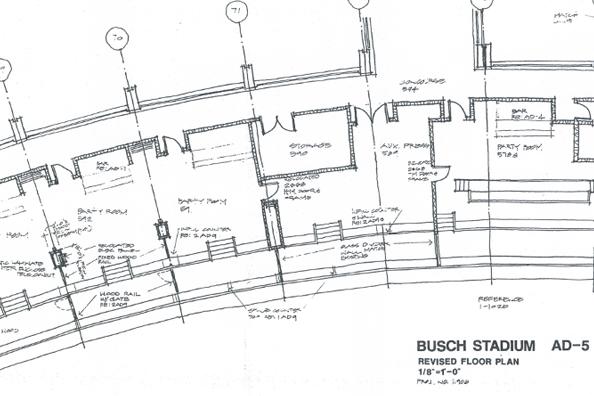 At The Korte Company, we’re proud to be one of the historic St. Louis construction companies. This year, we’re celebrating STL250 with a series of articles to remember our most historic and important builds in the St. Louis area. One of our most memorable builds was the construction of luxury suites in the old Busch Memorial Stadium that housed the St. Louis Cardinals — both the baseball and football teams. In previous articles, we’ve covered the construction of Highlands Plaza Two Building, our work to build St. Louis as a distribution hub and our renovation of the old Dorris Motor Car Company building.

Construction for the St. Louis Cardinals

Nothing says St. Louis like a Cards game. Days at the ballpark have been a St. Louis summer (cough, and October, cough – sorry Cubs fans) tradition for generations. We’re honored to have contributed to the old Busch Stadium and to the Cardinals’ tradition of success. The new stadium has seen two World Series titles and will hopefully see one more this October. The old stadium had a rich and proud tradition. 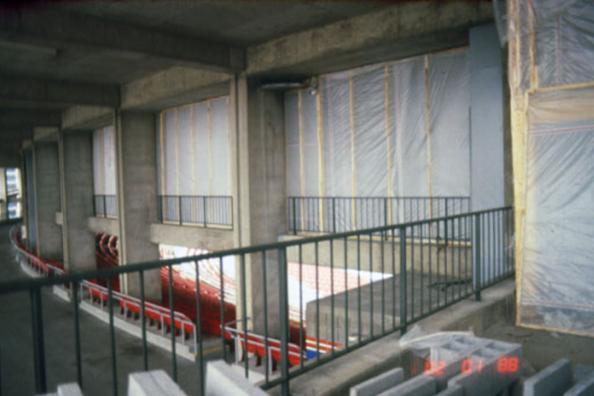 The old Busch Stadium is an important piece of St. Louis history. For 40 years, it was St. Louis’ home for roaring crowds, peanuts and Cracker Jacks. Between its opening in 1966 and closing in 2005, it saw the backflips of Ozzie Smith, the fastballs of Bob Gibson and Chris Carpenter and the home runs of Mark McGwire and Jim Edmonds — just to name a few of the greats that played there. In 1985, the magical call of Jack Buck became part of St. Louis history forever as Ozzie Smith carried us to the series — “Go Crazy Folks! Go Crazy!” During the 1967 World Series, Bob Gibson lifted St. Louis to a championship with three complete game victories, and in 1982 the Cards won their second World Series title while at the old Busch Stadium. From 1966 to 1987, the old Busch Stadium was even home to the old football St. Louis Cardinals. And in 1988, we got to contribute to the magic of Busch and Cardinals baseball with an important stadium renovation.

By 1988, Busch Stadium had hosted thousands of games and packed crowds over the course of 22 seasons. It would take some important repairs to keep Busch Stadium one of the top sports venues in the country. We proudly renovated the luxury suites to provide an excellent fan experience. And we overhauled the press area to give Jack Buck and many of the nation’s prominent baseball writers a key vantage point. We handled electrical, mechanical, HVAC, entrances and exits, in-suite accommodations, the outer panels that delivered a slick design — the whole project, from start to finish. And at the end of the day, proudly contributed an important part of the stadium that made the game-day experience just that much better. We’re proud to have been able to contribute to such a great part of St. Louis history, and we’re proud to see the new stadium carry on the tradition. 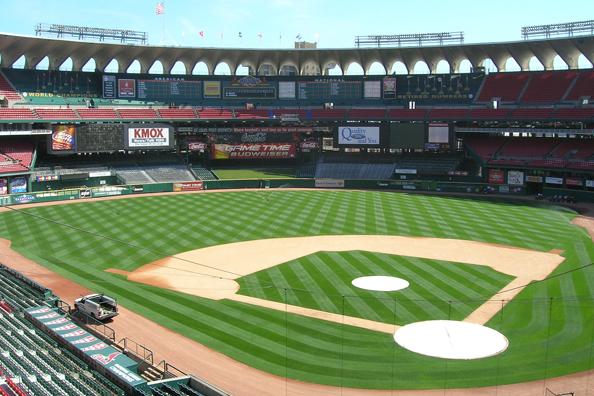 The magic of Busch Stadium lives on

In 2006, the Cardinals opened the new Busch Stadium and won a World Series. In 2011, they made it 11 in ’11. We’re really spoiled by our Cards. In the last 10 years, we’ve been to four World Series, two more NLCS and another NLDS. The only other team that’s been that good over that span is the New York Yankees. And we’re back in the postseason again this year.

Get to know your builder’s culture

At The Korte Company, we’re a St. Louis area construction company with a build smart culture. We’ve been proudly building both in St. Louis and nationally for 56 years. And we’re proud to be part of so many historic St. Louis builds and structures. Even though we’re a nationally recognized leader in Design-Build construction, we never forget that we started with little more than three people, a truck and a saw — right here.

Our history is a big part of our company culture, and a builder’s company culture affects every nail and screw in a structure. When you choose your builder, make sure their culture is strong and a good fit for you. Our guide to company culture in construction shows you what to look for and what questions to ask when choosing who you want to build your next project. Fill out the form below to download this helpful resource.