When Gary Korte visited the Tinker Air Force base earlier this summer, he joined the project superintendent to review the site’s three major job sites.

After serving as The Korte Company’s Execute Vice President of Field Operations for 15 years, Gary has a solution for just about every job site problem imaginable. Sometimes that means having tough conversations with subcontractors. Other times, it’s working with the project manager to shuffle different phases of the schedule around and stay on track.

But for the Tinker crews, Gary just had one piece of advice: Keep pushing.

“Those guys are working 10 to 12 hours a day, six or seven days a week. Keeping their morale and their head in the game is the biggest thing.” 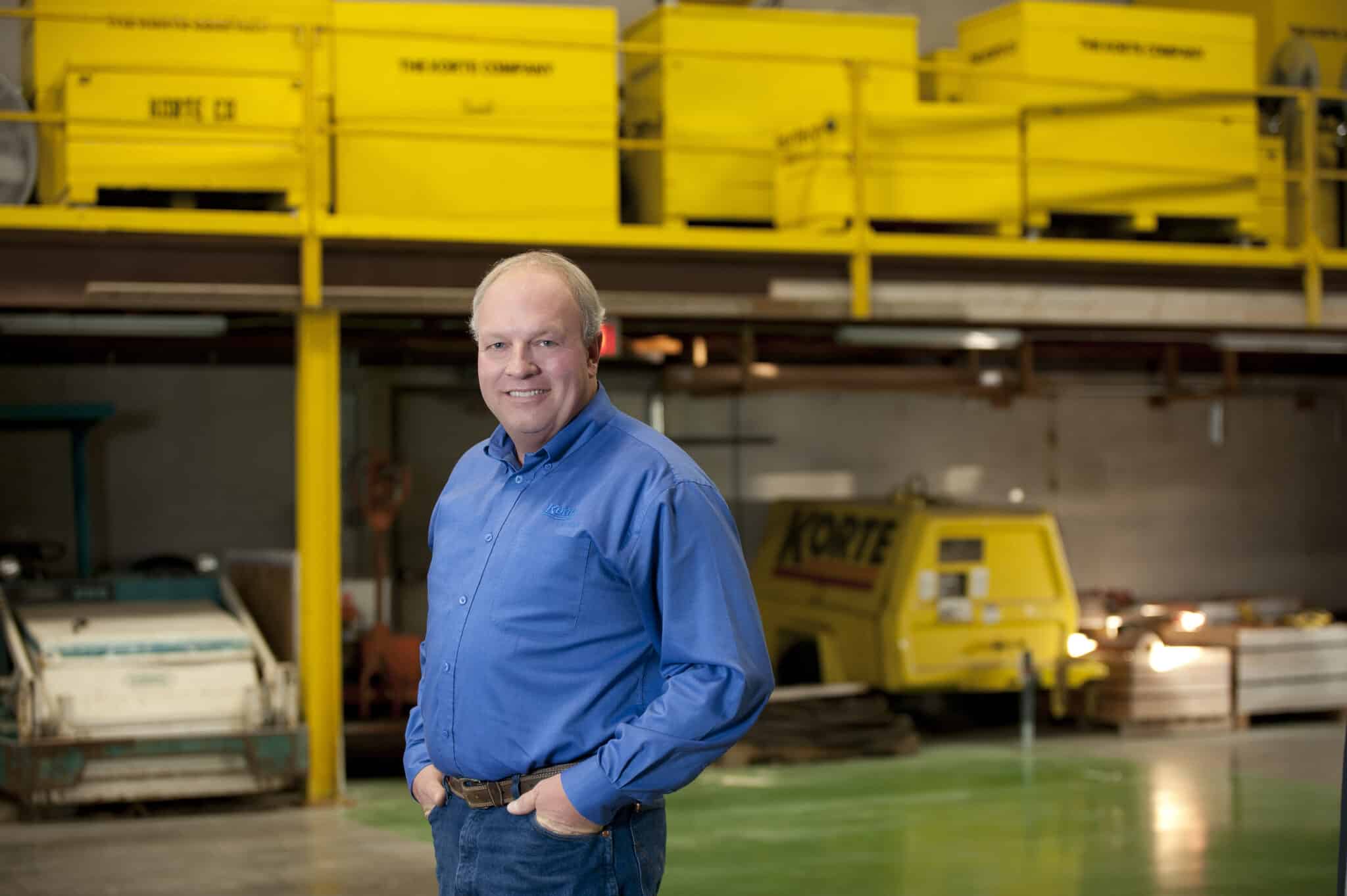 With a 44-year tenure under his belt, Gary hasn’t just worked for The Korte Company for a long time. He’s been here the longest of just about anyone who’s ever worked here. In fact, the only person who clocked more years was his uncle, Ralph Korte.

“This is what I’ve always done: construction. But I started out at the bottom and worked my way up.”

A homegrown original with two paths to success

Gary grew up on 40 acres near Pierron, Illinois, a mile-and-a-half down the road from Grandpa and Grandma Korte’s farm, where his dad Larry and Uncle Ralph were raised. And while The Korte Company’s reach would eventually span the nation, far-off places never held much appeal to him. Rural Illinois was home, and that’s where he stayed.

Gary’s family raised cattle, sheep and a horse. While many other kids from school relaxed or played during the weekends, he spent his working. Sometimes that meant farm chores. Other times, he pitched in with his dad’s jobs, like remodeling his grandparents’ house, or building the altars for church. But Gary didn’t mind the busy weekends. That’s how he polished his famous work ethic.

“If you ask somebody, ‘What’s Gary do for fun?’ They’re going to tell you that work is what I do for fun. It’s fun to me.”

In 1975, Gary picked up his first paid “job.” He didn’t even have his driver’s license yet. At the time, The Korte Company was building Highland’s new high school (we did the school’s addition in 1999, too). His dad dropped him off each morning to shut off the alarms and open every window to keep the crew cool during the day. And after school, he’d lock everything back up.

It was a humble start to what became a life-long career.

As a high school junior and senior, he worked as a carpenter on permit at the juvenile detention center in nearby Belleville. When he graduated, he enrolled in a carpentry apprenticeship through Southwestern Illinois College. And it’s because of that program, that he got hired at The Korte Company.

“Everybody thinks that I never had an interview process, but there was one.”

The program invited all the new apprentices and different contractors to an annual career day at the Granite City Carpenter’s Hall. That gave Gary the chance to face Ralph Korte not as a familiar nephew, but a potential employee.

The way Gary remembers it, the interview lasted about ten minutes. Ralph asked Gary what he thought of construction. The answer still makes him smile.

“It was either be a carpenter or be a farmer. And we didn’t have enough ground to be a farmer,” he jokes. “I don’t know if I ever ‘dreamed’ about doing it. Both Mom and Dad taught us how to work with our hands — we were always banging around and fixing something. It just felt natural to go down that path.”

Indeed. So Ralph hired him.

A broken leg and a twist of fortune

Most carpentry apprentices don’t officially start running the job until they become journeymen. But Gary got an unexpected kickstart the winter of his third year. At the time, he worked under long-time Superintendent Slim Zeller on the Beacham Laboratories job in White Hall, Illinois. One night, Slim lost his footing on icy pavement and broke his leg.

“I was still living at home. Dad goes, ‘Well, shoot! I need a superintendent to take that job over starting tomorrow.’

Gary volunteered, but his father seemed skeptical. His son hadn’t even finished school yet. So he called Slim and asked him to recommend the best man for the project.

Right there in his own childhood home, Gary became The Korte Company’s newest superintendent. 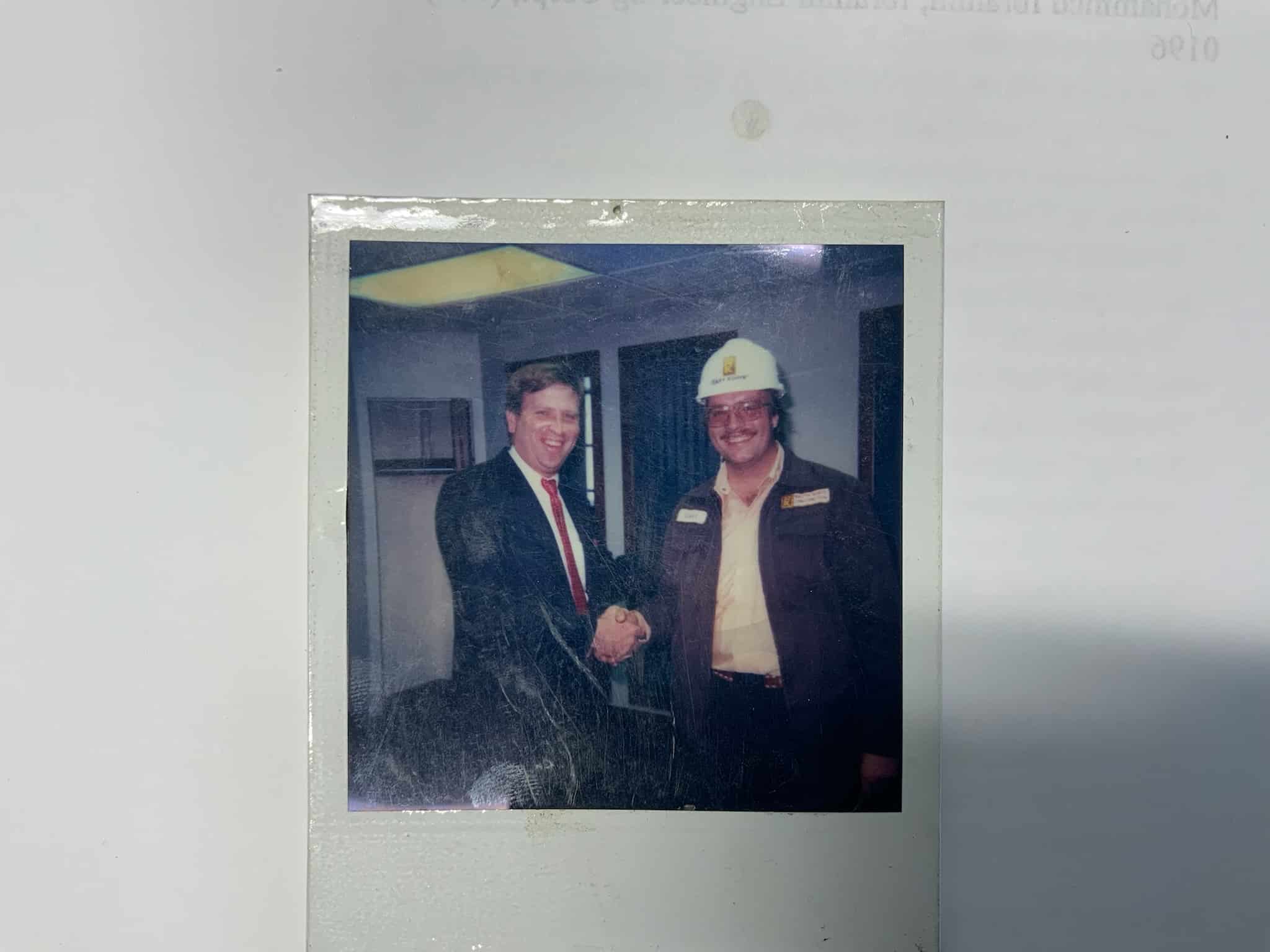 For the next 20 years, Gary worked as a superintendent. He especially thrived at Design-Build jobs that involved a lot of direct contact with owners. His most memorable jobs include work for Knapheide Manufacturing Company, Lanter Trucking, the Church of Our Lady of the Snows, Cahokia Mounds Museum & Interpretative Center, Newbold BMW, A.G. Edwards & Sons, National Supermarkets and many, many more.

“They was all great clients and great people. The relationships were a big deal to me. You can’t beat a Design-Build where you’re working with a client.”

These close bonds weren’t just satisfying. They helped The Korte Company raise its profile enough to win big-time Department of Defense work and other multimillion-dollar jobs. And as much as Gary loved working in the field, the company needed someone they could trust as they expanded. In 2002, he stepped into the Quality Assurance Manager role. Five years later, he became the Executive Vice President of Field Operations.

Watching the company grow — and growing with it — has been satisfying. But it’s also been a little bittersweet for him because when he looks back on his 44 years, the first half mark his fondest.

“I loved building buildings and the daily dealings with the owner of the project. When I was superintendent, you really knew the owner. Getting real close and personal with my owners, that’s the biggest thing I miss.”

The best thing a guy could ever ask for

To gear up for retirement, Gary stepped down from Executive Vice President of Operations in early 2022 and started calling himself a general superintendent. Nobody has his old title just yet, but he’s working on that by training Tyler Unterbrink to take over by the end of the year.

“I hired Tyler 15 years ago as a kid right out of college. I love seeing where he’s going right now. He started as a field engineer, then superintendent, then project engineer, project manager. He handled all the Amazon work. Now he’s going to take the Executive VP role. It’s gratifying to taking a young person like that and train them to do what they want to do. That’s the most gratifying thing a guy could ever ask for.” 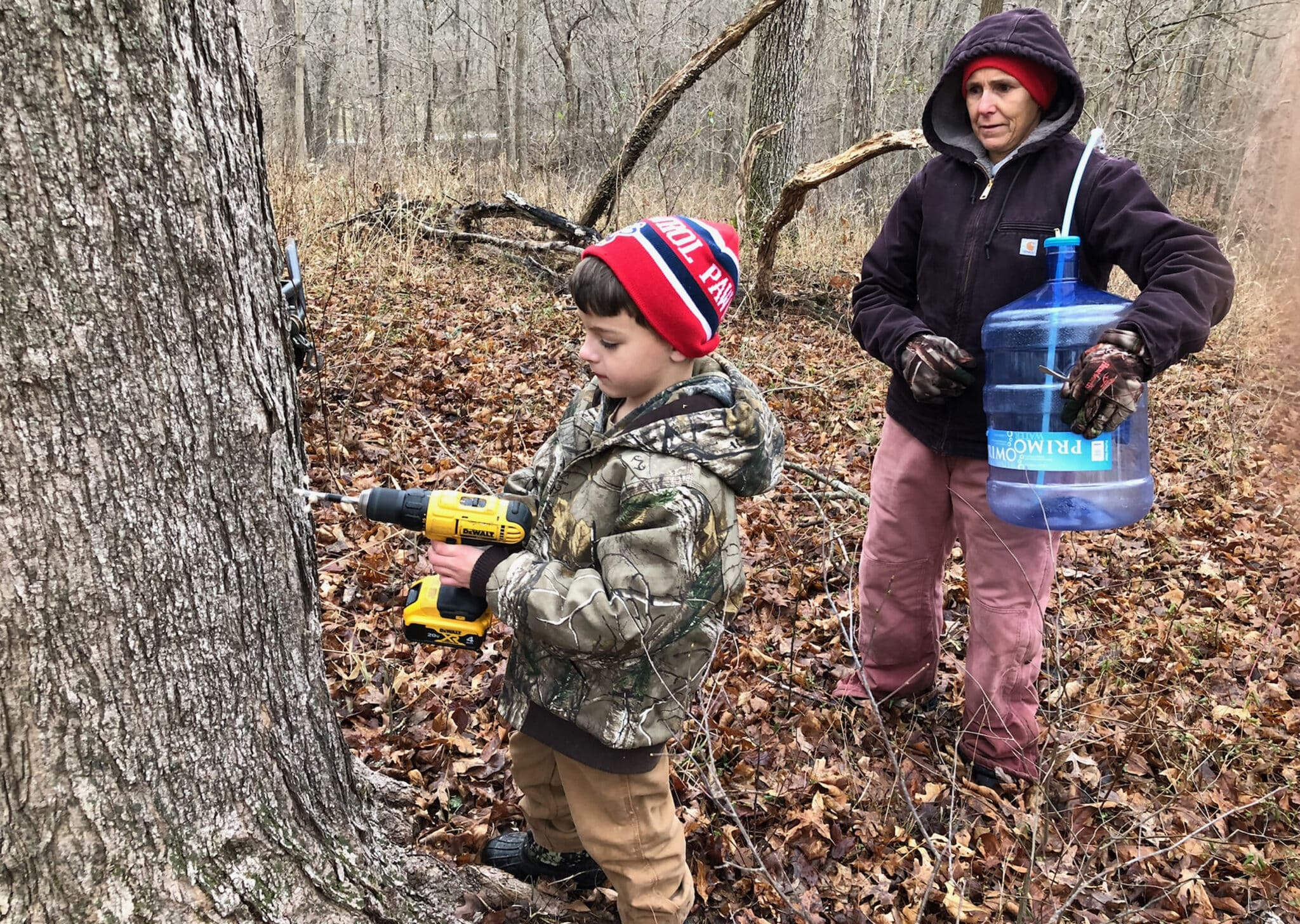 Gary’s come a long way since the days when he flung open windows at the unfinished high school for the Korte crews. Soon, he’ll be hanging up his hard hat for good.

But that doesn’t change the fact that he loves working. In fact, he’s already lined up plenty of work to keep himself busy after he leaves The Korte Company.

“I have a hundred-acre farm and basically, it’s all timber. I’m going to go cut trees up that have fallen down. To me, that’s fun. In the wintertime, I’m tapping maple trees with Mary.”

Gary and Mary started tapping maple trees ten years ago. At first, they just gave the syrup away. Then they decided to bottle it and sell at the local meat shop. If you see a brand called Jamison Creek Farms, that’s theirs.

But the farm isn’t just for maple syrup. Gary’s also bought a fleet of equipment — a skid steer, a bobcat, chainsaws, a mower — to clean and clear new trails. That way, his family can hunt for turkey and deer this winter, too. 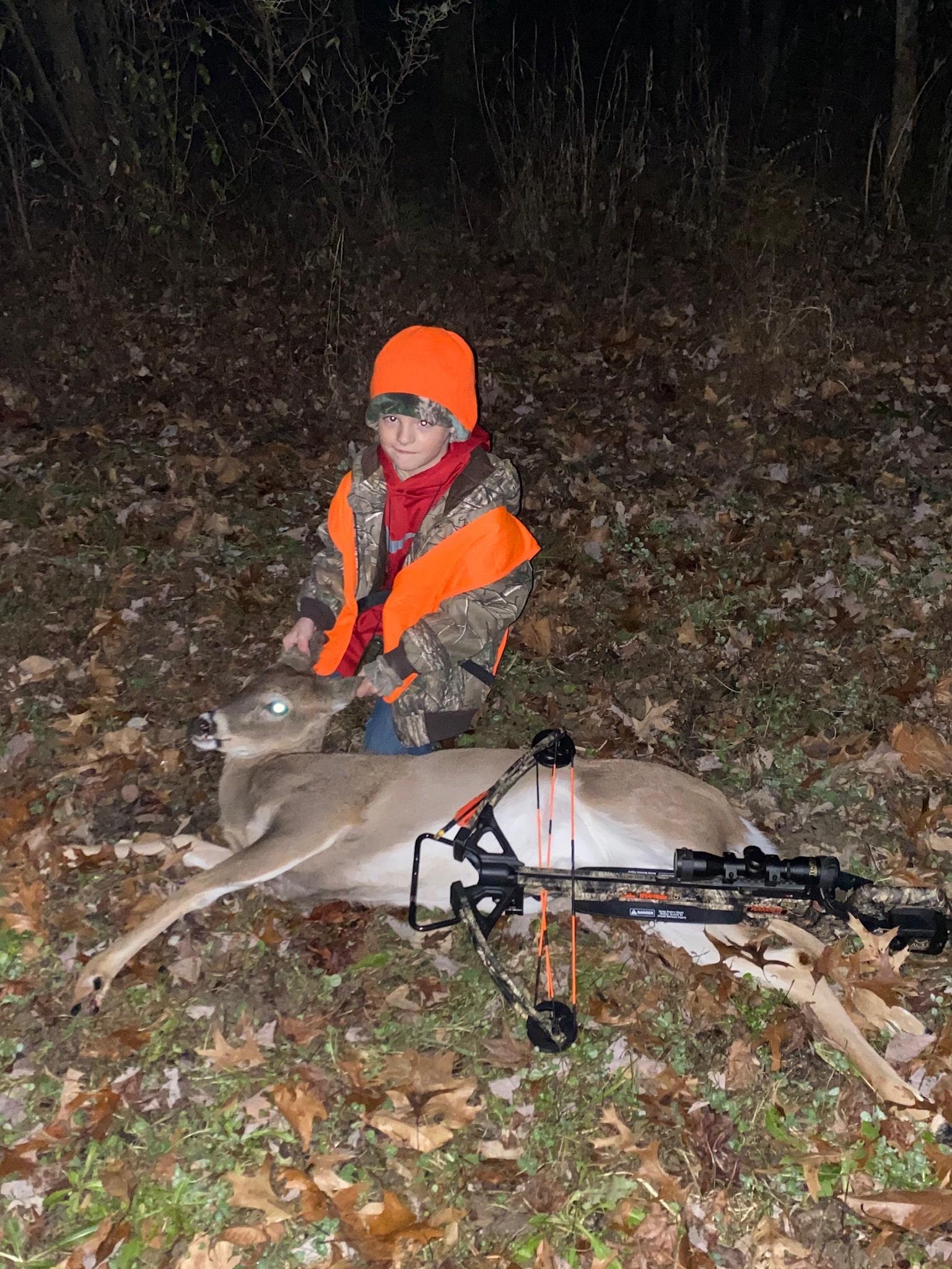 “I’ve hunted since I was a young kid. I would go hunting with my grandpa. Rabbit, squirrel and quail.”

“Its mission is twofold. First, to teach kids how to safely handle a firearm. Number two is to get them out from behind the TV and get them outdoors. It’s exciting when a kid can’t hit a clay pigeon, does a half day of training, then gets a pheasant. That’s a pretty big deal.” 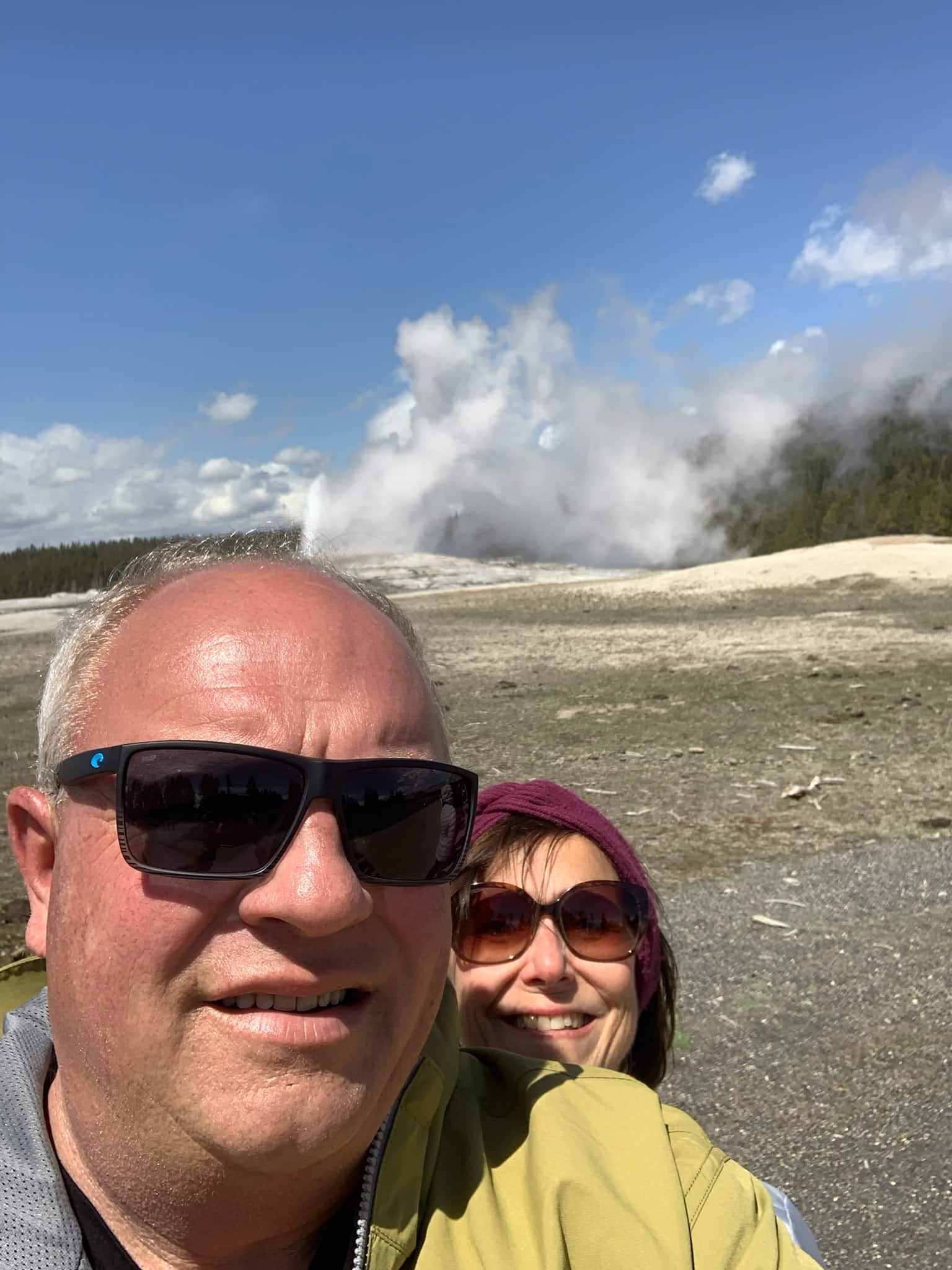 And thanks to decades of traveling for The Korte Company, Gary also has a stash of more than a million airline miles and top-tier hotel status he’s ready to share.

“Next summer, we’re taking a family trip to Hilton Head with all the kids and their families. And Mary and I will be doing more short little weekend trips, too. It’s all travel, but it’s a different kind of travel than I’m used to. It’ll be a vacation.”

For a lot of people who love working as much as Gary loves working, retirement can feel anticlimactic. But he grins when he talks about his plans. He’s worked hard for The Korte Company all his life. Now he’s ready to work at enjoying his hard-earned retirement.

After all these years, he deserves it. 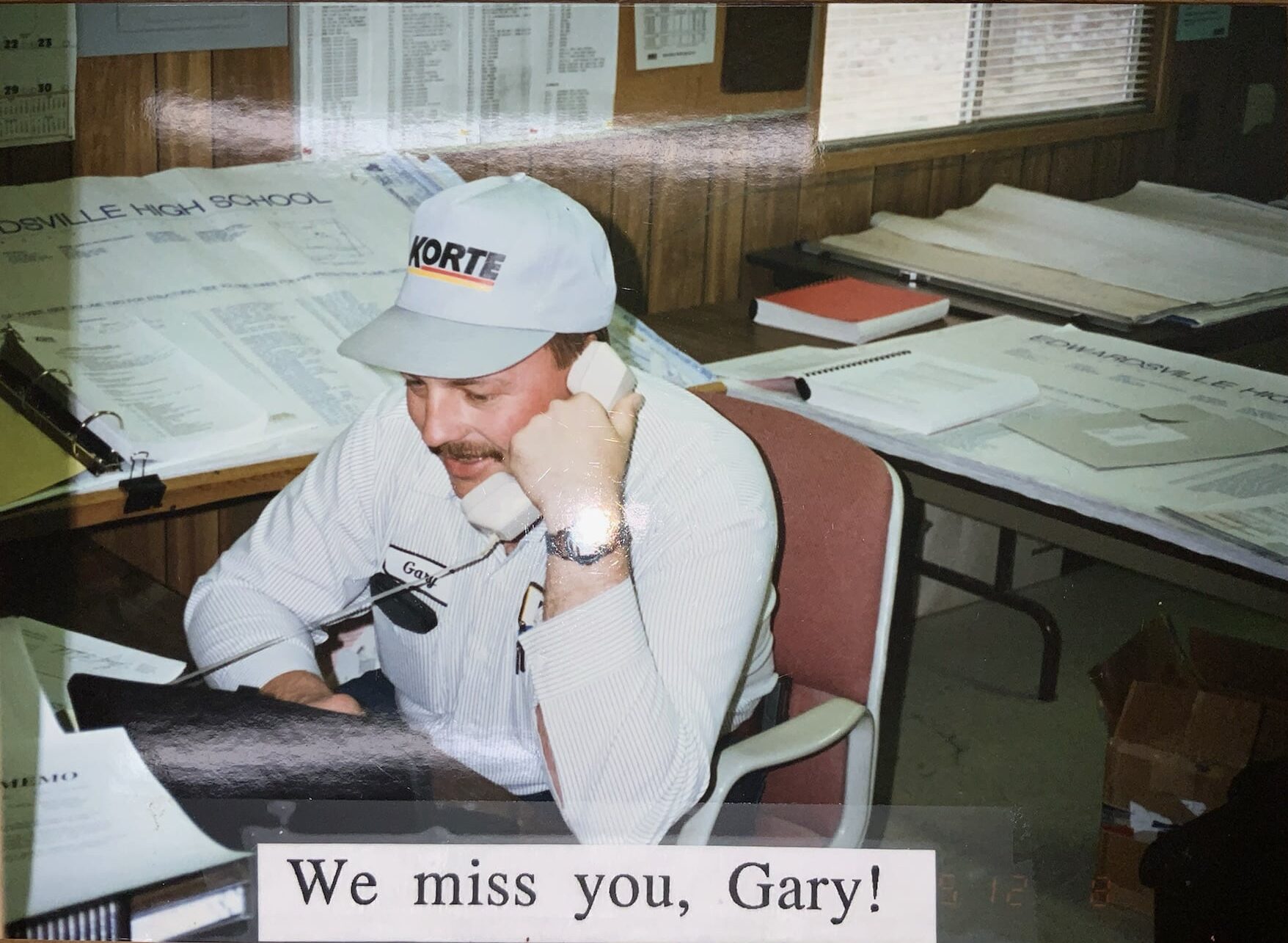