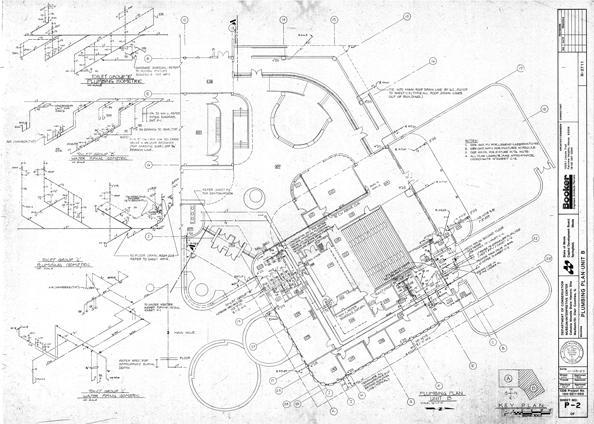 At The Korte Company, we have a proud history as a St. Louis construction company. And we’ve built a wide variety of historic landmarks in the region. In celebration of St. Louis’ 250th year as a city, we’re remembering our most historic builds. This historic St. Louis construction company has built at the Old Busch Stadium. As general contractors, we built on the site of the old Highlands Amusement Park. We built one of the region’s most crucial distribution centers that helps make our town a center of trade, and we also got to build one of St. Louis’ most important entrepreneurial hubs. This is the story behind the construction of the Cahokia Museum and Interpretive Center, one of the St. Louis area’s historic landmarks.

Cahokia Mounds used to be the biggest city in the U.S.

Where the Cahokia Mounds sit today, a bustling city once stood at the epicenter of a massive, sprawling civilization. One that spread from modern-day Wisconsin all the way to Florida and many places in-between. During the Pre-Columbian era, roughly 600 AD to 1600 AD, the Mississippian Culture and the tribes within it ruled this vast territory. And in what is now modern-day Cahokia Illinois, their greatest city was home to more than 40,000 people. That’s not a big number by today’s standards, but until the 1780s, it was the biggest known settlement in what is now the U.S., when Philadelphia’s population surpassed 40,000.

The area consists of more than 120 earthen mounds that sit atop a grand area. Historians estimate it took thousands of workers carrying more than 55 million cubic feet of earth in woven baskets to build them.

And as far as history is concerned, those workers and everyone in the city all left. The civilization just vanished. No record of the great city at Cahokia has ever been found in any other tribes’ histories. No account of what happened has explained its decline. But historians are actively researching the site now and have been for many years.

Historical significance of the site

In 1923, the Illinois State Legislature officially protected the Cahokia Mounds site, where 80 of those mounds are still visible. Excavation of the site has revealed that the civilization was the center of trade along the Mississippi River. After historians found many artifacts during digs in the 1950s and 1960s, the site was listed on the National Register of Historic Places on October 15, 1955 and was designated a National Historic Landmark on July 19, 1964. In 1982, the United Nations Educational, Scientific and Cultural Organization (UNESCO) designated Cahokia Mounds as a World Heritage Site — one of only 22 in all of the modern day U.S. The city that had been settled from roughly 900 AD to about 1250 AD has become one of the most important sites of Native American culture and still puzzles historians today.

Was it famine, war, natural disaster, disease or some other calamity that forced this great city’s people to abandon their home? We may never know. But we are able to study and remember them, thanks in large part to the Cahokia Museum and Interpretive Center, where their history and culture is preserved. 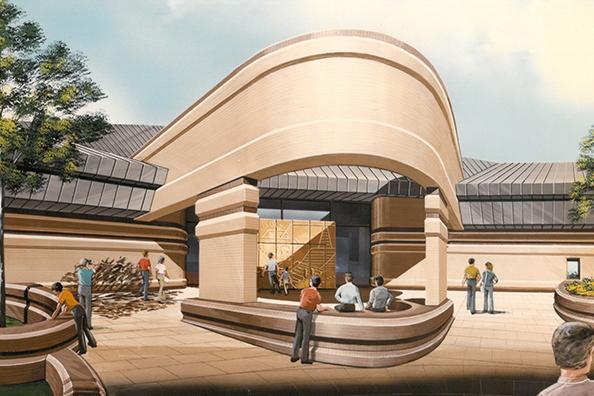 In 1989, knowing the historical importance of the site, the Capital Development Board of Illinois commissioned the construction of the Cahokia Museum and Interpretive Center. After design had been completed, they selected us as the general contractor to build the museum. And it involved some special construction work.

We built a theater in the museum for the viewing of informational films that describe the civilization. We also constructed a great glass display wall that serves as one of the distinctive features of the museum. The project won multiple awards. It earned the Outstanding Achievement Award from the Brick Manufacturer Association, the Merit Award from the Metal Construction Association, the Thomas H. Madigan Award, and the St. Louis Construction News & Reviews Readers Choice Award.

We’ve completed more than 2,000 projects throughout the U.S., and each one has a story. We regularly document some of the most interesting and historic builds we’ve completed, especially those right here in St. Louis. To learn a little construction history and get to know our company, fill out the form below and sign up for our 3627.