Well-designed, well-built museums have a way of suspending reality for a while. They easily direct your focus to whatever its subject matter may be.

Visitors may never think much about how a museum is built, but museum construction companies like us obsess over it.

Below, we discuss four key museum construction projects we delivered. Each presented some unique challenges, but they all helped us achieve a deeper understanding of what it means to create meaningful immersive spaces.

Museum construction is all about movement 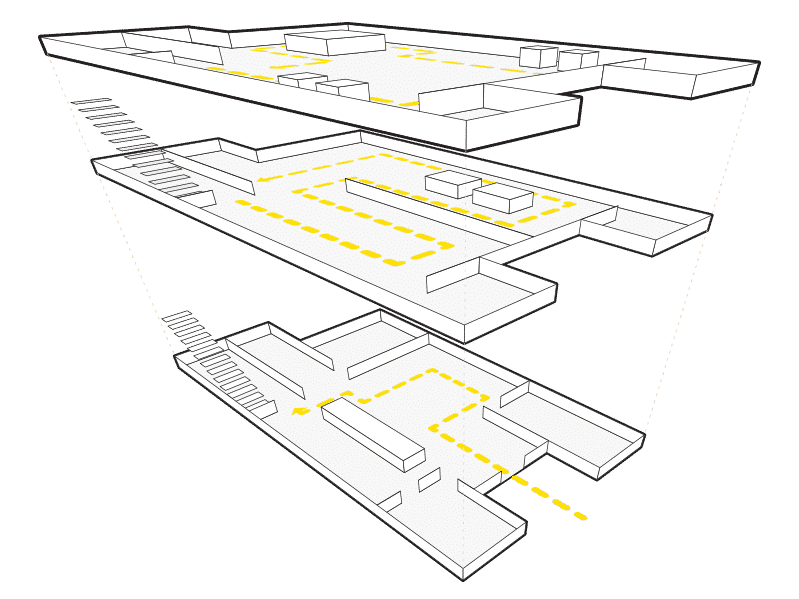 Most museums include multiple exhibits that visitors experience like stations. People move from stop to stop, often according to a pre-determined intent. Museums, then, must be designed and built around this movement.

We thought a lot about that when we built the Cahokia Mounds Museum & Interpretive Center in Collinsville, Illinois. The 35,000-square-foot space features a complex design including 1,500 lineal feet of footing and very few right angles. This maximizes the museum’s ability to comfortably channel visitors to its various focal points, including a large glass display wall, a wide-screen theater, a multi-purpose space and a retail area.

But “movement” in museum construction means more than just thinking about the literal flow of people and how that impacts the layout of support infrastructure.

On this project, narrative motion was just as important to us. The Cahokia Mounds Museum sets itself apart from other museums because it was built to enhance the fascinating story of a Native American civilization. As visitors move through the space, they also move through what we know so far about the mysterious mound-building culture that disappeared without a trace. 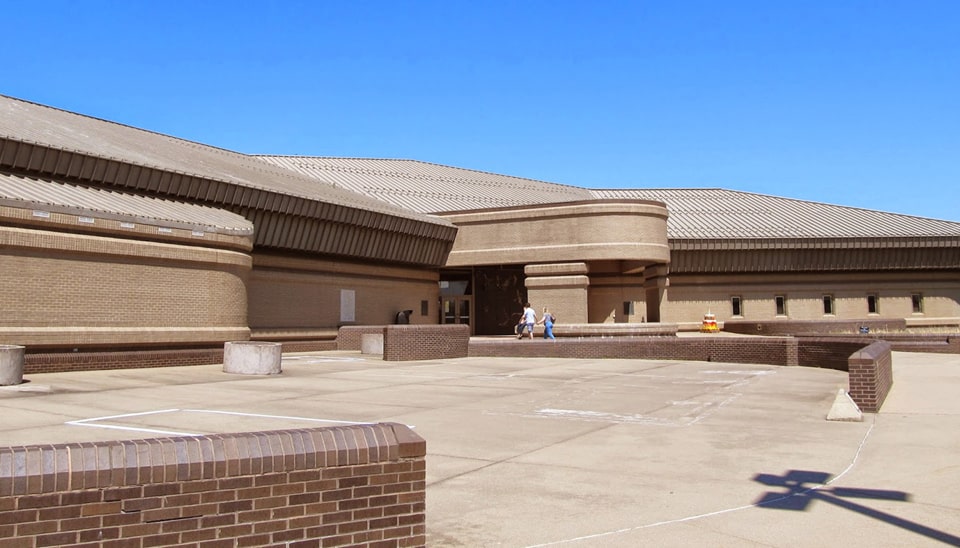 Multi-use museums are the future

Usually, the phrase “mixed-use development” envisions dynamic spaces featuring offices, retail, restaurants and housing. But the spirit of the term can apply to museums, too.

Case in point: The Shrine of Our Lady of La Vang in Las Vegas, Nevada, a recreation of a shrine in Hai Phu Village, Vietnam. The original shrine commemorates a Marian apparition and the subsequent construction of a church and shrine sacred among Vietnamese Catholics.

In addition to its primary role as a shrine, the space doubles as a museum, a place of worship and a performance venue. Building a structure with that many purposes meant we had to pull from a variety of other areas of construction expertise. 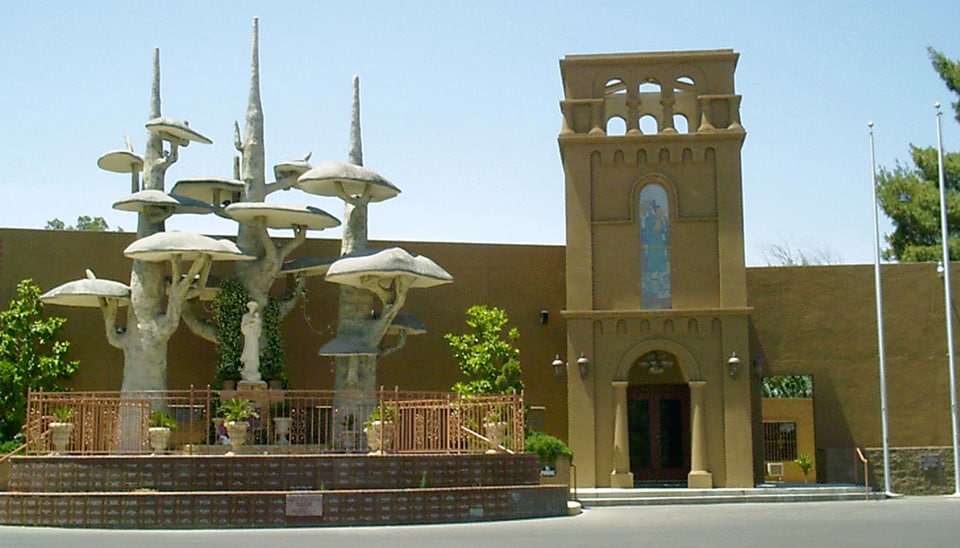 For instance, our experience building entertainment venues partially informed the way we approached the job. While the space is built to hold captive audiences, its floorplan also optimizes efficient movement of the audience as it comes and goes.

Within that floorplan we incorporated the narrative elements we learned when we built the Cahokia Mounds site.

Finally, we relied heavily on our church construction experience to unify the separate roles of the site under the shared spirituality of all who gather there.

You don’t need a blank slate to build something beautiful

Just a few miles from The Shrine of Our Lady of La Vang is DISCOVERY Children’s Museum in downtown Las Vegas. What made this job different from past museum construction projects is that we didn’t start with a patch of empty earth.

This 54,000-square-foot tenant improvement project was a prime example of how factors that potentially confine our imaginations instead presented unique opportunities for us to excel. 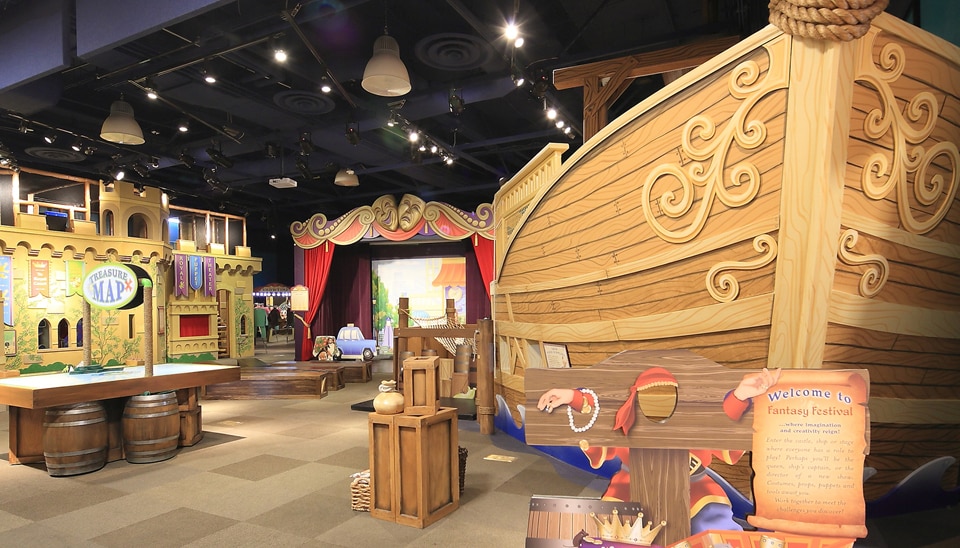 Nine distinct exhibition spaces allow the museum to showcase some of the best traveling exhibits on the road today. And the permanent showcase of the space is the WOW Tower, an eight-level structure children can climb up from ground level to an observation point above the museum’s atrium.

On its face, this was a successful museum construction project. But it’s not just a museum. This space where children explore and expand their curiosities also plays an important role in the comeback story of one of America’s once-forgotten downtowns.

Another great example of working with an existing structure is the Puget Sound Navy Museum in Bremerton, Washington. 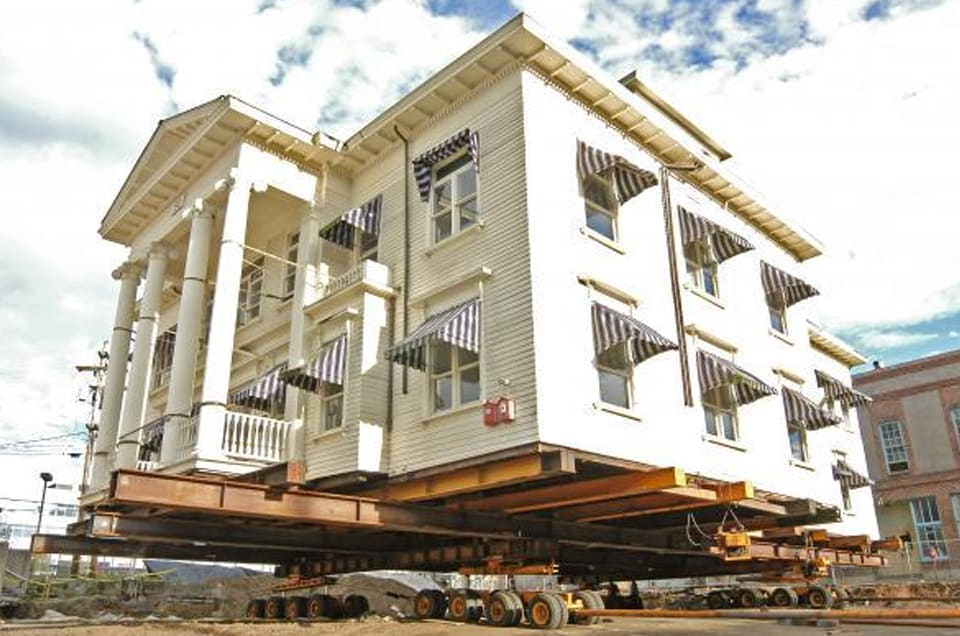 The museum has a long, busy history: Founded in 1954, it hopscotched from place to place within or nearby the U.S. Navy’s Puget Sound shipyard. It finally settled in its current location beside the Bremerton Terminal in 2007.

Our involvement with the museum began shortly after the U.S. Navy transferred ownership of the structure that would eventually contain it to the City of Bremerton. That structure was once known as Building 50, a mansion-sized naval administrative building originally built in 1896.

A $6 million historic building renovation preserved Building 50’s classic design elements while catering to the needs of a modern museum and its visitors. Then, we capped off the project by carefully lifting the building and moving it to its present location.

It was the third time the structure had been relocated.

Museums are some of our most important cultural spaces. They’re social focal points for the shared benefit of the communities they serve. As tastes and curiosities evolve, museums must do the same.

Perhaps the most important lesson we’ve learned in our experience building museums is one we’ve also learned building brick and mortar retail spaces. Museums, just like modern malls and other retail locations, need to offer users something they can’t get anywhere else. In retail, it’s the difference between a purely transactional space and an experiential one (you can learn more about that in our guide to retail construction).

By applying our experience working in a wide range of markets to museum construction, The Korte Company builds flourishing next-generation museums that become cherished mainstays in their communities.

Top 9 things you should know before a construction project

Owners planning to build a new facility have a big job on their hands, and they may not know where to begin. Here, we share nine critical steps owners should take to get their Design-Build projects off the ground. Fill out the form below.